El Cajon, California—Today Taylor® Guitars is excited to introduce a brand-new body shape — The Grand Pacific . Developed by master guitar designer Andy Powers and leveraging Taylor’s new sonic engine, V-Class bracing, the round-shoulder dreadnought adds a dramatically different tonal personality to the Taylor line. As an alternative to what many consider to be “the Taylor sound,” the Grand Pacific adds a new voice to a dreadnought category defined by traditional, legacy models. The new body shape will be available in three new models: the Builder’s Edition 517 , Builder’s Edition 717 and 317.

“It’s been so fun to watch and hear how musicians of every style have taken to the wide range of expression that-Class guitars delivers in our introduction of these instruments last year,” says Andy Powers. “ I’m thrilled to hear players exploring new reaches in their musicality and making good use of these guitars."

One of the most impactful aspects of the V-Class framework is its flexibility as a voicing platform, one that has enabled Powers to shape an acoustic guitar’s tonal character in unprecedented ways — opening the door for dramatic new designs such as the Grand Pacific.

BUILDING ON TRADITION
In a dreadnought category known for traditional, legacy models, the Grand Pacific introduces a voice that is both familiar and unique. It combines warm, seasoned tone with modern Taylor playability, reliability and intonation.

“ I wasn’t interested in building another version of an existing dreadnought, ” says Powers of the design. “ Those guitars already exist. This guitar makes sounds that are deeply familiar yet unattainable with any other guitar. With the help of our V-Class bracing architecture, we’ve captured everything we love about a venerable acoustic guitar sound and added other sonic improvements that we think will appeal to a wide array of players.”

With the debut of the new body shape, Powers has delivered on the promise of V-Class bracing as a powerful tone-shaping platform. In this case, the bracing system eliminates the problematic low-end woofiness often associated with dreadnoughts. With the Grand Pacific, players will experience clear power in the low end, which means a more musical, usable tone.

A VERSATILE NEW SOUND FOR TAYLOR
Over the years, the Grand Auditorium has become Taylor’s most popular body style, synonymous with what people identify as “the Taylor sound.” To many, it’s a modern acoustic voice — clear and vibrant, with notes that are well-defined. By contrast, the new Grand Pacific produces a sound with a different tonal character altogether — warm and seasoned, with notes that overlap and blend together smoothly. Using the V-Class voicing platform, Powers not only improved the bass response, he enhanced other frequencies to create consistently powerful notes across the tonal spectrum. This helps make the Grand Pacific a remarkably versatile guitar that will fit in among bluegrassers, singer-songwriters, and even fingerstyle players.

“This guitar isn’t confined the way a dreadnought guitar can be,” he says. “It has strength and power, but it also has clarity and playing comfort.”

Building on the success of Taylor’s Builder’s Edition V-Class models from 2018, the Grand Pacific launches with two inspiring Builder’s Edition models made from the classic tonewoods rosewood and mahogany, each paired with a torrefied Sitka spruce top, as well as a 300 Series model made from sapele and Sitka spruce. The new shape will be offered exclusively as a non-cutaway.

“It feels like the guitar has already been played for a while; maybe refretted once or twice ,” Powers says of the rolled fretboard edge treatment. “ That hard edge is just gone."

The 717 and 517 will be available starting at street prices of $2,999 and $2,799 respectively. Both models will be offered with natural or burst tops as well as with or without electronics. 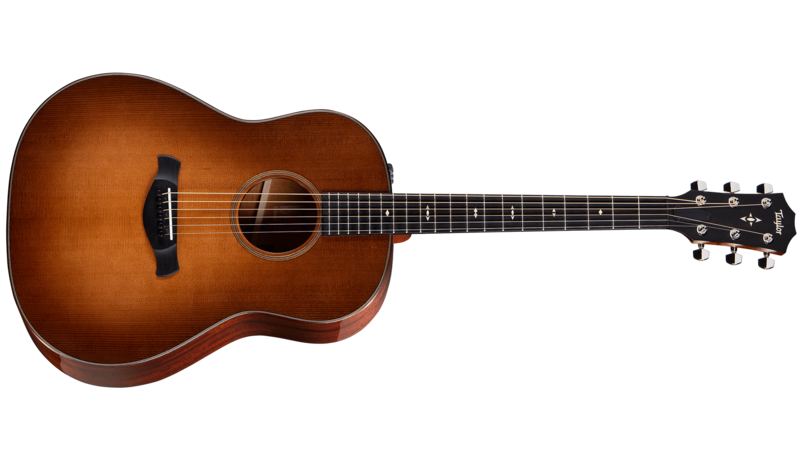 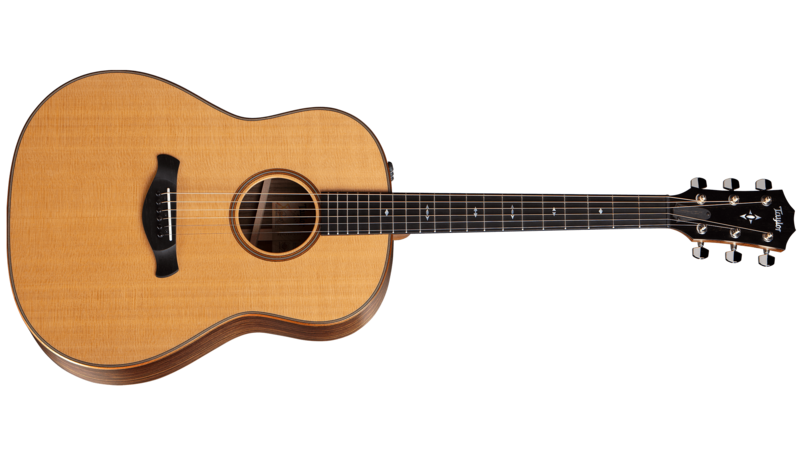 317e
Taylor’s 300 Series offers the most approachable entry point in the Taylor line to introduce the Grand Pacific, and Powers was eager to make it happen. “ You can do so much with this guitar, ” he says. “ You can take it to your open mic night, to the club dates and bar gigs, busk on a street corner, play with friends .” The clear sonic focus of the sound of the 317 will benefit singer-songwriters playing solo and ensemble scenarios in other ways as well. The 317 features include: 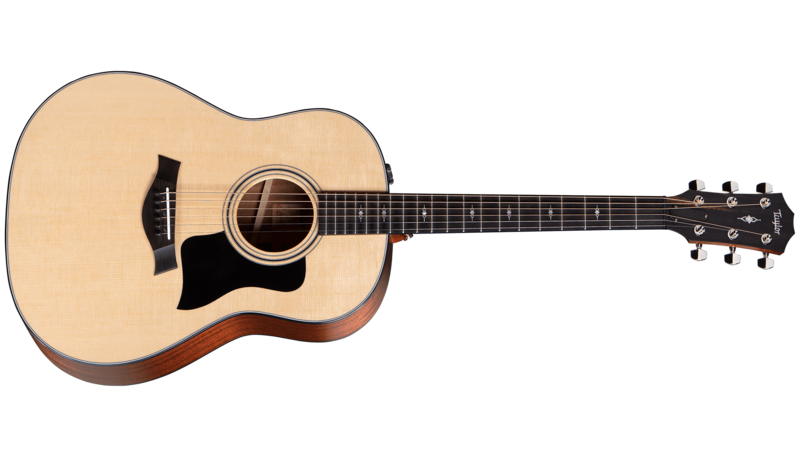 The 317 will be available starting at a street price of $1,699 and will be offered with and without electronics. 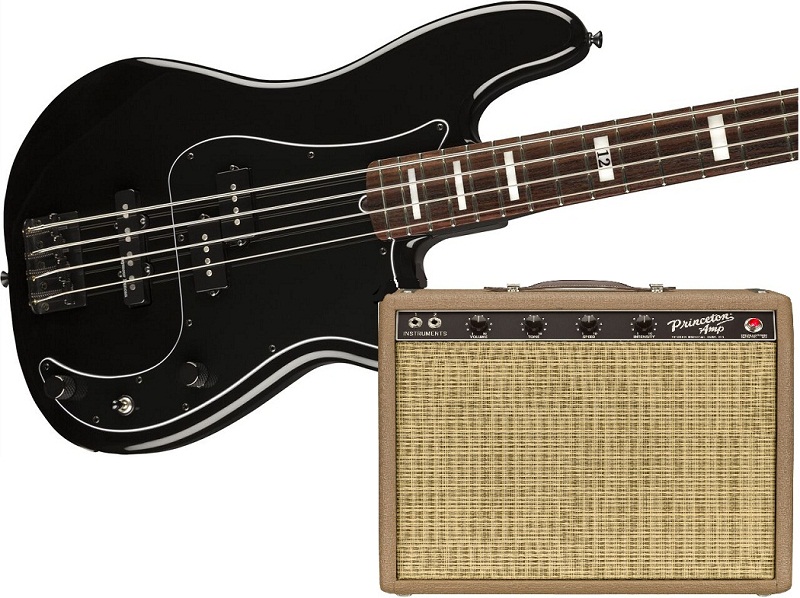 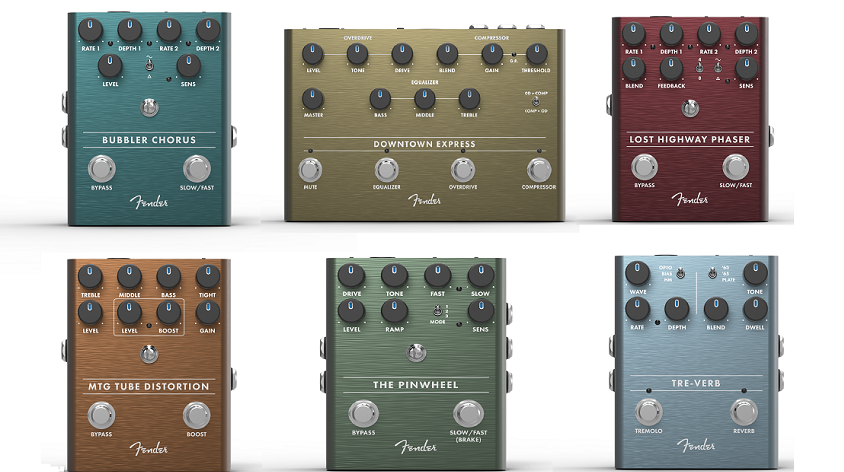