(Los Angeles, CA - February 19th, 2019) - While on their current UK/Europe tour, Buckcherry filmed the official video for their debut single, "Bent", off of their forthcoming album, Warpaint, out March 8th. Director Phil Wallis jumped on the bus when Buckcherry arrived at Heathrow airport and filmed the band nonstop in Manchester, Bristol, and London. The video captures the band on and off stage in those three cities.

Warpaint is currently available for preorder physically and digitally. Anyone ordering digitally will receive "Bent", "Head like a Hole", and the title track "Warpaint" as instant grat tracks.

After completing the European portion of their "Warpaint" tour, Buckcherry will begin the first leg of their North American tour in Sacramento on March 6th and ending May 5th. The second leg runs from the end of May through September and will be announced late March. Roadrunner recording artist Joyous Wolf will join the band as direct support on leg one. 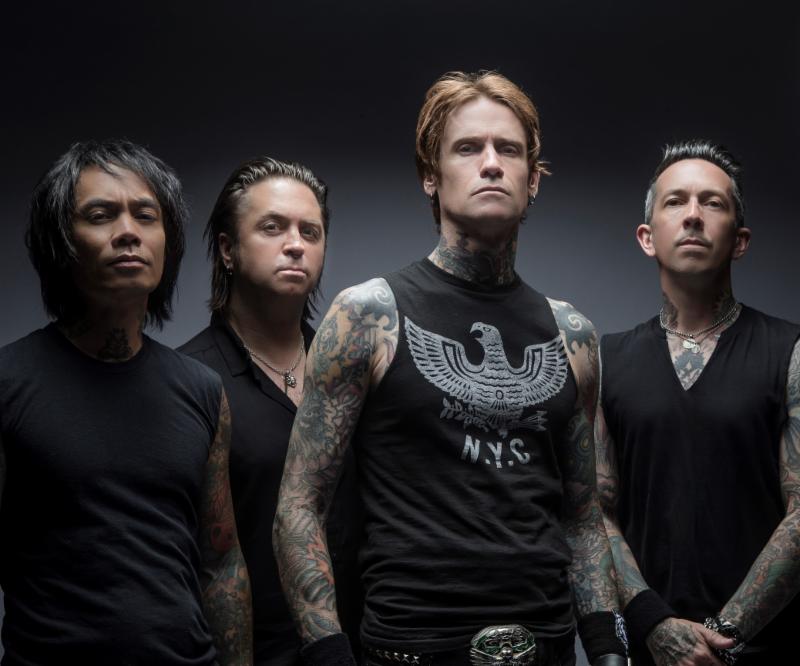