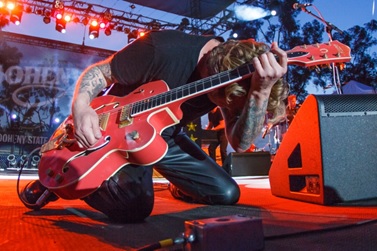 The U.S. "ROCKABILLY RIOT!" dates begin August 5 in Lancaster, PA and wrap August 30 in Henderson, NV (see the full itinerary below). Tickets go on sale to the public on Friday, March 29 at 10:00 AM, local time.

SETZER's rockin' style and guitar assault always leave audiences smiling, and his red hot compadres are Noah Levy on drums, Kevin McKendree on piano/guitar and Mark Winchester on bass. They'll be jumping into the most electrifying songs from Brian's 40-year career as a solo artist and as a Stray Cat. Highlights will include "Let's Shake," "Ignition" and "Nothing Is A Sure Thing," along with such Stray Cats gem as "Rock This Town," "Rumble In Brighton" and "Stray Cat Strut."

"When you look up rockabilly in the dictionary there is a picture of Mark Winchester," notes SETZER. "He grew up slapping the bass and is in a class of his own. The relationship with the drummer and the bass player in rockabilly is very unique. The slap bass is a rhythmic sounding instrument, so the drummer has to be very in time with him in order not to sound sloppy. Noah Levy is a very on-the-beat solid drummer, whereas me, as a guitar player, I push everything while they hold it all in place. And when you're talking about the great rockabilly piano players, it's a very short list, and Kevin McKendree is on it. And he also plays guitar incredibly well. We all just complement each other."

Asked what he'd like to overhear fans saying after a gig, SETZER says: "I would love to hear, 'You know, that Rockabilly Riot squad has all the energy and great things I like about the original rockabilly sound, yet they're a modern band making this music sound new."

In late 2016, SETZER released his live Blu-Ray/CD package, BRIAN SETZER'S ROCKABILLY RIOT: OSAKA ROCKA! -- LIVE IN JAPAN, a sizzling rockabilly album from start to finish that highlights the same band. More information on the Blu-Ray/CD can be found here.

Meanwhile with summer BBQs around the corner, fans might want to spice things up with Brian Setzer's Rockabilly Rub. Available now, the all original recipe rub features Brian's custom blend of spices and can be purchased here. 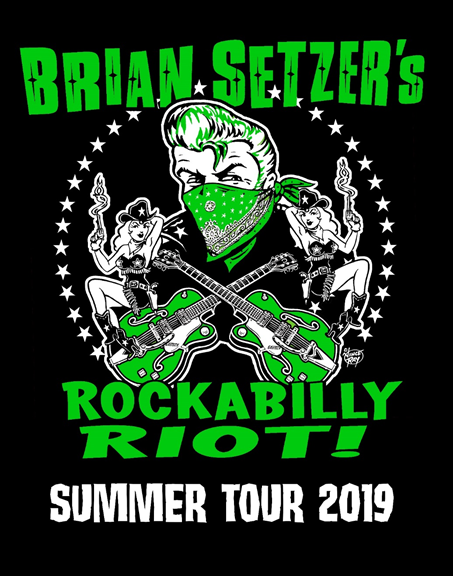 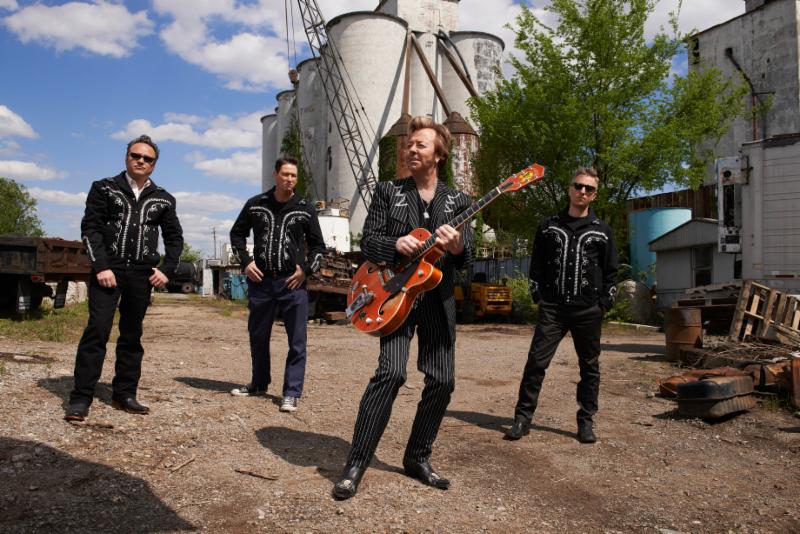 ABOUT BRIAN SETZER:
Iconic guitarist, songwriter, vocalist and 3-time Grammy-award-winner BRIAN SETZER is a "Musician's Musician" credited with continually taking chances with innovative and daring musical styles. Setzer is widely credited for taking two forgotten genres, rockabilly and swing, adding his own blend of gunpowder and rockin style, and completely reinventing and single-handedly resurrecting them in the process. Along the way, he has scored chart-topping hits, sold 13 million records and received the Orville H. Gibson Lifetime Achievement Award throughout his decorated career as founder/leader of the Stray Cats, his 19-piece Brian Setzer Orchestra, and as a solo artist. He is consistently cited as one of the world's greatest living guitarists, and has a best-selling, extensive line of elite Gretsch signature model guitars bearing his name. BRIAN appeared in the 1987 film, La Bamba, portraying rockabilly pioneer Eddie Cochran. In 2002, BRIAN earned the privilege of being one of the few musicians to be animated in an episode of "The Simpsons." That same year, SETZER was personally requested to induct Chet Atkins into the 17th Annual Rock and Roll Hall of Fame. SETZER had the honor of being invited in 2006 to perform at the White House for the President of the United States. In 2014, SETZER received the distinct honor of being asked by the Smithsonian Institution in Washington, D.C. to donate a replica of his original 1959 Gretsch 6120 "Stray Cat" guitar, joining an elite collection of iconic treasures at the museum. 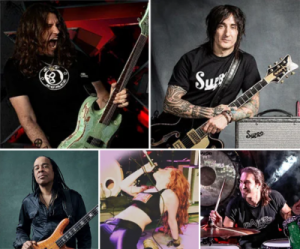 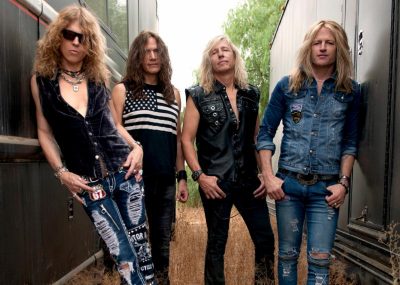