TWO-LP SET OFFERS 18 ESSENTIAL HITS, INCLUDING “LOSING MY RELIGION,” “DRIVE,” “MAN ON THE MOON” AND “EVERYBODY HURTS”, AVAILABLE JUNE 14th.

is pleased to announce the vinyl reissue of R.E.M.’s platinum-selling collection, In Time: The Best of R.E.M. 1988-2003. Available for the first time on vinyl in over 15 years, the album includes 18 songs from the Athens, GA alt-rockers, spanning 1988’s Green to 2001’s Reveal, plus two previously unreleased tracks. The double-LP set—which makes its debut on audiophile-quality, 180-gram vinyl on June 14th—is housed in a deluxe gatefold jacket. In addition to the wide reissue of In Time, a special version—pressed on translucent blue vinyl—will be available exclusively at Barnes & Noble. 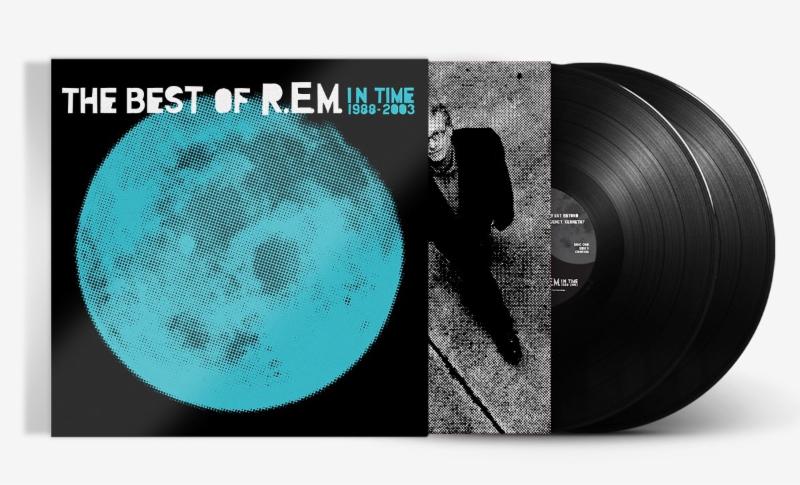 Originally released in late 2003, In Time serves as an opportunity to reflect on the astonishing creative and cultural influence that R.E.M. offered during the height of their 30-year run together. One of the most revered groups to emerge from the American underground, singer Michael Stipe, guitarist Peter Buck, bassist Mike Mills and drummer Bill Berry—who amicably retired from the band in 1997—helped originate college rock during the post-punk scene of the ’80s, and went on to become one of most popular and critically acclaimed bands in the world; their idiosyncratic blend of brash tunefulness, poetic lyrics, chiming guitars and evocative vocals served as a soundtrack to the cultural tide of the late ’80s and ’90s.

The songs included on In Time offer more than just a collection of charting hits. Rather, listeners will hear the evolution of a band on the rise, reaching and surfing the peak of its fame. In his original song-by-song liner notes, Peter Buck writes, “If you think about it, our career can be divided into…two parts: pre-‘Losing My Religion’ and post-‘Losing My Religion’.” Buck explains that before the band’s breakthrough, chart-topping 1991 hit, “R.E.M. was a large cult band touring ten months a year. Respected and successful, we were still considered kind of minor league. Afterward, we had hit singles, platinum albums, we were on the covers of all kinds of unlikely magazines, and, at least for a couple of years, were one of the biggest bands in the world. All of which is irrelevant.”

Highlights from In Time include fan favorites like “What’s the Frequency, Kenneth?” (off 1994’s Monster), “Orange Crush” from Green (1988), and “Daysleeper,” from 1998’s Up. Listeners can also expect R.E.M.’s most iconic hits, like Automatic for the People’s soulful hit single “Everybody Hurts,” a song which, Buck recounts, “doesn’t really belong to [the band] anymore; it belongs to everybody who has ever gotten any solace from it.” 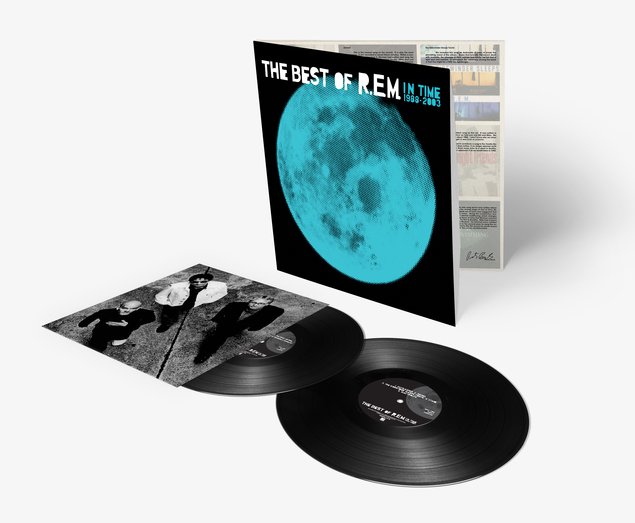 Among the 18 tracks on the compilation are two songs which had previously been exclusive to soundtracks: “All the Right Friends,” from 2001’s Vanilla Sky, and “The Great Beyond,” written for the 1999 Andy Kaufman biopic, Man on the Moon; a film which borrowed its title from R.E.M.’s 1992 single about the late comedian. Also on the album are two previously unreleased tracks, 2003’s “Animal” and “Bad Day,” a song which was conceived of in the mid-’80s, but remained unfinished until 2003.

Having established a powerful legacy as one of the most enduring and essential rock bands in popular music history, R.E.M. pioneered the alt-rock movement of the ’90s, influencing the likes of Nirvana, Pavement and Pearl Jam. Formed in 1980, the group enjoyed an extraordinary three-decade-long run of creative vitality and multi-platinum sales before amiably disbanding in 2011. Despite great success, the band members never lost track of their core values—remaining outspoken in their views about political, social and environmental issues, and never wavering when it came to artistic integrity. Throughout the course of their career together, R.E.M. released a total of 15 studio albums, won three GRAMMY® Awards and were inducted into the Rock and Roll Hall of Fame in 2006. 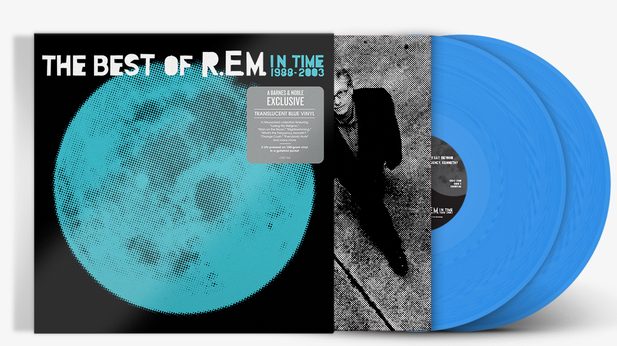 Click here to stream In Time: The Best of R.E.M. 1988-2003
Click here to pre-order the 2-LP
Exclusive merch bundles are also available at the official REMHQ.com store. 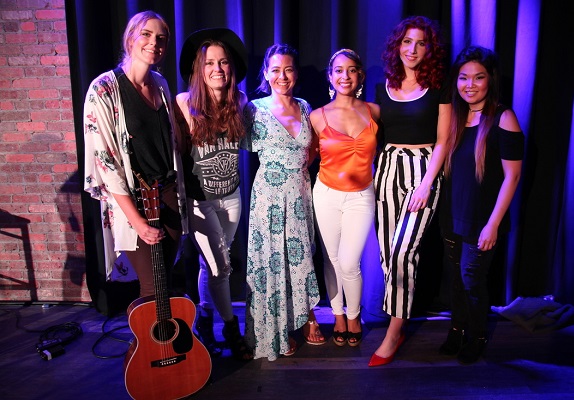