May 9, 2019 - IK Multimedia has updated their UNO Synth Editor for UNO Synth, their award-winning analog synthesizer. This update adds a new librarian feature, letting users browse, organize, manage and transfer presets between their devices and their hardware unit faster and easier than ever. In addition, it provides a faster way to access and use UNO Synth's ongoing series of custom presets from celebrated synth artists and influencers.

A personal librarian at your fingertips
The UNO Synth editor provides seamless integration and control of every parameter, and allows for easy customization of presets and for preference editing. When using it as a standalone application (Mac/PC/iOS), a newly created Presets tab enables access to the librarian feature. The librarian allows users to organize and move presets, as well as move multiple presets at the same time.

The librarian is divided into two main areas: the Presets Library and the Hardware Presets: 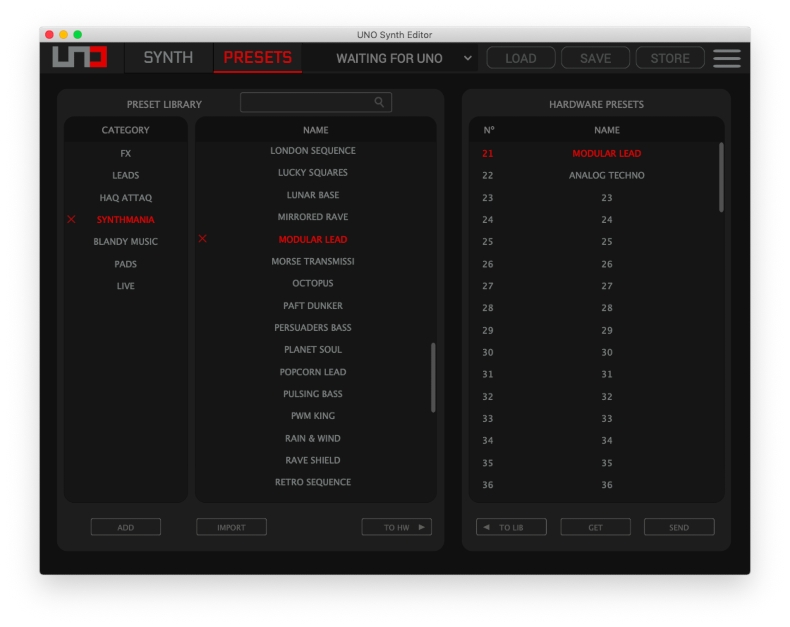 The Presets Library now shows all presets saved on the user's device, to quickly browse, audition and search. Featuring a familiar and easy-to-use list view and easy folder creation, the presets library allows users to create custom preset libraries (especially useful for designing live sets for performance), and mix and match favorite presets. Presets can be arranged by user-defined categories, and new presets can be added easily, just by dragging presets or folders into the Editor.

The Hardware Presets area shows a list of the presets that are currently on the UNO Synth itself. Users can quickly add and re-order presets from their Library to the device, or store presets created on the unit itself in their library, all with the touch of a button. Bulk transfer makes it easy to transfer up to 80 presets at once, to quickly prepare the Synth for performances or situations.

Professional presets for added inspiration
IK is also excited to launch the next in their series of custom artist presets, also now available in the Editor. With the release of 80 new presets from well-known synth enthusiast Synthmania, this collection now features nearly 240 total free presets from artists such as Haq Attaq, Blandy Music and more. The new librarian feature in the UNO Editor makes it easy to download and import these presets, either one at a time or all at once. Presets can be mixed and matched, and saved for use anywhere, anytime.

About UNO Synth Editor
The UNO Synth Editor is a plug-in and standalone app that lets you access all the parameters of IK's groundbreaking UNO Synth, the real analog synthesizer for everyone. The Editor lets you go beyond the front panel controls and access deeper programming settings. UNO Synth responds to parameter changes from the editor in real-time, while the editor can track changes made on the UNO Synth's front panel for seamless workflow. 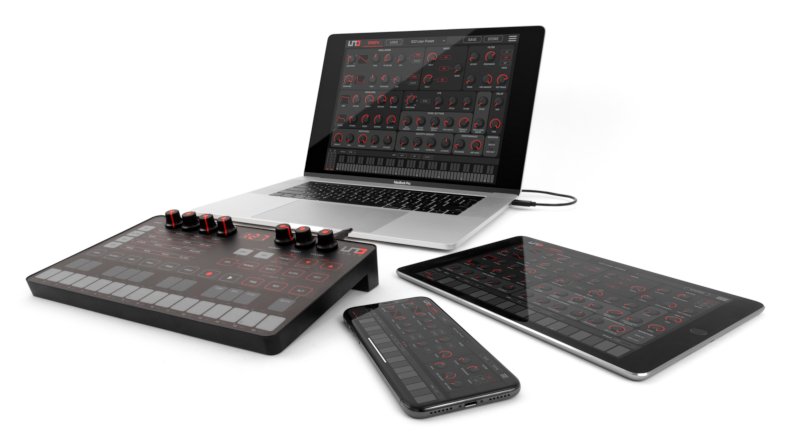 The Editor can also be used as a software plug-in (Mac/PC) for all major DAWs including Ableton Live, GarageBand, Logic, Pro Tools, Cubase, Studio One, Reaper and more, for seamlessly creating, storing and recalling settings in a session. For iOS* mobile musicians, the editor is also available as a free download for both iPhone and iPad, with full support for the new iPhone X. The UNO Synth Editor app offers all the same great control as the Mac/PC version.

And now, with the new Librarian feature in stand-alone mode, the UNO Synth Editor is also an incredibly powerful preset management system, letting you organize, browse, audition, search and transfer presets between UNO Synth and your device, making it easy to manage an endless library of rich, warm analog tones.

With 100 presets, an easy-to-play capacitive-sensing keyboard with selectable scales and an arpeggiator, UNO Synth is a perfect gateway into the synthesizer world. Experienced pros will also love its rich sound and easy portability.

How to obtain
The UNO Synth editor is available as a free download for Mac/PC, with iOS support coming soon. For more information and to download the editor, please visit: www.unosynth.com/editor 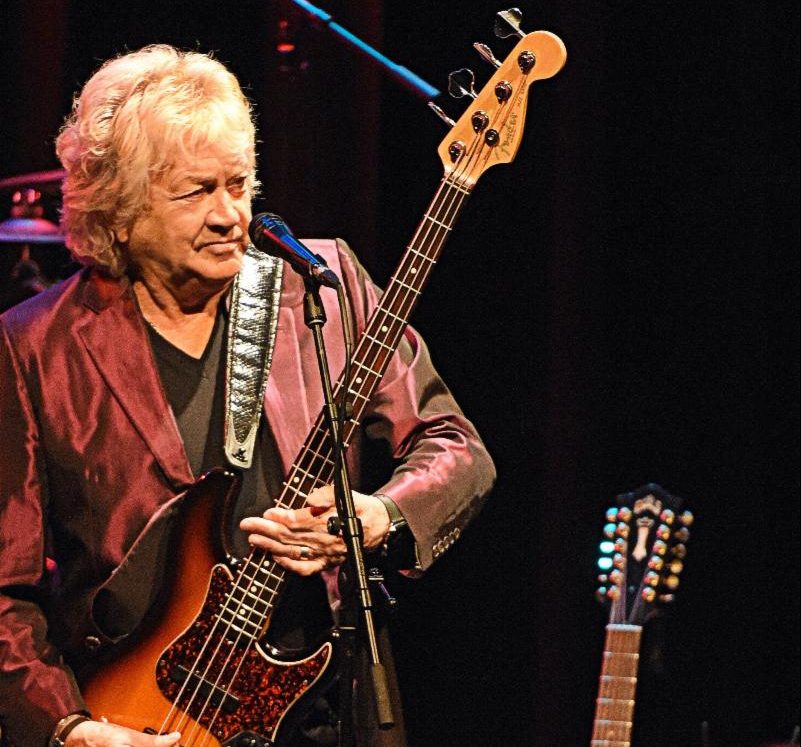 JOHN LODGE OF THE MOODY BLUES TO ... 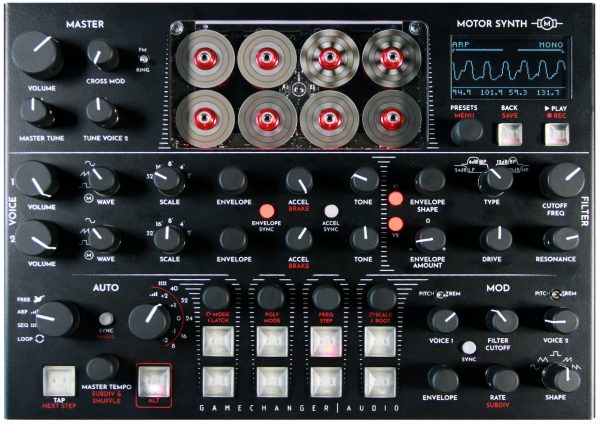