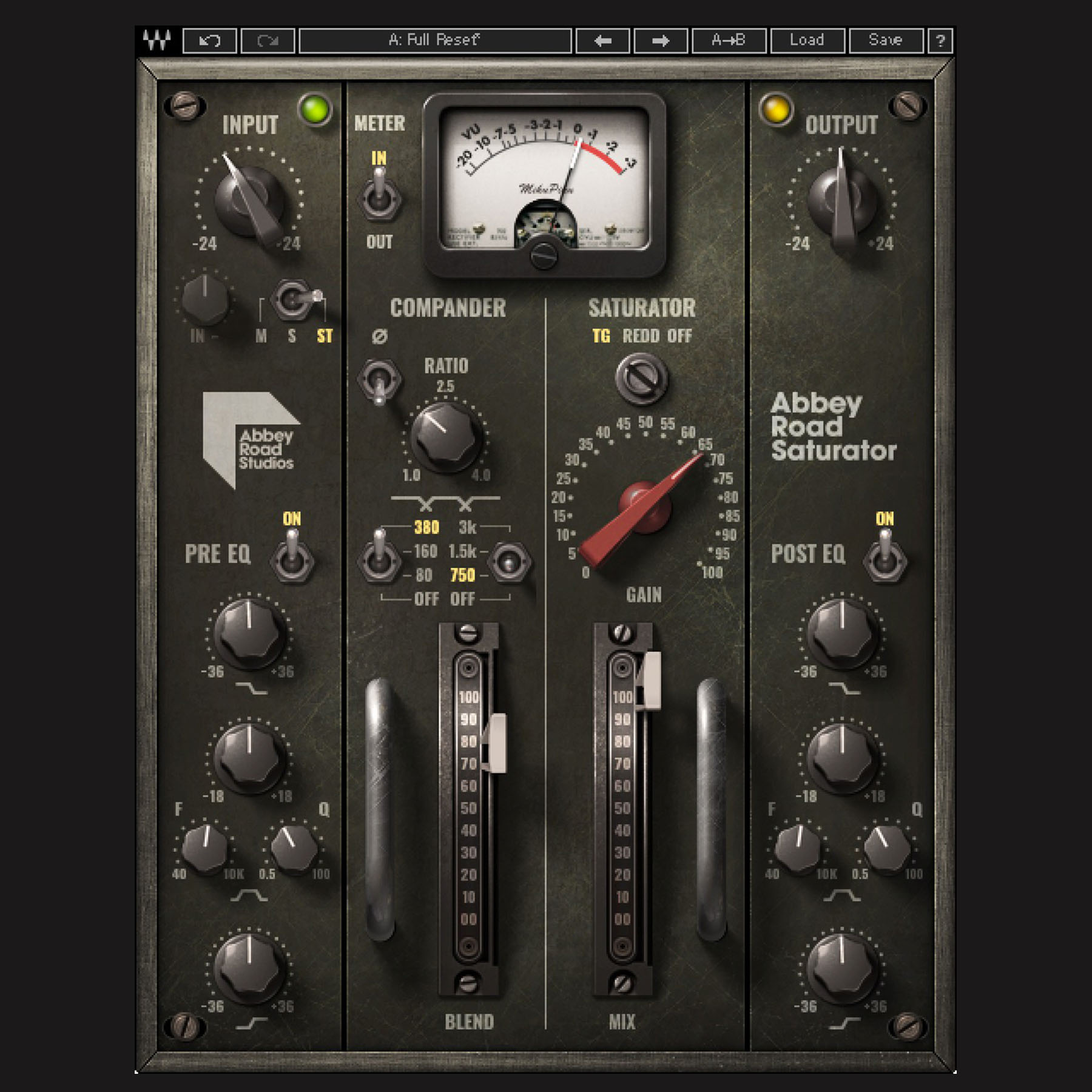 Abbey Road engineers were known to experiment endlessly with the wealth of original EMI gear at their disposal—pushing the equipment to its limits and reaching “happy accidents”; this plugin captures the very happiest of such accidents.

In 1962, EMI Central Research Laboratories patented a tape noise reduction system called the TG12321—a “compander” that compresses on input (encoding) and expands on output (decoding). The first generation of pop engineers at Abbey Road discovered that using the encode-only part of the process resulted in a beautiful high-frequency emphasis that added air and excitement and helped instruments cut through the mix. Pioneering Abbey Road engineers, including Peter Bown and Geoff Emerick, were fans of using the TG12321 in this unusual way.

This plugin gives you flexible control over the Compander’s crossover frequencies, allowing it to focus in on different ranges depending on the source material: lower settings will be at home on bass and kick drums, higher values will afford unmistakable shine to vocals. The added phase knob causes the saturation to work in parallel, dramatically altering the personality of the distortion harmonics.

The plugin also sports M/S processing options, letting the distortion apply either in stereo or to the mid or sides separately. Activate this beast on drums, drive the centered kick and snare into beefy levels, and leave the sides (overheads and cymbals) clean and sparkling.

From subtle harmonic enhancement that helps any instrument poke through a mix, to powerful distortion effects that strip an instrument of its original character and create an entirely new effect—Abbey Road Saturator is a singular twist on what we know saturation and distortion plugins to be. 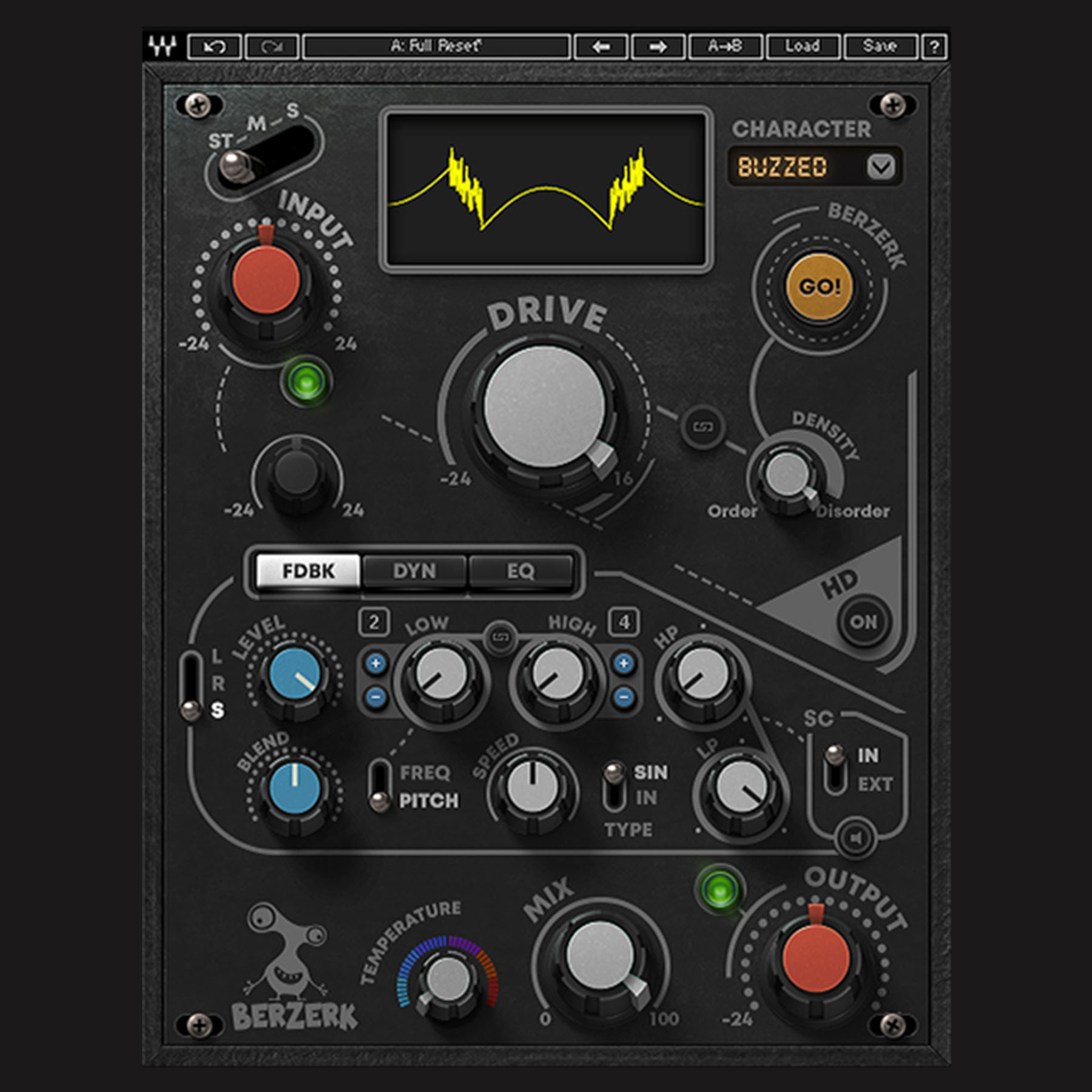 Waves engineers started to design Berzerk by first amassing a large array of well-loved distortion units of all types: amps, tube devices, stomp boxes and old analog units. They then went on to develop original custom wave shapes based on their all-time favorite distortion curves.

Waves Berzerk includes 10 unique shapes, each with its own personality. Some transform the sound to add grit, dirt and character; others reach unprecedented sonic extremes.

The “Go Berzerk!” button creates random variations in each waveshape, letting you personalize the signal. Turn the Density knob to shift the waveshape in amplitude; the unique Feedback section is like an on-board analog synth. It can either run a tunable sine wave through the signal, producing interesting bass lines, melodies or rhythms; or it can oscillate while “riding” the input—think “crazy” synthesized vocal FX. It also includes a Speed knob to shape the groove, as well as octave, pitch, range and blend adjustments—all of which you can sidechain.

The Dynamics section sits before the distortion and twists the character of the generated harmonics. The “Up/Down” knob controls a gate/expander, which, after setting the threshold, will affect the range of sound affected by the clipper. The “Rider” option rides the amount of gain hitting the distortion, giving you full dynamic control.

Berzerk also offers unique M/S processing, distorting only the mids or just the sides when needed; a master Temperature knob to control the overall color and feel of the output; and an overall mix knob. 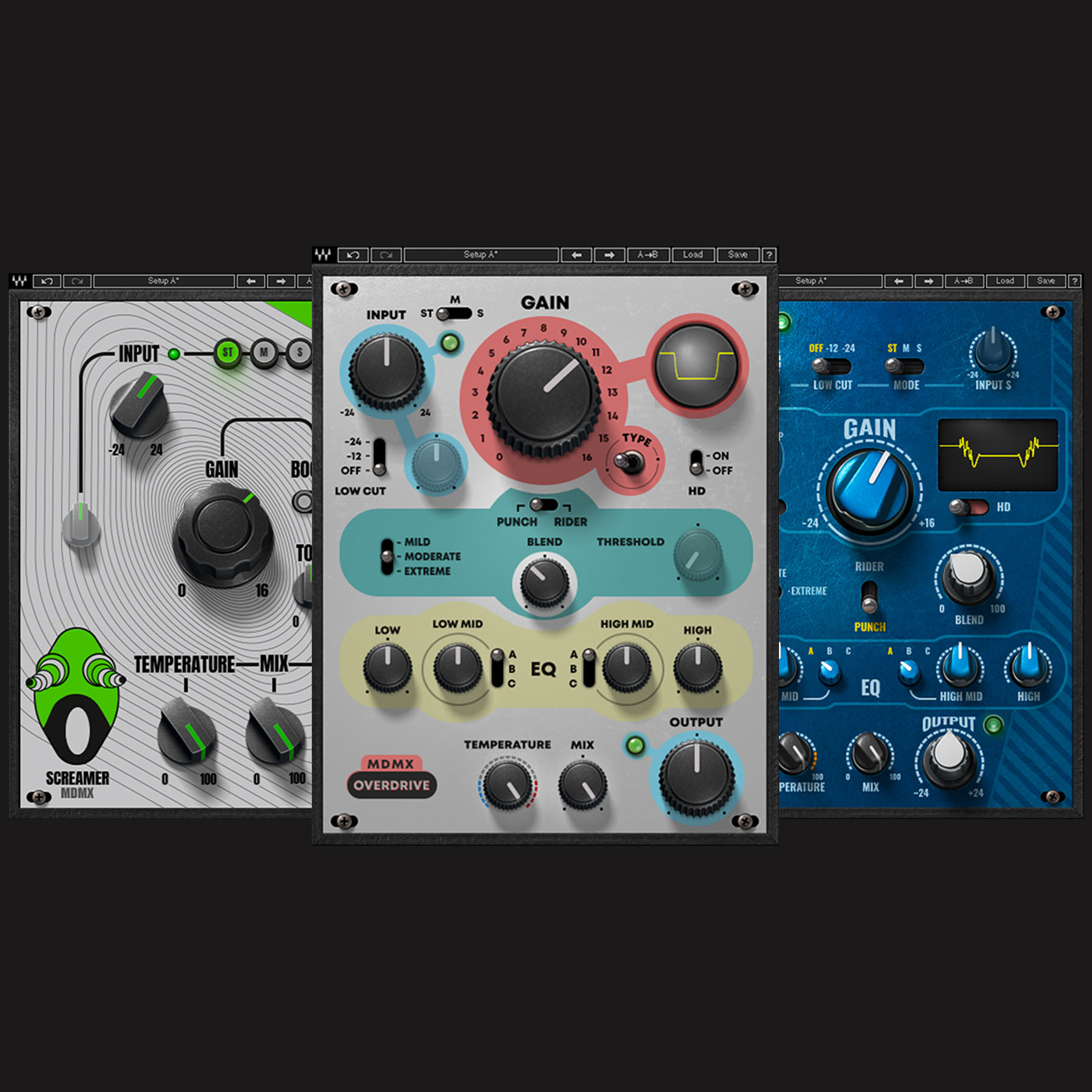 Waves MDMX Distortion Modules includes three distortion plugins based on musicians’ all-time favorites:  SCREAMER, OVERDRIVE, FUZZ. From classic fat round overdrive to freaked-out fuzz flavors, this oversaturated color palette gives you quick access to the greatest distorted sounds you know and love. The MDMX plugins offer serious tweakability: On-board dynamics, EQ and tone controls; “Temperature” controls to tweak overall color and warmth; Mix controls to blend the clean and distorted signals; and M/S processing to distort just the mids or sides of the signal—a great way to fit an instrument into the mix and change the way a sound related to the space around it.

SCREAMER: offers a fat, round saturated tone without being spiky—the kind of sound conjured from an overdriven tube amp. It boasts an unmistakable midrange hump in the 470-750 Hz range, delivering a smooth tone that flatters synths, bass, guitars and vocals. Features include: a BOOST knob adding 6 dB of gain in the mids; a TONE control acting like a hi-fi system tilt; a TEMPERATURE control to blend a custom master EQ curve, affecting the “color” and warmth of the overall effect; a MIX knob for blending the distorted and original signals an unique M/S processing options allowing you to overdrive just the mids or just the sides.

OVERDRIVE: The most versatile plugin of the trio, this module can add both subtle and not-so-subtle edge to a part. Its soft-clipper musically enhances an instrument, vocal or sample while maintaining the original character. Use it when you need the performance to stand out in the mix without necessarily hijacking center stage. Dialed in more aggressively, it has a pronounced overdrive that can be tailored and tuned for precise results. Overdrive includes two drive types: The first is higher gain with a greater emphasis on low frequencies, and the second focuses on the high end. The compressor section has a Punch mode, which acts as a fixed-ratio compressor with a choice of mild, moderate or extreme; a Rider mode, which acts like a gate and will behave dynamically; and a Blend knob, which mixes the dry signal with the dynamic signal. There’s a low cut on the input to tighten the distortion, a four-band EQ on the output to shape the result, a TEMPERATURE control, which blends a custom master-EQ curve, a mix knob and unique M/S processing options, allowing you to affect just the mids or sides.

FUZZ: An aggressive high-gain fuzz effect, customized for maximum flexibility. Fuzz introduces outrageous amounts of saturation, while still allowing you to shape the distortion, synthesize octaves, and take control over the tonal footprint with compression and EQ. This plugin offers two different fuzz flavors. It has a compressor section with similar settings to the OVERDRIVE, and the same four-band EQ. The OCTAVE feature is a pitch-shifter on input pre-distortion. FUZZ shares several other features with OVERDRIVE, including the low cut on input and the mid/sides processing options, TEMPERATURE to control overall color/warmth, a Dynamics section to choose between compressor (PUNCH) and gain rider, MIX to blend the original and distorted signals and M/S processing to control mid/sides separately. 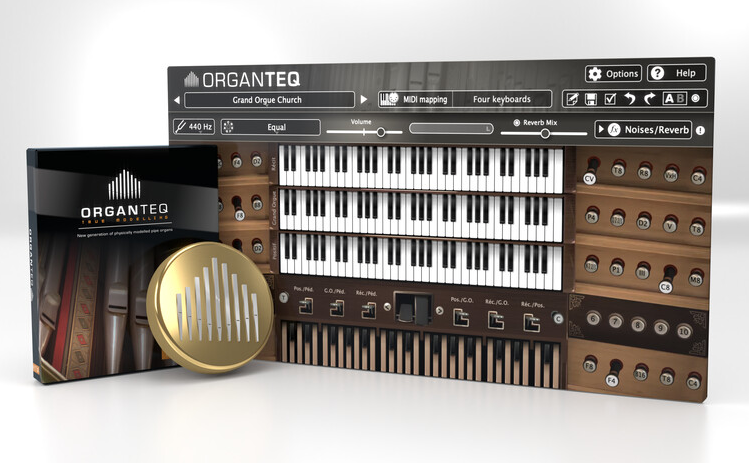 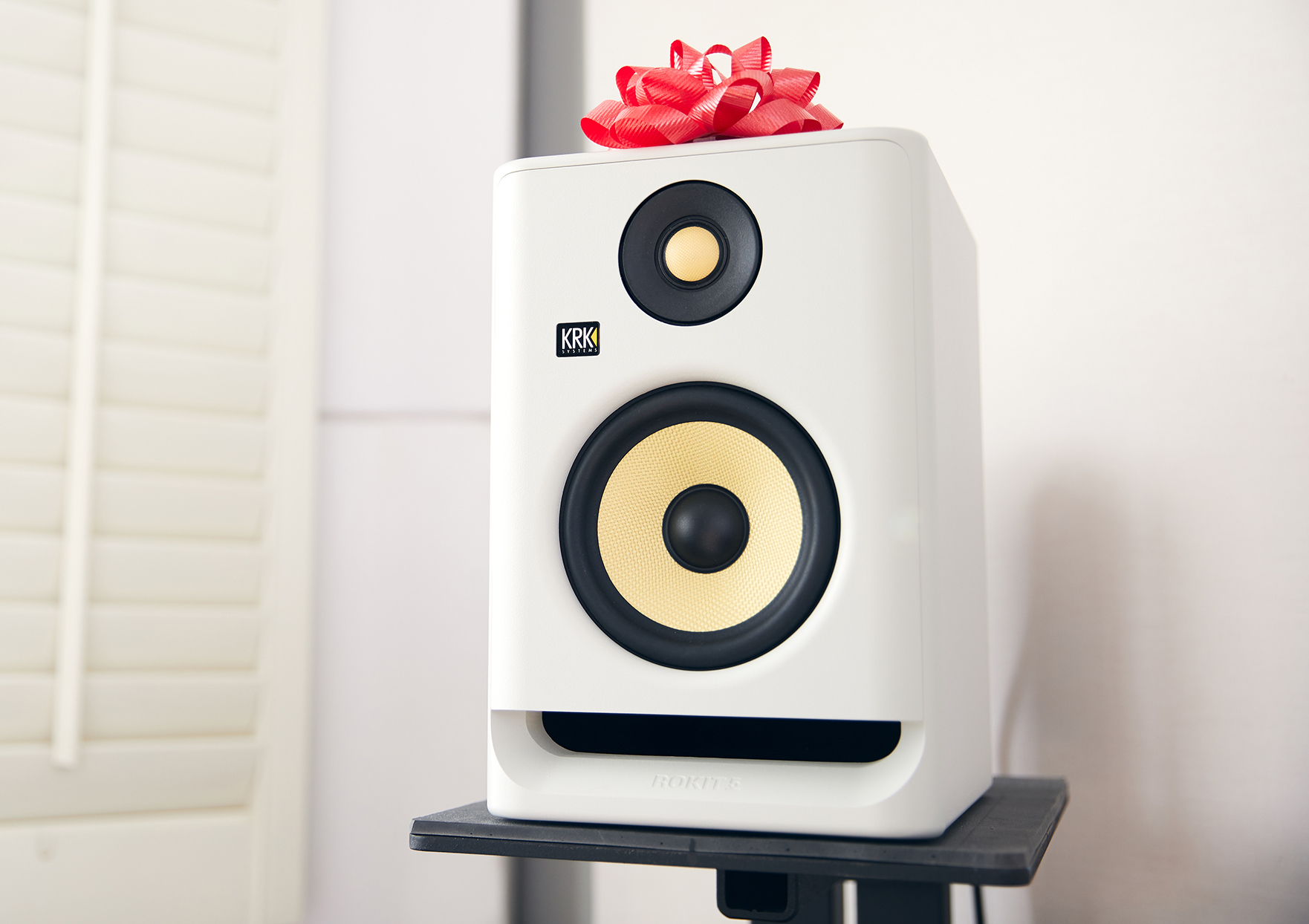