TriceraChorus is inspired by the classic tri-choruses and stompbox choruses of the 1970s and early 1980s. It pairs rich bucket brigade delay-style tri-chorusing with another classic effect of the 1980s: Eventide micro-pitch detuning, which can be used to thicken the sound, to add static chorusing, and to spread the stereo field by detuning the left and right signals in opposite directions. Combined, these tools can create syrupy, smooth, and deep modulations on anything from flat synths and strings to dry vocals, guitars, and more. The TriceraChorus effect was designed to inspire experimentation with a UI optimized for live performance. 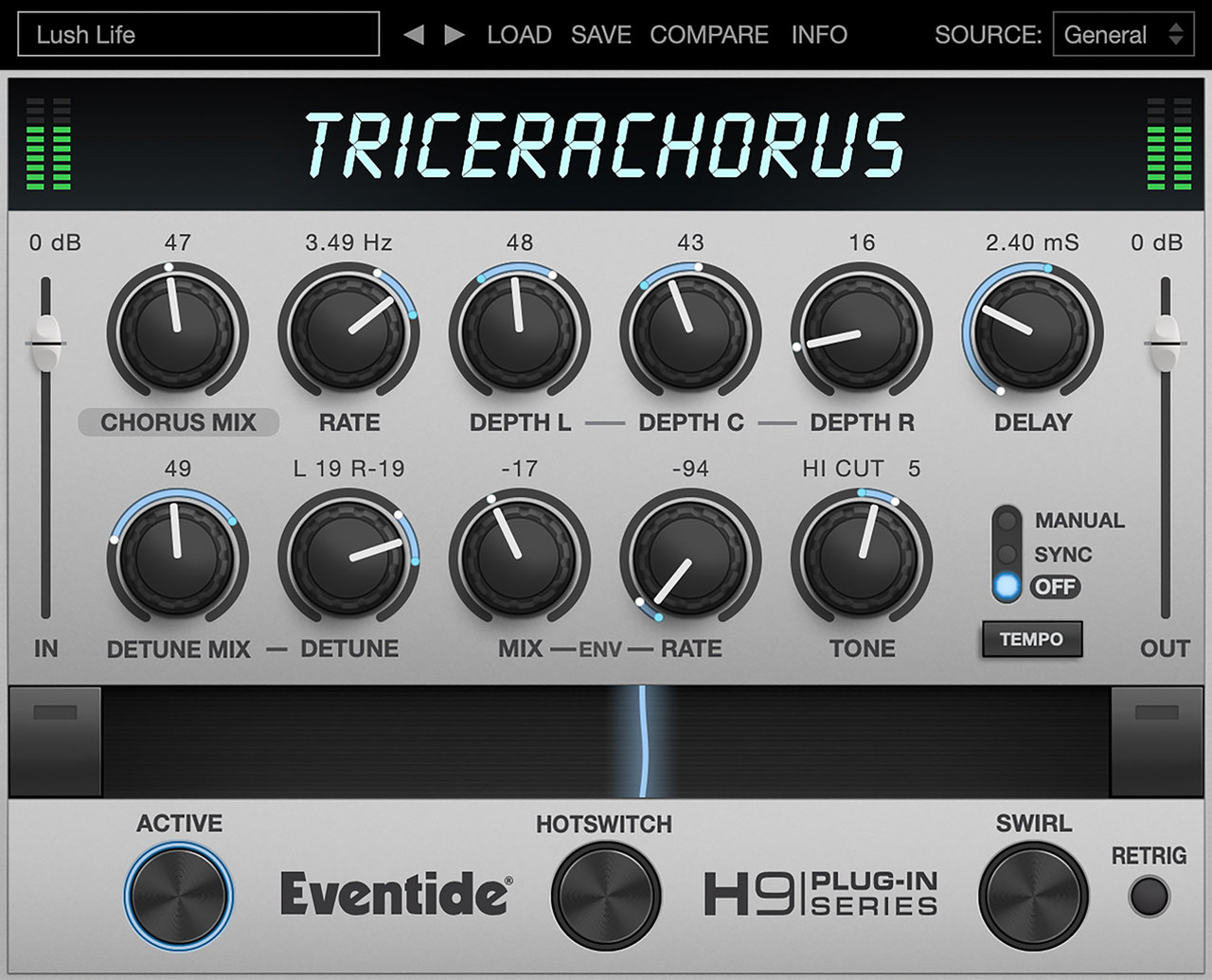 TriceraChorus has three chorus voices and three chorus modes. A three-phase LFO modulates the delay times for the Left, Center and Right voices for movement across the stereo field. The combination of the three modulated delays creates rich chorus sounds that are reminiscent of gear from the 70s and 80s. The Chorus mode produces a classic chorus stompbox sound. The Chorale mode, inspired by classic rackmount tri-chorus units, adds complexity and depth, producing lush, swirling choruses. A more psychedelic aesthetic is offered by the Swirl mode.

The TriceraChorus GUI offers automated control of parameters including Depth (to control the amount of modulation applied to the three voices from the LFO), Detune (for simultaneous pitch control of the left and right channels by up to +/- 40 cents), Delay and Tone. Eventide’s dynamic and fluid Ribbon function lets users sweep TriceraChorus processing between two completely different settings of any combination of controls. Ribbon can be used for applications such as intensifying the depth of flange-like settings, changing the rate of modulation for transitional effects, or simply controlling the Mix parameters for momentary performance flourishes. Users can also jump immediately from one setting to another using TriceraChorus’ Hotswitch function. Ribbon and Hotswitch settings are saved per-preset, providing flexibility in exploring the range of possibilities offered by TriceraChorus. 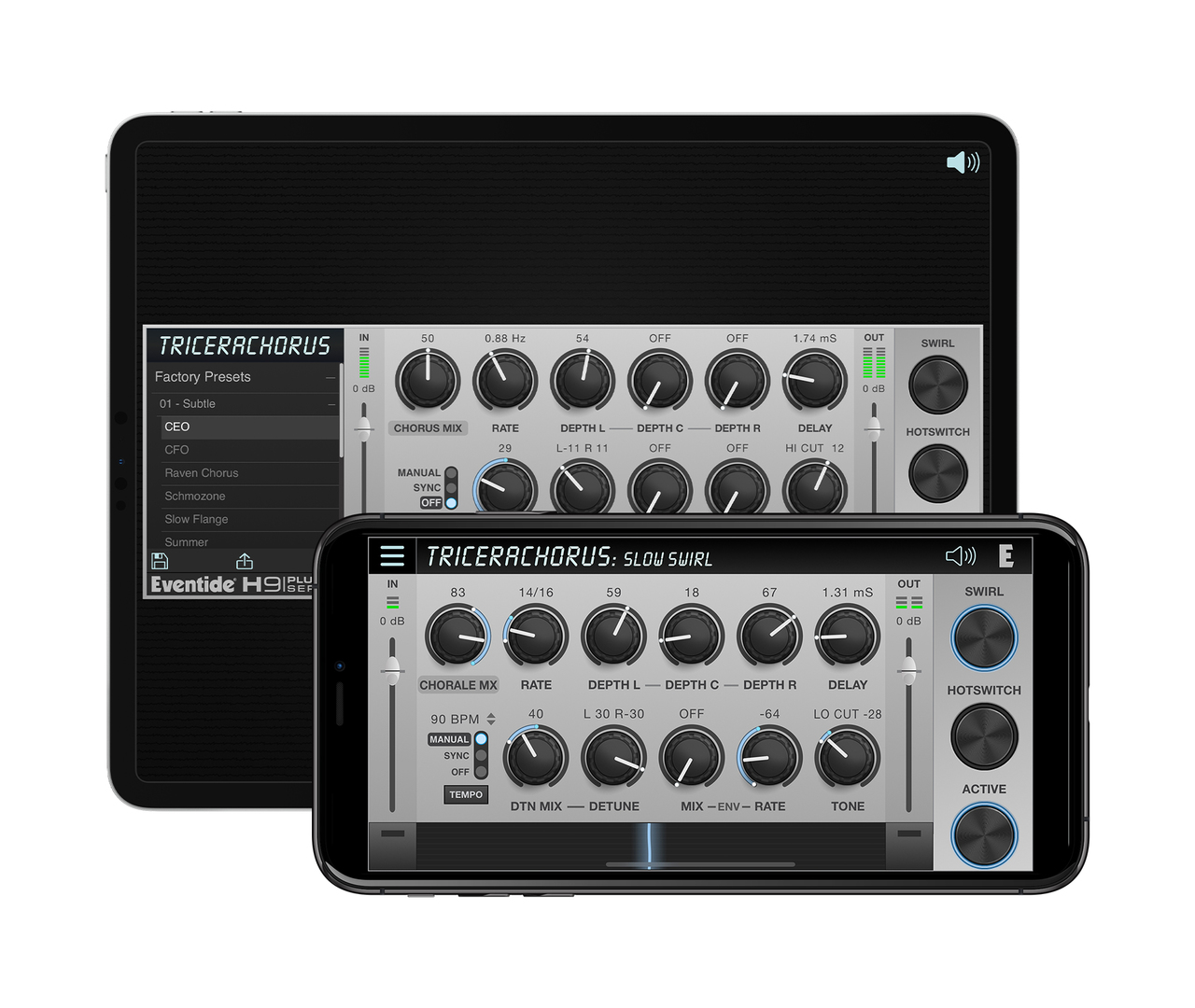 TriceraChorus for macOS and Windows supports VST, AAX, and AU plug-in protocols for compatibility with every DAW. Priced at an MSRP of $99, TriceraChorus is available for an introductory price of $39 through November 10. The iOS version of TriceraChorus, which works as a standalone app or as an AudioUnit v3 plug-in, is priced at $14.99, with a special intro price of $9.99 through October 13.

To learn more, and to purchase TriceraChorus for desktop, visit https://etide.io/tricerachorus-plugin. 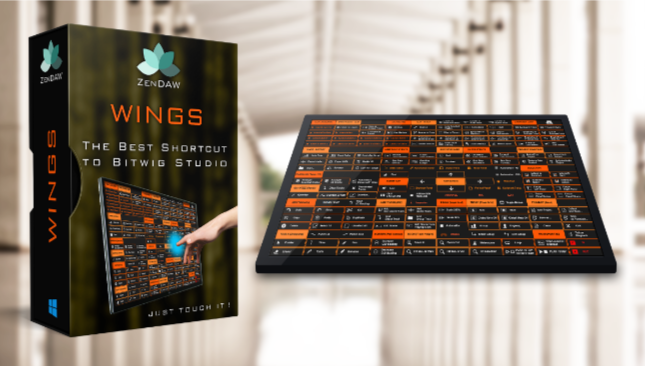 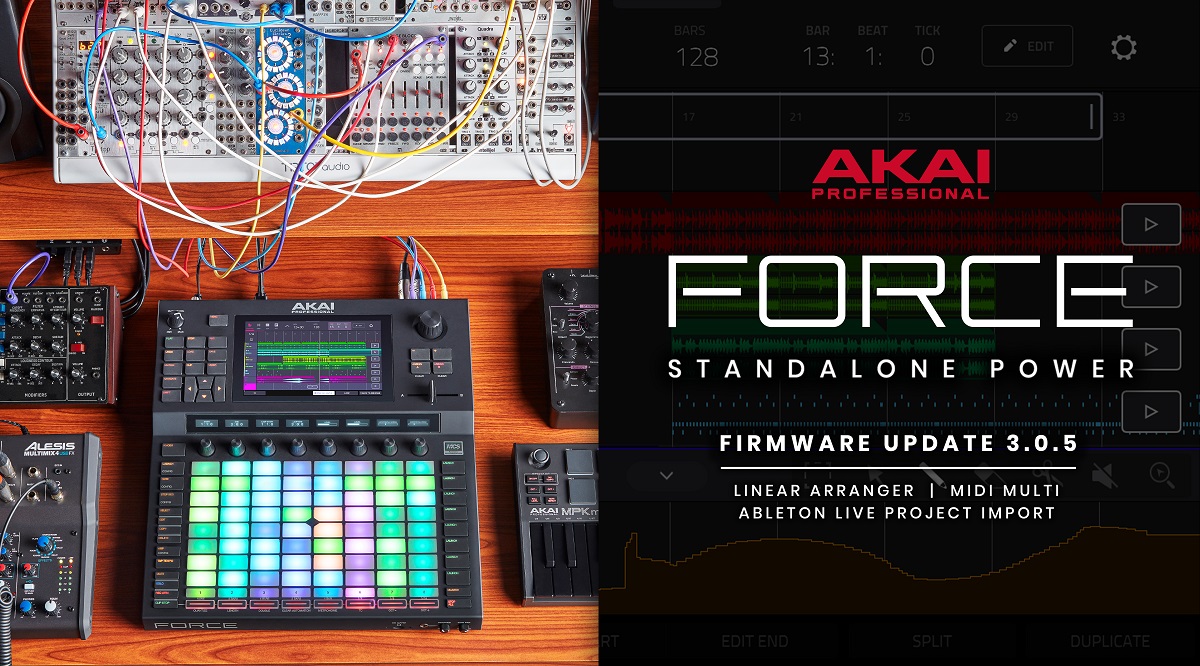