Mob of Emus is a powerful music and sound design tool that packs an enormous amount of creative power into an amazingly compact 16HP module.

Mob of Emus provides six channels of oscillators, noise sources, cyclical and 1-shot modulators (including LFOs, envelopes, and various other shapes), sample and hold waveshapes, slow random modulators, triggers, rhythm patterns, and quantization (of both internal and external signals) in pretty much any combination.

In addition to being able to independently program the function of each individual channel, Mob of Emus’ Hex Mode provides a macro control layer that allows you to control all of its channels simultaneously (while maintaining the relationships of each channel’s independent programming). 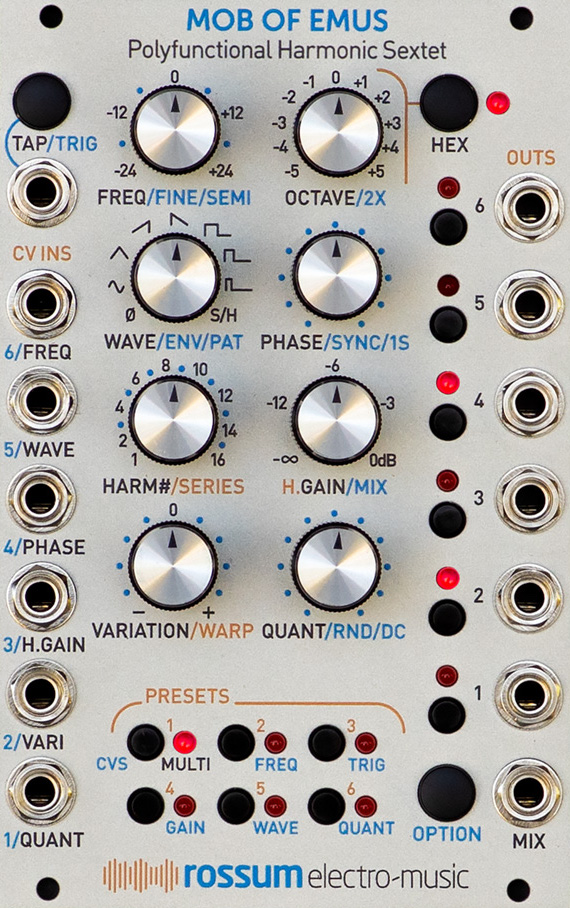 With an external trigger input, six CV inputs that can operate in six different control modes, six independent outputs, and an assignable mix output, Mob of Emus can operate as the heart of an almost unlimited variety of patches. And its 8 real-time controls give immediate hands-on access to a channel’s (or all six channels’) key parameters, inviting (and rewarding) exploration and improvisation.

Mob of Emus features include:

• Six channels that can function independently or can be further controlled by a Hex Mode macro layer that lets you control all six simultaneously.

- Quantizers (of both internal and external(!) signals)

• The ability to store and recall 12 user presets

Pricing and Availability:
Mob of Emus will be available in late November from Rossum Electro-Music dealers worldwide at a suggested retail price in the US of $399.00.

More Mob of Emus information can be found at the Rossum Electro-Music web site: http://www.rossum-electro.com/products/mob-of-emus 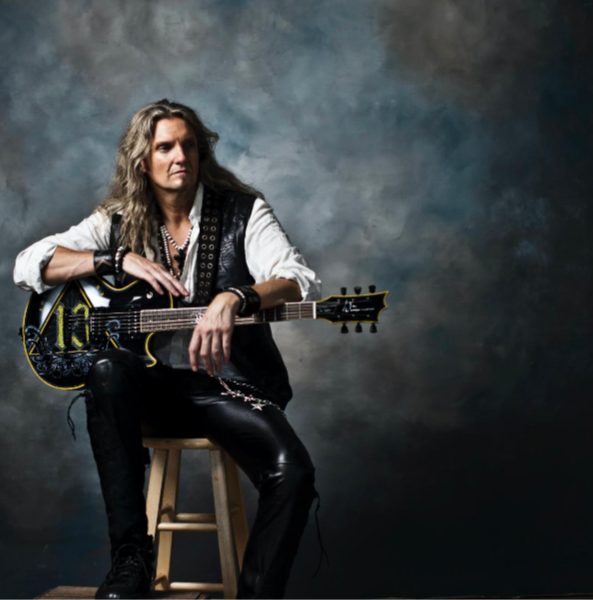 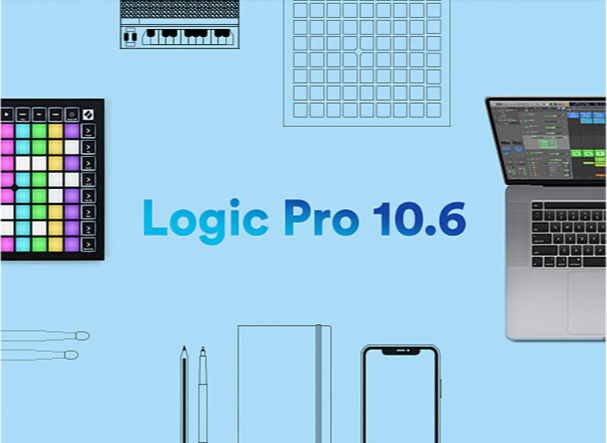