Little Ferry, NJ, March 2, 2021 – Eventide Audio celebrates its 50th anniversary with the introduction of the Eventide Clockworks Bundle, bringing DAW users a virtual rack full of the groundbreaking effects processors that propelled Eventide to success. Each of the eight processors in the Windows and Mac OS X bundle represents a creativity-unleashing milestone in audio technology.

In 1971, in a New York City basement, Eventide Clockworks revolutionized the audio industry by creating the world’s first studio effects processor – the Instant Phaser – and pro audio's first digital device, the Digital Delay Line. Over the course of the following decade, Eventide continued to introduce new processing paradigms – the world's first Harmonizer®, the H910, followed by the Omnipressor®, Instant Flanger, H949, and the SP2016. Meticulously modeled to accurately produce these legacy effects – with dual versions of the H910 & H949 – the Eventide Clockworks bundle of plug-ins also includes sonic and DAW-friendly features even beyond the hardware’s capabilities.

The Instant Phaser was the world’s first studio phaser and the first-ever rack-mount effects unit. Originally intended to make the painstaking task of tape flanging quick and easy, engineers and producers found the Instant Phaser could also produce a smooth, transparent modulation and pleasing stereo decorrelation. The Instant Phaser’s analog all-pass filters could mimic the effect achieved by time delay, resulting in a modulation effect all its own. The Instant Phaser Mk II plugin brings that iconic sound to the desktop and additionally lets users dial in “Age” to their taste, emulating the spectrum of effects from component aging. 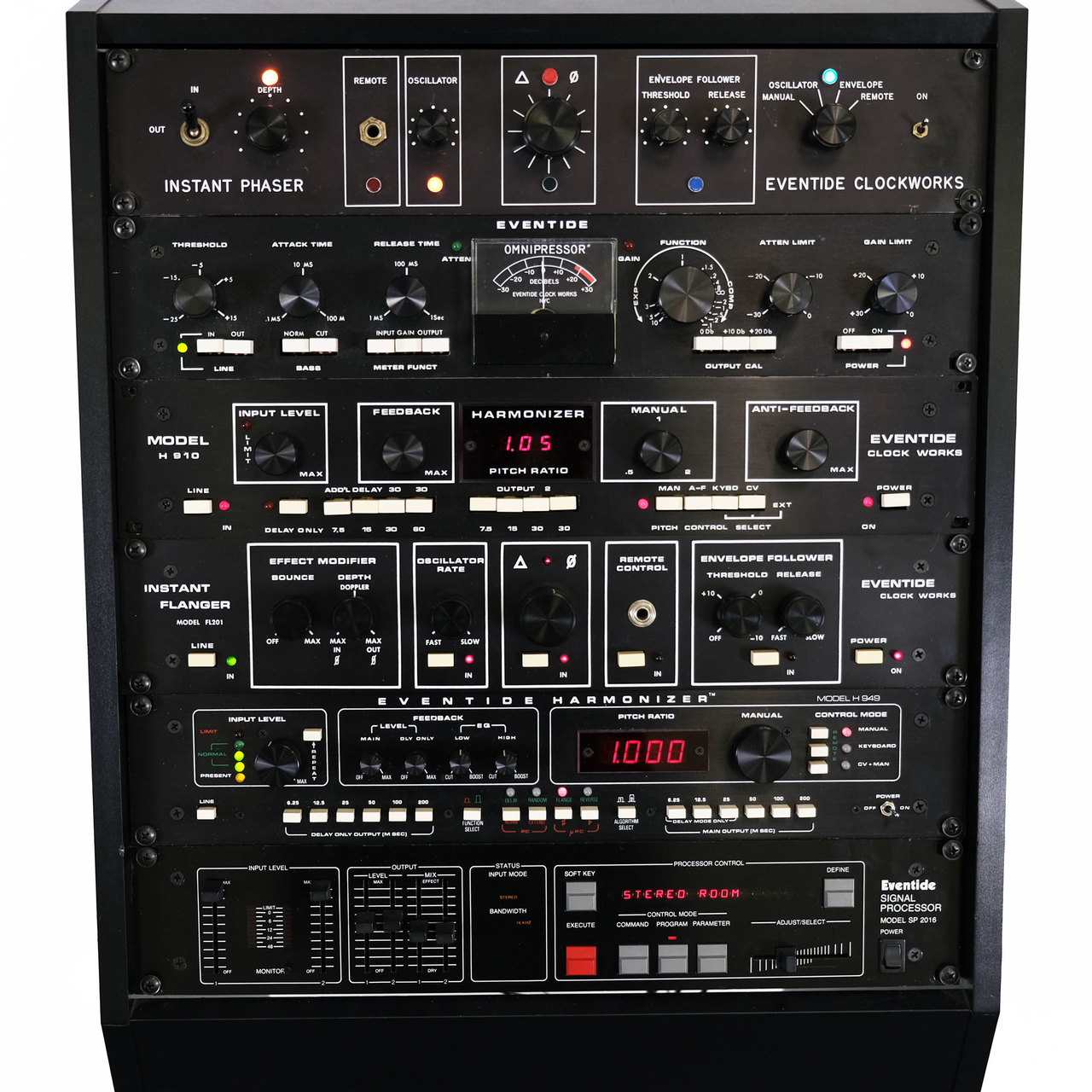 The Omnipressor, released in 1974, set the stage as the first dynamics effects processor, introducing the concepts of infinite compression, dynamic reversal, and side-chaining. The flexible Omnipressor plugin offers options to control all aspects of dynamics modification.

The H910 Harmonizer was the world’s first digital effects unit. With its unique combinations of pitch shifting, feedback, modulation and delay, it earned a home in the racks of studios worldwide. Thickening tracks is the H910s forte, with radical effects from robot sounds to gritty octaves also on tap.

The Instant Flanger utilized the then-newfangled bucket brigade ICs for swept delay, resulting in a time-based emulation of tape flanging true to the physical effect. Whereas the Instant Phaser offered several methods of controlling modulation, the Instant Flanger allowed engineers to combine these controls. The result: more control layers and less predictable sweeps.

In 1977, Eventide released the H949, standing on the shoulders of the H910 as the second in Eventide’s family of Harmonizers. It introduced a formal micro pitch-shifting mode, which became a mainstay for lead guitar processing. The H949 also had the first Reverse delays and introduced advanced autocorrelation techniques and also a Random pitch mode adopted to produce an automatic double-tracks for guitars and vocals.

In 1981, the SP2016 was released – the world's first programmable effects processor featuring ROM chips that “plugged in” under the hood, making it possible to add new effects in the field and introducing the concept of the plug-in. While it was not a Clockworks-branded effects unit, the SP2016 earned its spot on this roster, as it marks the opening chapter of modern Eventide effects processors, beginning the progression through to today’s flagship H9000 networked multi-effects processor. The SP2016 Reverb plug-in includes modern and vintage versions of its signature Stereo Room, Room, and Hi-Density Plate. 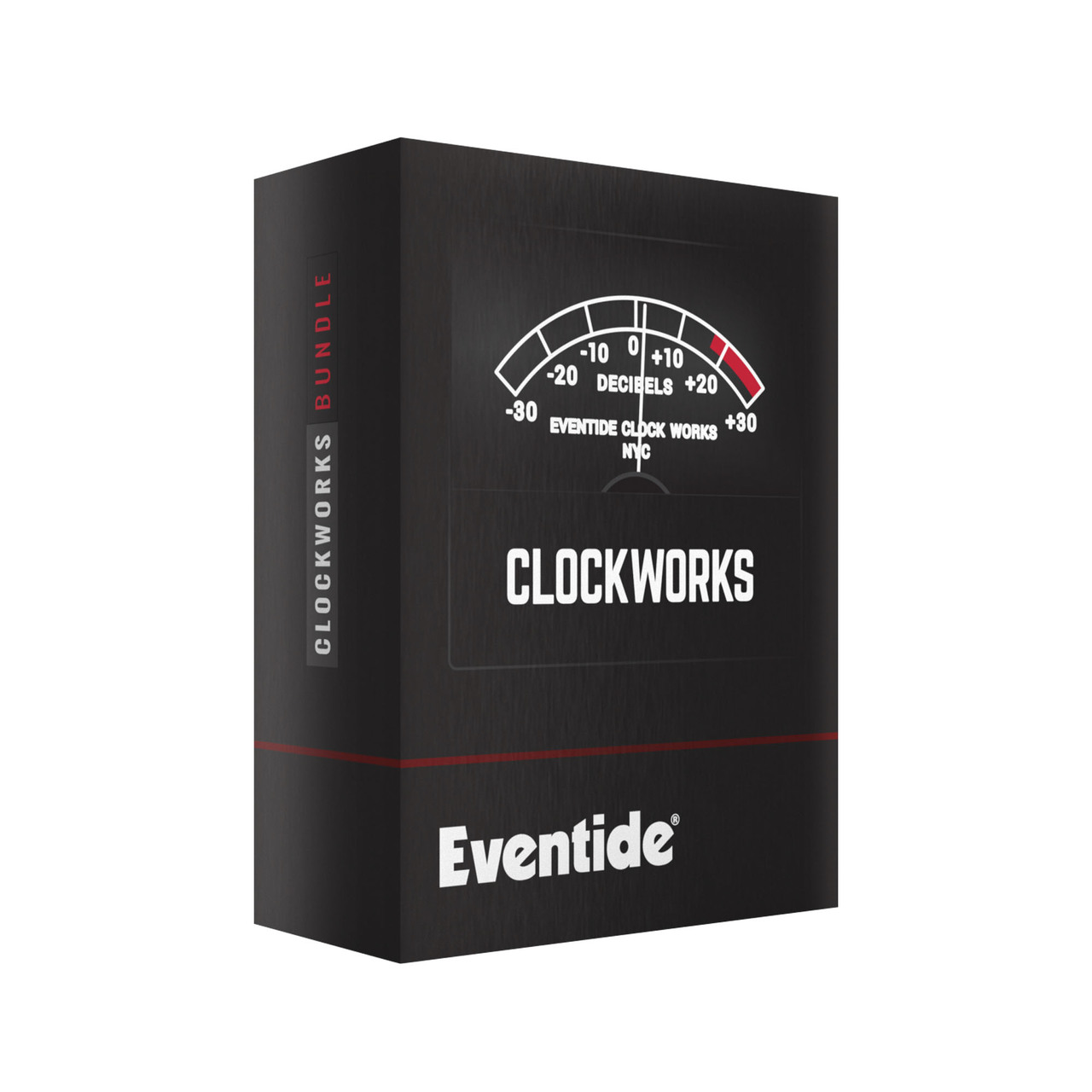 Pricing and Availability:
The Eventide Clockworks Bundle for OS X and Windows supports VST, AAX, and AU plug-in protocols for compatibility with every DAW. Valued at over $1000 if purchased separately, this collection of legacy Eventide processors is available for immediate download at a special introductory MSRP of $299 through June 30, 2021, and $499 thereafter.

To learn more, and to purchase the Eventide Clockworks Bundle for desktop, visit https://etide.io/clockworks. 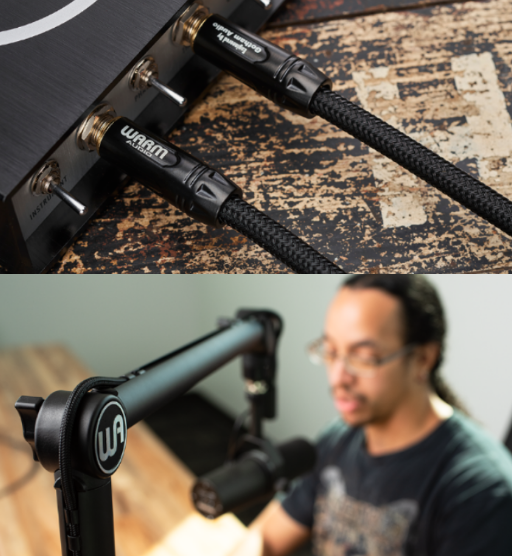 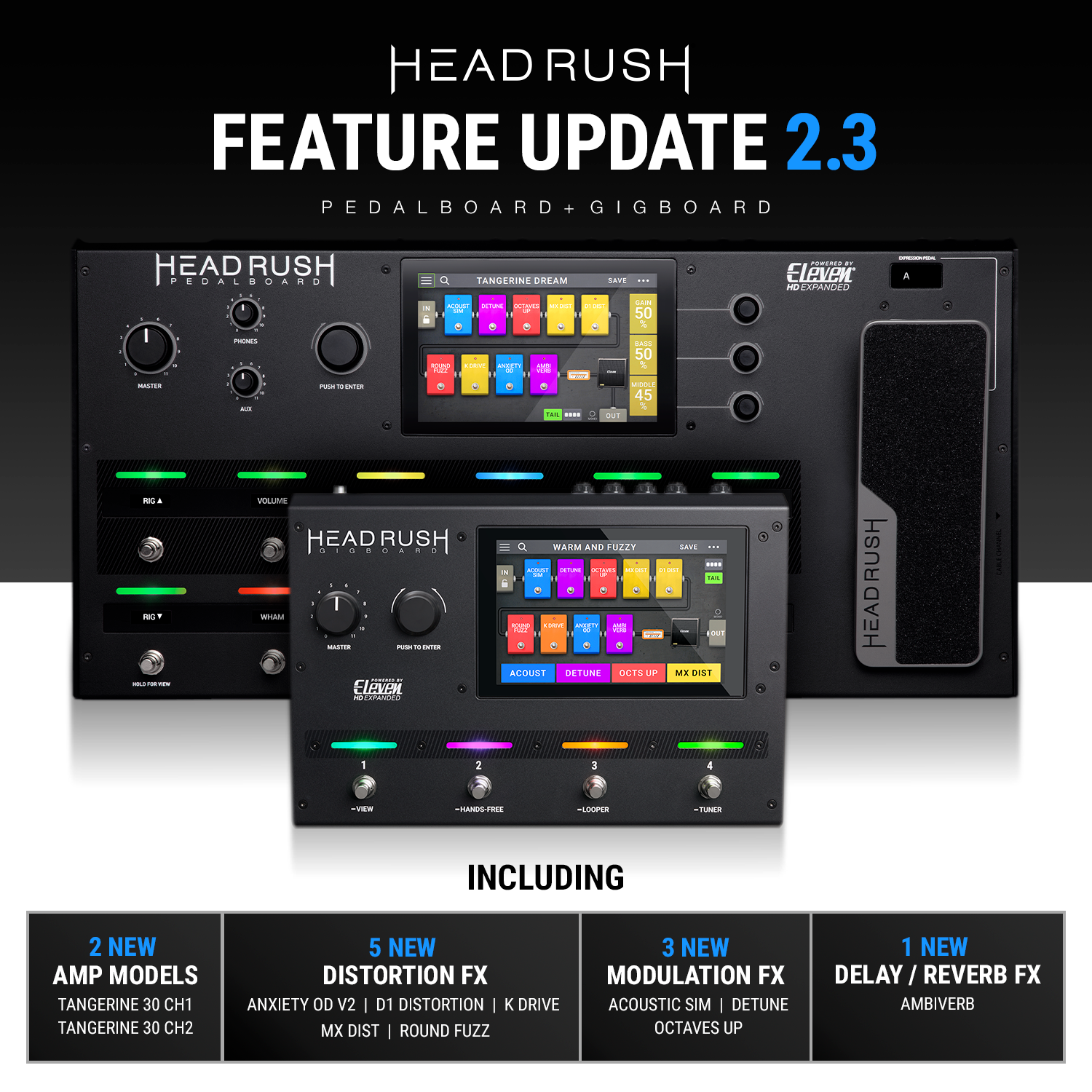