HOLLYWOOD, Calif. (March 16, 2021) — Fender Musical Instruments Corporation (FMIC) today launched the latest model in the cutting-edge American Acoustasonic® Series, the American Acoustasonic Jazzmaster. Long favored by forward-thinking musicians, the Jazzmaster® guitar is another stake in Fender’s history of sonic innovation. Breathing new life into one of its most iconic models, the Jazzmaster® joins the Stratocaster® and Telecaster® in the range of guitars built with the Fender and Fishman®-designed Acoustic Engine. As the industry has been defined by “acoustic” or “electric” for decades, the Acoustasonic Jazzmaster® adds all-new, eclectic tones to the series which is ushering in a new category of guitar, opening up a new set of creative capabilities.

"Even though I've only been with this new Jazzmaster for a short time, I can see that it would have a lot of uses in the studio," said Lindsey Buckingham, Award-winning singer-songwriter, guitarist and creative force behind Fleetwood Mac. "I'm excited to give it some more time to get to know it a little better, and for it to get to know me a little better. Acoustic guitar has always been my soulmate and alter ego; it got me to a place where I guess I had my own style. Anytime I can take that orchestral approach, I have. The American Acoustasonic Jazzmaster allows you to do just that.”

Launched in 1959, the original Jazzmaster guitar model was one of Fender’s very first shapes and wowed players with its tremolo string system - tried-and-true, yet forward-thinking at the same time. It has been chosen by artists ranging from The Who’s Pete Townshend and Television’s Tom Verlaine; to Sonic Youth’s Thurston Moore and Dinosaur Jr.’s J Mascis. Jazzmaster guitars have been seen during some of music’s most groundbreaking moments: from the cover of My Bloody Valentine’s genre-defining first album, to Radiohead’s 1997 Glastonbury set, and the rule-breaking Saturday Night Live performance which earned Elvis Costello a ban from the show. Now, Acoustasonic technology allows Jazzmaster players to further push the envelope, combining pristine acoustic and electric tones with legendary Fender feel and playability. The new model is loaded with a variety of acoustic voicings: four new settings which take advantage of the larger body shape to access warm, natural tones. Like previous models, the many voicings of the Acoustasonic Jazzmaster are accessed via the Blend Knob. This simple-but-elegant control method allows for dramatic switches between rich acoustic tones to raucous feedback, but with the precision to find just the right balance anywhere in between. The Acoustasonic Jazzmaster® also boasts the most intense electric sound to date in the Acoustasonic series, driven by a powerful Tim Shaw-Designed Humbucking pickup. 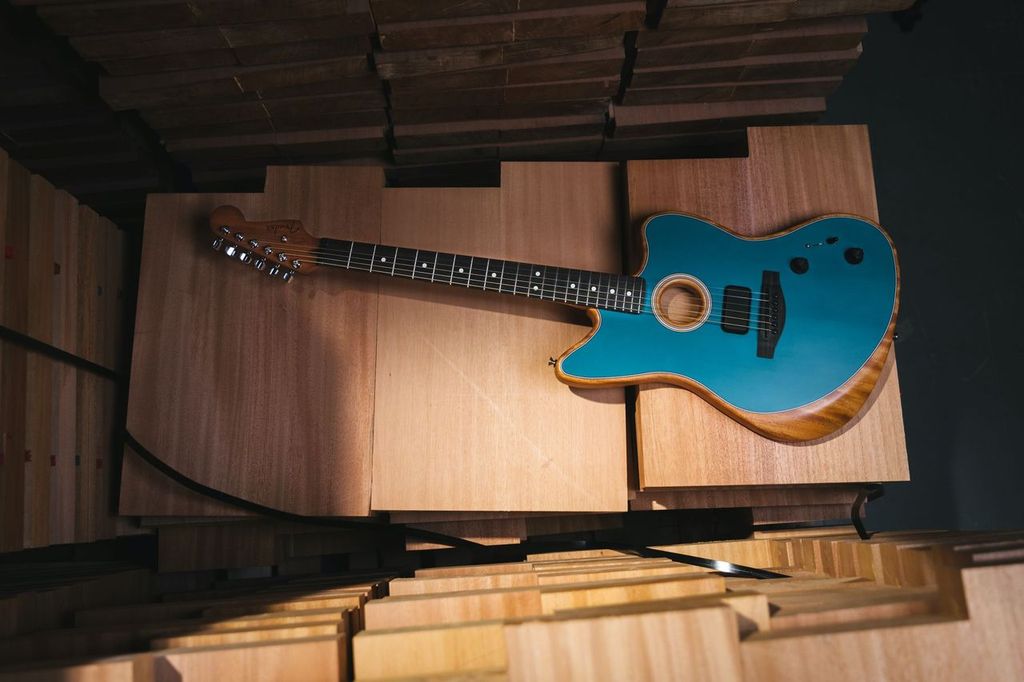 “The culmination of five years of design, building, and refining the form factor and technology of this guitar has been a proud journey. The Jazzmaster was made iconic by inventive musicians looking for a guitar that could deliver unique sounds,” said Billy Martinez, Fender VP Category Manager - Acoustic and Squier Divisions. “The Acoustasonic Jazzmaster expands on this tradition. With three powerful pickups and the Fishman Acoustic Engine, all controlled by a single Blend knob, the Acoustasonic Jazzmaster now gives the player unmatched sonic versatility.” 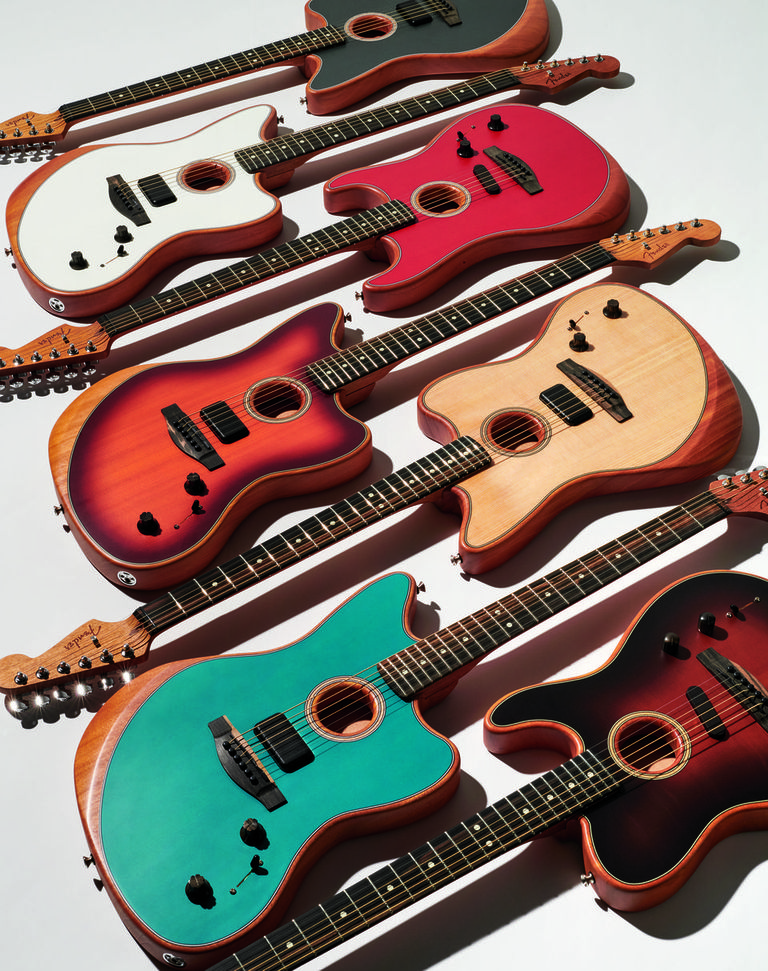 “The resounding success of the Acoustasonic Series has allowed us to expand beyond just building a groundbreaking product, and into developing a long-term platform,” continued Martinez. “With the Jazzmaster now representing the third iteration of our Acoustasonic technology, we’re making it clear that this is more than just an interesting concept — the Acoustasonic Jazzmaster is ready to be your go-to instrument.” 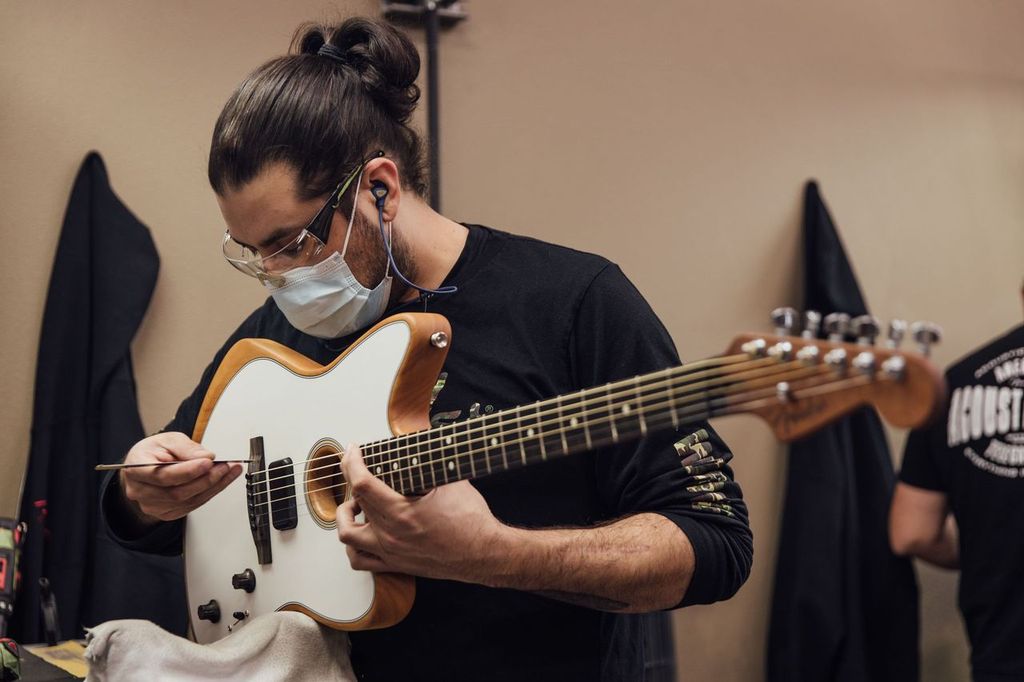 Fender discusses the all-new American Acoustasonic Jazzmaster in an episode of Fender's serialized social video series, Fender Demos™. Fender Demos is an educational video series focused on providing a deep dive into Fender’s newest products. The series focuses on showcasing not only the key features and benefits but also the sonic quality of Fender’s instruments, amplifiers and pedals. In addition to product demos, the series also provides valuable beginner, intermediate and advanced tone tips, set-up and maintenance guides and insights to getting the most out of your Fender gear. 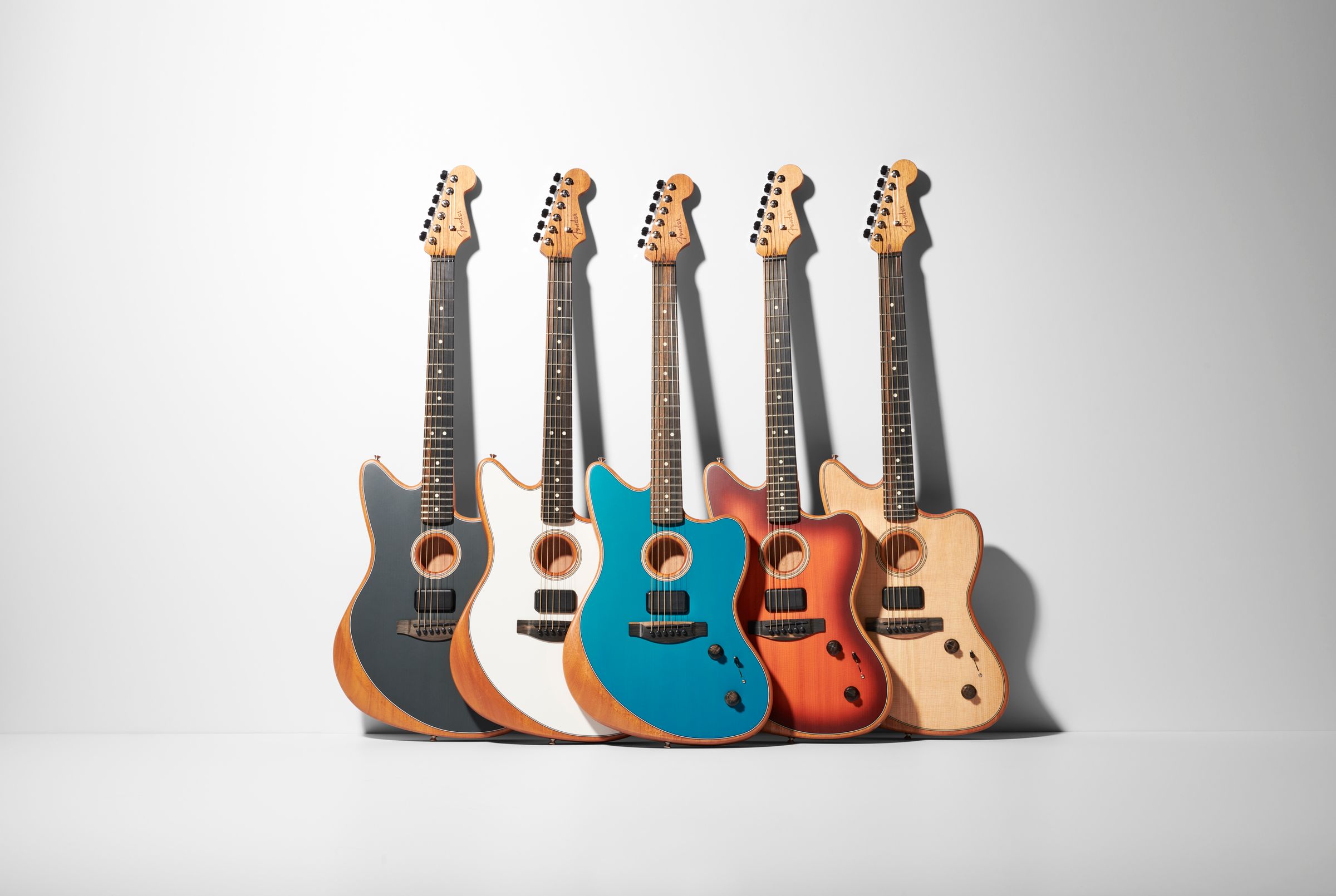 For additional information on new Fender products and to find a retail partner near you, visit www.fender.com. Join the conversation on social media by following @Fender. 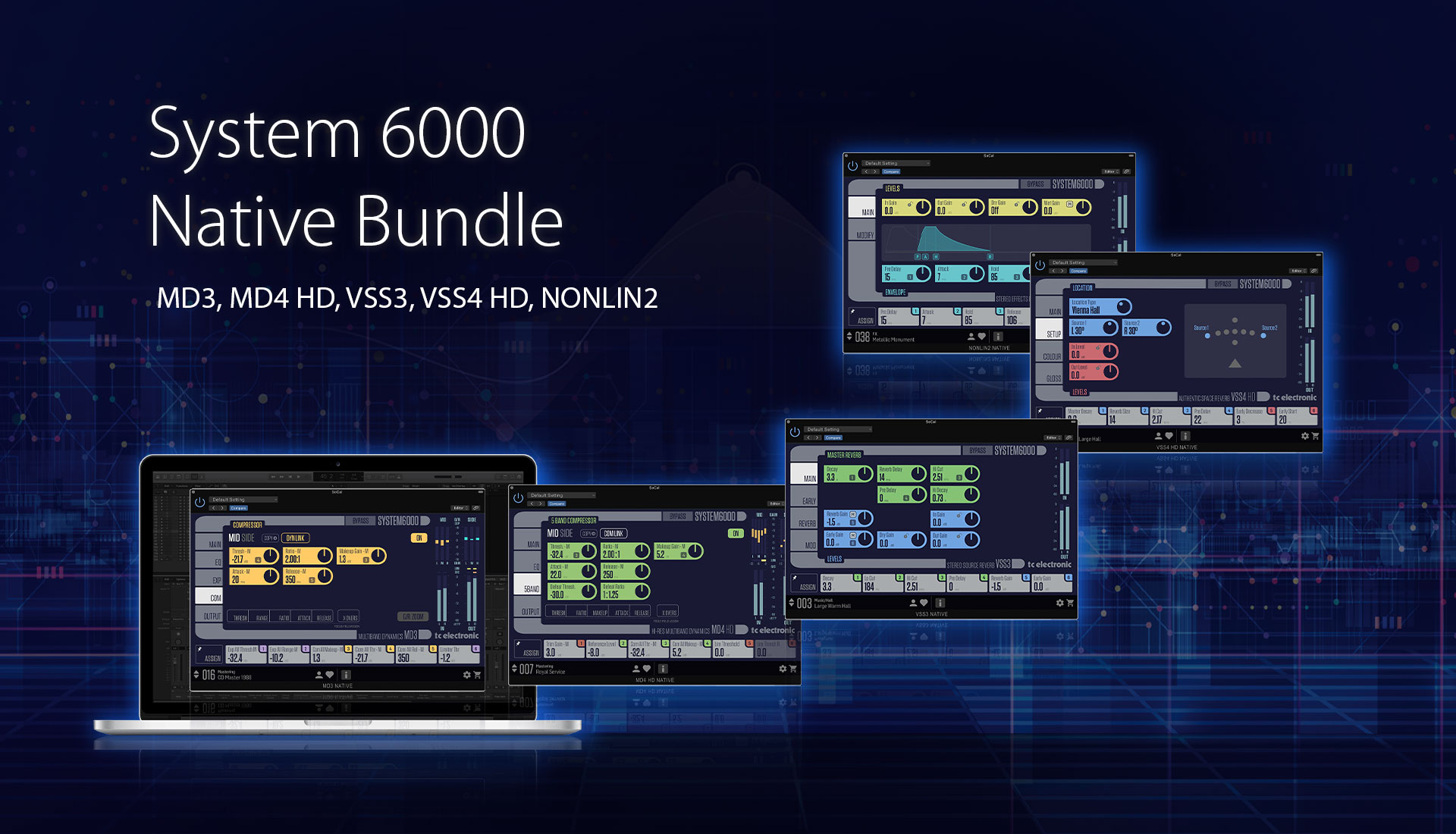 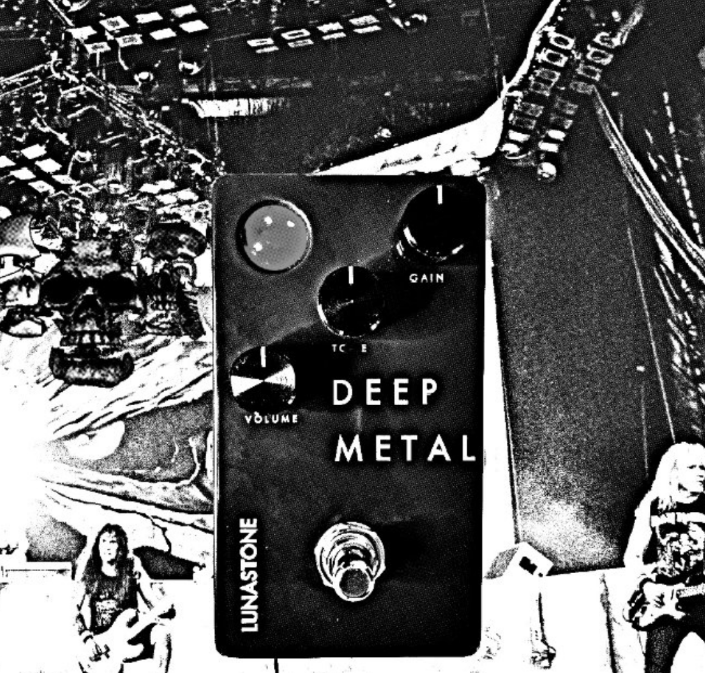