As an appropriately-named effect plug-in with a ‘Dr. Jekyll and Mr. Hyde’ behavioural disorder, DelSane makes musical sense when viewed from Rob Papen’s perspective, positioned this way: while it is true that the abundance of delay effects already out there sometimes seems like trying to count the number of stars in the Milky Way, which can be overwhelming, DelSane was duly designed as a way of staying sane when navigating increasingly-insane modern music production waters as an easy-to-use, lovely-sounding stereo tape delay plug-in. Perversely, perhaps, it could be considered insane if Rob Papen’s latest product did not offer something special, as is the Dutch virtual synthesizer, instrument, and effect plug-in developer’s modus operandi. On the face of it, then, it is called DelSane since it is possible to imagine dropping ‘Del’ in favour of ‘In’ as insane-sounding delay types can also be created!

Central to the insanely creative DelSane is its eye-catching DISRUPT spherical slider. Since said slider is connected to the various delay parameters, it is possible to change multiple parameters in a dynamic way when moved. It is also Spring featured, so can be made to spring back into the Center position in a tempo-based manner, making for very dynamically-changing disruptive ‘insane’ delay types — and all without recording innumerable parameters, paralleling trying to count those Milky Way stars!

So think of DelSane as a two-sided — split-personality-style — concept with the first (sane) side being a smooth-sounding tape delay that can be easily used as a stereo or mono delay and the second (insane) side acting as a creative conduit to thinking out of the box with delay effects. 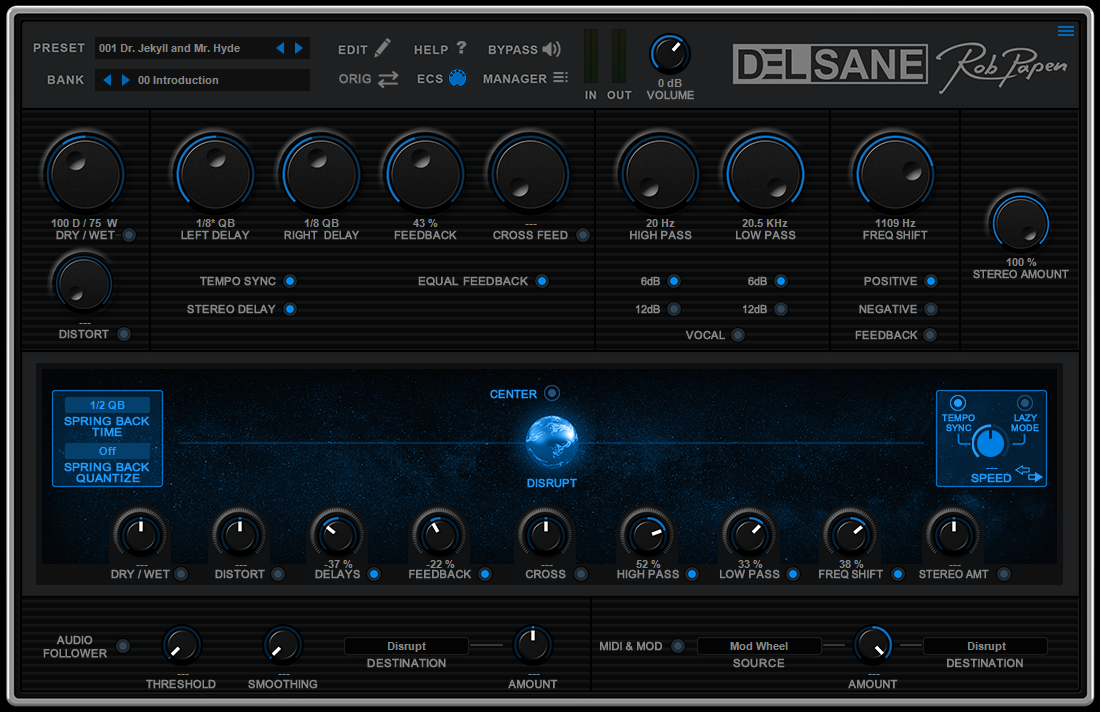 Either way, DelSane it surely set to become a go-to delay plug-in perfectly suited to any music production, thanks to its easy-to-understand layout presented as an easy-on-the eye GUI (Graphical User Interface) that is resizable from 100% to 200% in four incremental steps.

Further features well worth highlighting here include a cool EQUAL FEEDBACK function — providing the STEREO DELAY with an equally smooth left and right feedback tail; DISTORT — adding a bit of a distorted edge to the delayed sound; and FREQ SHIFT — alienating the delayed sound still further.

Easing the delayed sound’s passage into modern music production waters — whether sane or otherwise — while avoiding any muscle pain in the process, activating the LAZY MODE automates the movement of the DISRUPT spherical slider in different directions, duly allowing for the creation of chorus, flanger, or new types of modulation effects, while an AUDIO FOLLOWER function facilitates influencing various delay parameters — including the DISRUPT spherical slider itself! Meanwhile, MIDI & MOD makes for further flexibility when it comes to influencing those various delay parameters.

So ‘sanity’ and ‘insanity' is available in abundance when working with DelSane — so much so that Dr. Jekyll and Mr. Hyde would surely approve... if involved in modern music production! 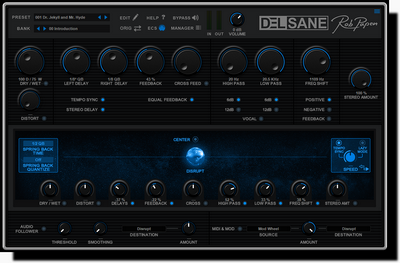 While DelSane is not included in the latest version of the eXplorer 6 bundle (https://www.robpapen.com/eXplorer-6.html), Rob Papen is offering DelSane for free to anyone that purchases — or upgrades to — eXplorer 6 between now and May 31, 2021.

A 30-day demo version of DelSane with only one introductory sound bank and all bank and preset loading/saving functionality duly disabled is available from here: https://www.robpapen.com/DelSane-Demo.html 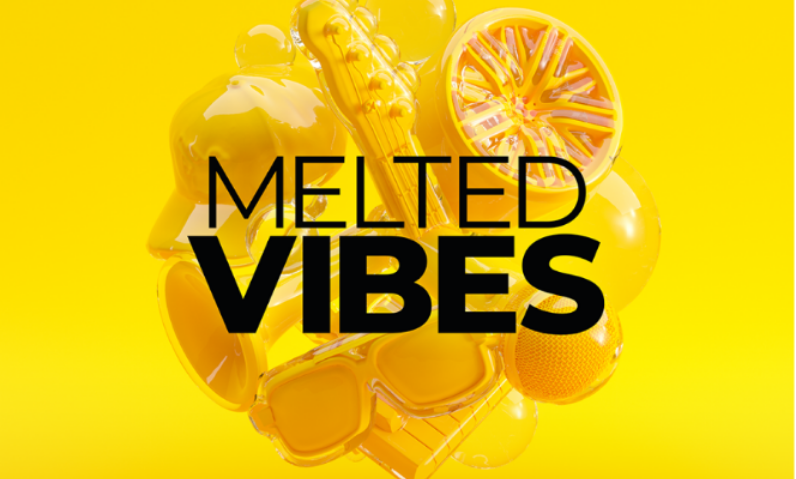 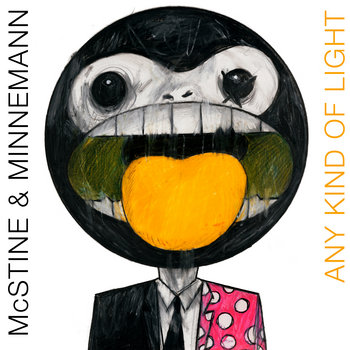 MCSTINE & MINNEMANN SHINE WITH ANY KIND ...