Guitar amp plugin modeled on arguably most famous amp of all timePAVIA, ITALY: Analogue saturation circuits digital reproduction specialist Nembrini Audio is proud to announce availability of MRH-159 Brown Sound — a guitar amp plugin par excellence modeled on what is arguably the most famous amp of all time with an option to switch to a modded Marshall* Super Lead 1959 100W guitar amp head to achieve rock guitarist extraordinaire Eddie Van Halen’s so-called ‘brown sound’ signature distortion tone that many musicians have tried to emulate — as of June 14…

It is fair to say that a Marshall* Super Lead 1959 100W guitar amp atop a couple of 4x12 loudspeaker cabinets remains the definitive guitar rig for many players. Thanks to Nembrini Audio’s MRH-159 Brown Sound being modeled on what is arguably the most famous amp of all time, there is no need, necessarily, to go to such — sizeable and expensive — extremes to achieve a perfect tone. The guitar amp plugin itself is designed to do just that with two channels, one voiced for a higher treble response and the other for a normal response; each has its own loudness — VOLUME 1 and VOLUME 2 — option and two (linkable) — I and II — INPUTS with the ‘HIGH’ (top) option offering more gain and output volume while the ‘LOW’ (bottom) one is quieter with more headroom. 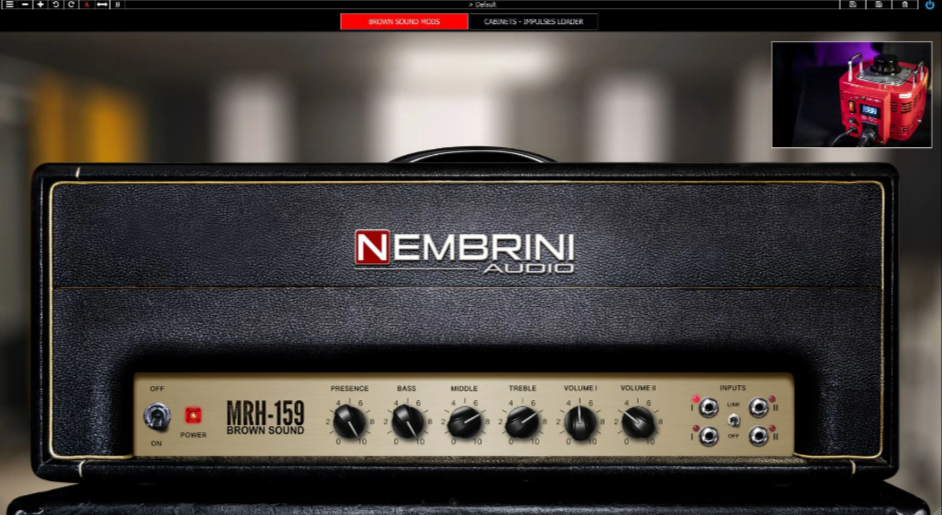 MRH-159 Brown Sound users can choose two virtual microphone (MIC 1 and MIC 2) settings for their amp recording chain, selecting from four different emulated models — namely, DYNAMIC 57 (based on the popular Shure* SM57 dynamic microphone); RIBBON 121 (based on the modern Royer Labs* R-121 ribbon microphone); CONDENSER 414 (based on the classic AKG* C414 condenser microphone); and DYNAMIC 421 (based on the vintage Sennheiser* MD 421 dynamic microphone) — with ON/OFF AXIS position switch, plus continuous POSITION and DISTANCE knobs. It is worth noting that if the aforesaid MRH 4x12 BROWN cabinet emulation is selected then those MIC 1 and MIC 2 settings are respectively related to the Celestion* G12 25W Greenback and JBL* D120 loudspeaker emulations. An associated MIXER section with PHASE, SOLO, MUTE, and fader controls allow for blending of the two microphones and the STUDIO REV (reverb).

Always active are MRH-159 Brown Sound’s CLEANER and NOISE GATE sections — the former featuring RUMBLING and HARSH controls, respectively reducing low- and high-frequency content, while the latter’s THRESHOLD and RANGE respectively defines the level where the gate is activated and amount of noise reduction selected — alongside a levels section with faders for INPUT (adjusting that level from minus infinite to +12dB) and OUTPUT (adjusting that level from minus infinite to +12dB). Activating an associated FIX button ensures that the input level remains the same when changing presets. 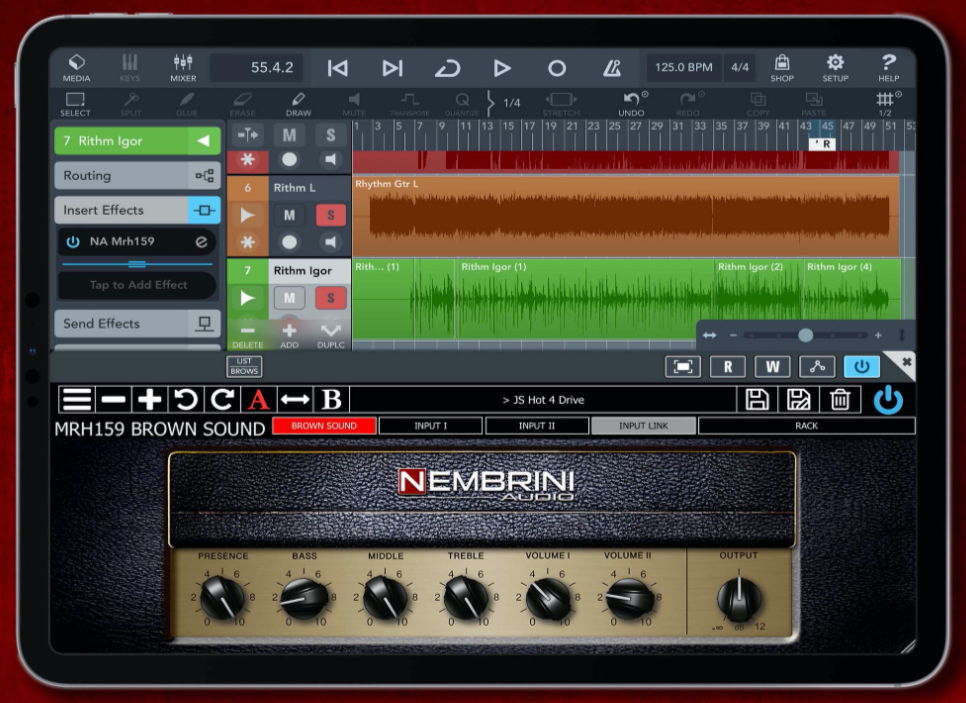 Put it this way: when working with MRH-159 Brown Sound, achieving rock guitarist extraordinaire Eddie Van Halen’s so-called ‘brown sound’ signature distortion tone is now within reach of anyone — all without breaking the bank. But achieving that much-missed guitarist’s extraordinary playing technique... that’s a different ball game entirely!Marshall Super Lead 1959 is a registered trademark of Marshall Amplification Ltd. MRH-159 Brown Sound was developed by Nembrini Audio SRL based on its own modeling techniques. Marshall Amplification Ltd has not endorsed nor sponsored MRH-159 Brown Sound in any manner, nor licensed any intellectual property for use in this product.

* Please note that all marks and models are trademarks of their respective owners, which are in no way associated or affiliated with Nembrini Audio SRL.These product names, descriptions, and images are provided for the sole purpose of identifying the specific products that were studied during Nembrini Audio’s sound design process.

Pricing and Availability:
MRH-159 Brown Sound is available for purchase (as an iLok-protected AAX-, AU-, VST2-, and VST3-supporting plug-in for macOS 10.9 or newer and Windows 7 or newer) at an attractive introductory price of only $37.00 USD until July 4, 2021 — rising thereafter to a regular price of $137.00 USD — from its dedicated webpage (https://www.nembriniaudio.com/products/mrh159-brown-sound-guitar-amplifier), which also includes more in-depth information. 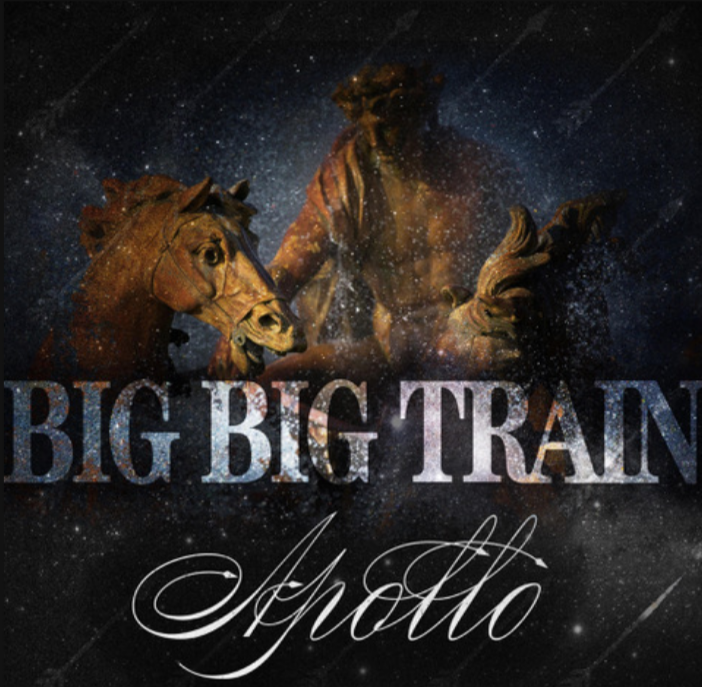 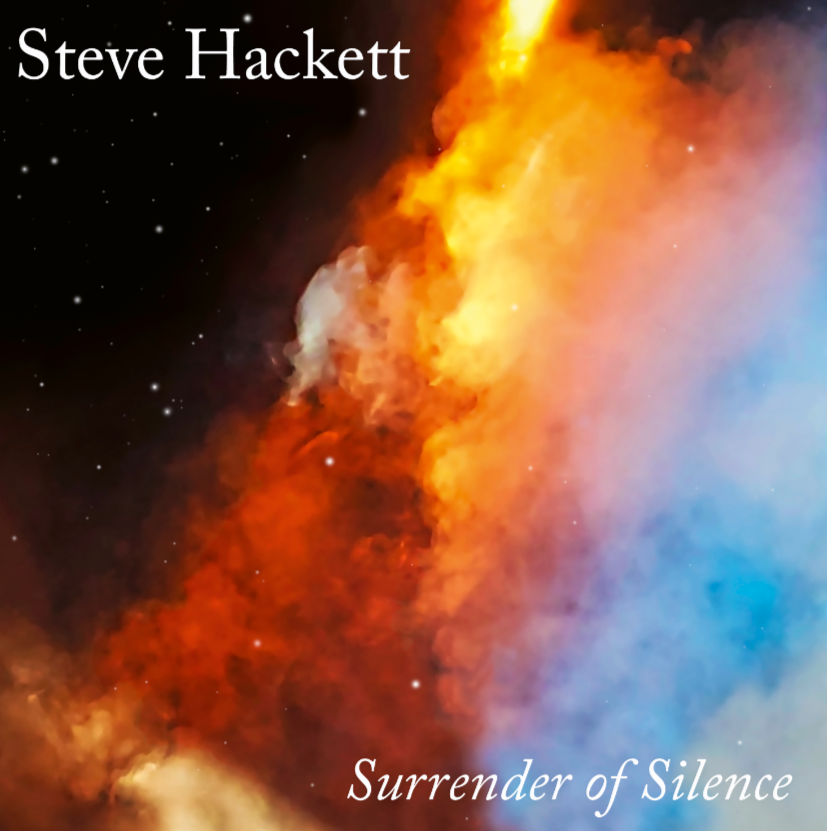