LONDON, UK: Spitfire Audio is proud to announce availability of ALBION SOLSTICE — starting recorded life in Scotland’s celebrated Castlesound Studios outside of Edinburgh, exploring the visionary artistry from modern, folk, and heritage instruments as a celebration of un-noted traditions, passed down through the generations, and captured through the magic of sampling as a genre-transcending library with everything needed to create modern cinematic scores inspired by the past, presented as organic sounds split into three distinct sections skilfully curated and workshopped over two years by Spitfire Audio co-founder and award-winning composer Christian Henson to form the sound-specialising music technology company’s boldest (and biggest) ALBION series release up to the present time, treated, blended, and unleashed as an incredibly-extensive, endlessly-inspiring composing toolkit to run in Native Instruments’ free KONTAKT PLAYER application and delivered directly to the creative heart of any modern-day DAW (Digital Audio Workstation) as a 73 GB KONTAKT instrument download — as of June 21…

The thinking behind Spitfire Audio’s ALBION in its original form was as simple as it was extraordinary — everything needed to score a film in one complete product. Fast-forward to today, though, and ALBION SOLSTICE admirably applies that tried-and-tested approach to decontextualising folk and traditional instruments to transcend genre, creating modern film scores where anything is possible. With widespread sounds creatively connecting traditional Celtic band instruments, strings, brass, and wood with electric guitar textures, synthesisers, and loops, this makes for a very varied yet consistent library like no other. Musically making that happen involved instigator and ‘helmsman’ Christian Henson — himself no stranger to the art of recording and the magic of sampling, both as an award-winning composer and co-founder of Spitfire Audio itself — spending some considerable time in Scotland’s celebrated Castlesound Studios, a state-of-the-art digital and analogue recording, mixing, and mastering facility famed for its huge, daylit recording areas and control room with a reputation as a centre of folk excellence bolstered by a 40-plus-year history, housed within a Victorian building outside of Edinburgh. Engaging with highly-specialised players and sound smiths from a cross-section of classic, folk, Celtic, Gallic, and other traditions, there the Edinburgh-residing Christian Henson hardily hurled himself into a two-year voyage of musical discovery, duly mixing modern instrumentation such as analogue synthesisers, Eurorack modular, electric guitar textures, tuned percussion, and distinctive audio processing to ultimately arrive — with a little help from his Spitfire Audio colleagues — at a destined deep wellspring of endless inspiration, stemming from the organic sounds of modern and heritage instruments from across the United Kingdom, treated, blended, and unleashed to create extraordinary sound worlds fit for modern scoring. 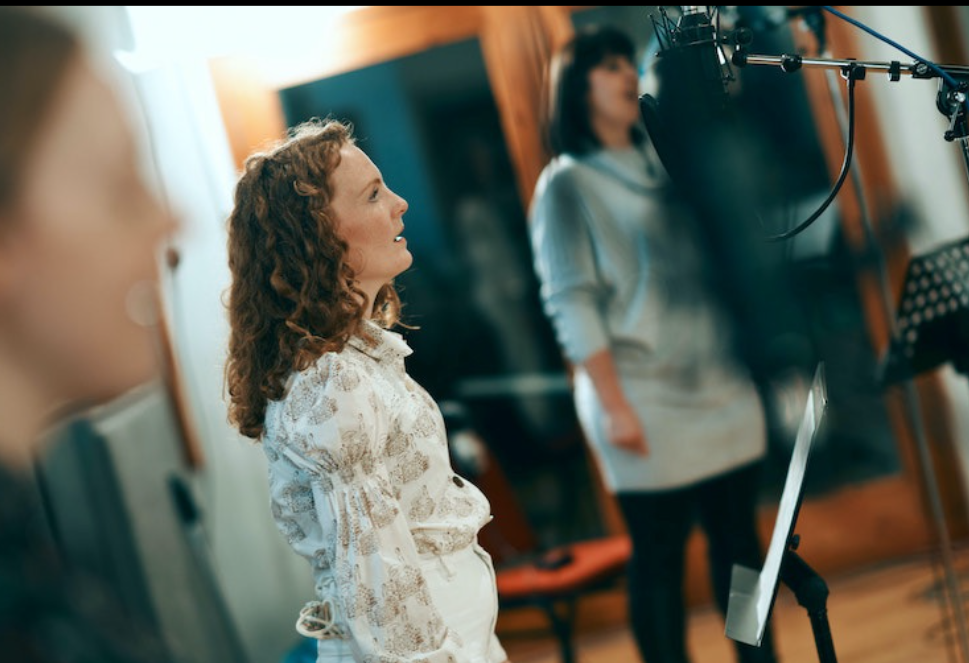 Says Christian Henson himself: “ALBION SOLSTICE is something that’s been deeply personal to me — the most engaged I’ve ever been about a library. I’ve been thinking about little else for the last two years, because it goes back to the heart of how cinema first really affected me — the films Wicker Man; Witchfinder General, which my dad was actually in, so we had posters all over our house; Straw Dogs; Picnic at Hanging Rock; Don’t Look Now; Deliverance... a set of secular, but also rural mysteries, and I loved the spirit that they conjured. So I thought, ‘Wouldn’t it be great to take instruments from folk traditions and stuff that sounds like it is of the earth — borne out of ritual, rights, and raves — and create a cinematic library.’ A folk noir library, if you will.” With that thought in mind, the resulting ALBION SOLSTICE sounds so skilfully curated and workshopped with such dedication throughout those two years are grouped into three distinct sections — namely, The Solstice Orchestra, featuring 10 ensembles and a soloist, 235 articulations, 78 of which are found in the two string sections, including legatos; The Cassette Orchestra, with 700- plus tape-warped, effected organic sounds for users to expand upon using its intuitive eDNA GUI (Graphical User Interface); and The Drone Grid, generating an almost infinite pool of stunning and unique textural evolutions to offer composers never-ending inspiration.

Acting as the beating heart of ALBION SOLSTICE, The Solstice Orchestra is a collection of folk and contemporary instrument ensembles presented in an achingly honest and truthful light. Lovingly selected and curated by Christian Henson himself, closely working with a carefully chosen group of players from the traditional music scenes in Scotland and the rest of the United Kingdom, it offers new, intimate, and sometimes provoking sounds imbued with raw emotion, evoking past, present, and future all at the same time. The Solstice Orchestra itself is made up of nine sections — namely, The Elders (traditional strings, classic strings, and solo bass); The Callers (brass and winds); The Mystics (whistles); The Blaggards (band); The Hosts (choir); The Generator Trio (electric guitars); The Gut Circle (acoustic guitars); The Nursery (bells and mallets); and The Marauders (percussion) — that are as inspirational in name as they are in sound. Since some sections of those sections are effectively libraries in themselves, there is clearly a plethora of sounds to keep keen composers inspired for a long time to come, even if Spitfire Audio’s ALBION SOLSTICE ends up being their only purchase. Painting an alluring word picture, Paul Thomson — fellow composer and Spitfire Audio co-founder — feels that The Solstice Orchestra offers, “An enormously wide variety of sound, with everything infused with an incredible character from various folk traditions. The sound you get back has a very different character, transporting you to new places. It doesn’t mean you have to use this to write a folk score, you just keep writing the way you normally write and it will take you in new directions as an amazing refresh for your palette with tons of inspiration.” 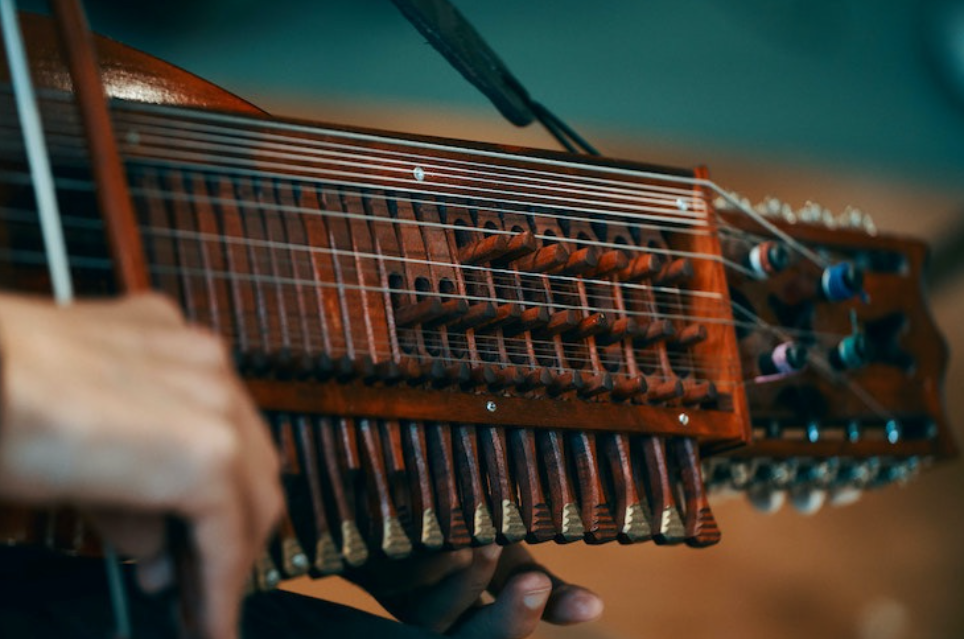 As a cornucopia of creative sound, The Cassette Orchestra is an expansive set of 150 inspirational presets made from 750 sound sources culled from The Solstice Orchestra, personally processed, mangled, and degraded by Christian Henson using vintage tape machines, analogue tape delays (including the vintage classic Roland RE-301 Chorus Echo and its heir apparent, the Echo Fix EF-X2 tape echo with spring reverb and DSP reverb/chorus), an enormous Eurorack modular system, and an enviable collection of guitar effects pedals (including the Chase Bliss Audio Automatone CXM 1978 studio reverb, OTO Machines BAM space generator, and Strymon NightSky time-warped reverberator)... take a trip through the looking glass into his world, exploring the impossible and creating the unimaginable. Ultimately, it is inspired by an imagined history: how would the instruments in question sound if the folk players of the past were recorded to cassette via stomp boxes? “Well, put it this way: it’s me, in my wheelhouse, or, rather, my shed,” says Christian Henson, before further revealing: “I wanted to capture the zeitgeist of the passion growing behind the cassette movement, and it was extraordinary the lengths we had to go to really get it into a ‘cassette-y’ kind of sound since it’s amazing how good cassettes actually are when they’re pristine. So we ‘un-prestine-d’ them.” There are also 100 different synthesizer sounds from his covetable collection of vintage and modern instruments (including a Korg MS-20 semi-modular analogue monosynth, Moog Prodigy analogue monosynth, Roland Juno-6 analogue polysynth, Roland Jupiter-4 and Jupiter-6 programmable analogue polysynths, and SOMA Laboratory LYRA-8 orgasmic analogue synthesizer), all processed by an array of analogue effects. 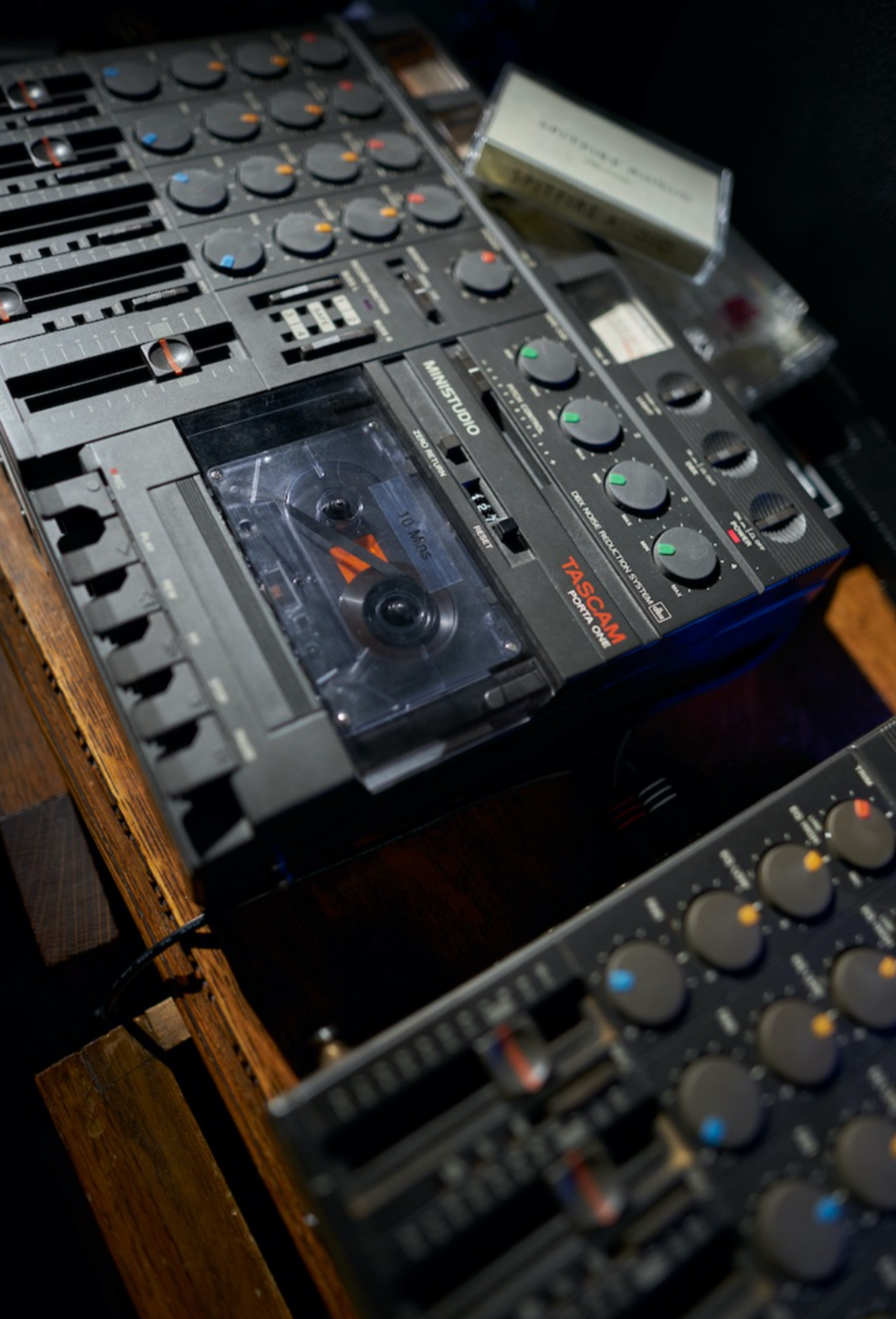 Ending on a high — literally long — note, Spitfire Audio ‘composer-in-residence’ Homay Schmitz introduces the third distinct section to make ALBION SOLSTICE what it is and do what it does as an almost infinite source of inspiration and creativity thusly: “The Drone Grid, which comes in our Evo Grid GUI, means that you have evolutions of long notes. These have been carefully curated by Christian Henson, together with the players in the studio, to capture all of these performances. There is a function that allows you to randomise the different sections, so the options are pretty much endless, and you can really make these combinations very unique to you.”

Yet surely it is only fitting for ALBION SOLSTICE’s instigator and ‘helmsman’ Christian Henson to provide an appropriate closing commentary: “There’s magic in this library. It’s inspiring to compose with and instantaneous to produce with. The sounds spring out of the box, with performances that absolutely drip with personality. It’s an environment where you feel that you are collaborating with the performers and not simply playing samples.” 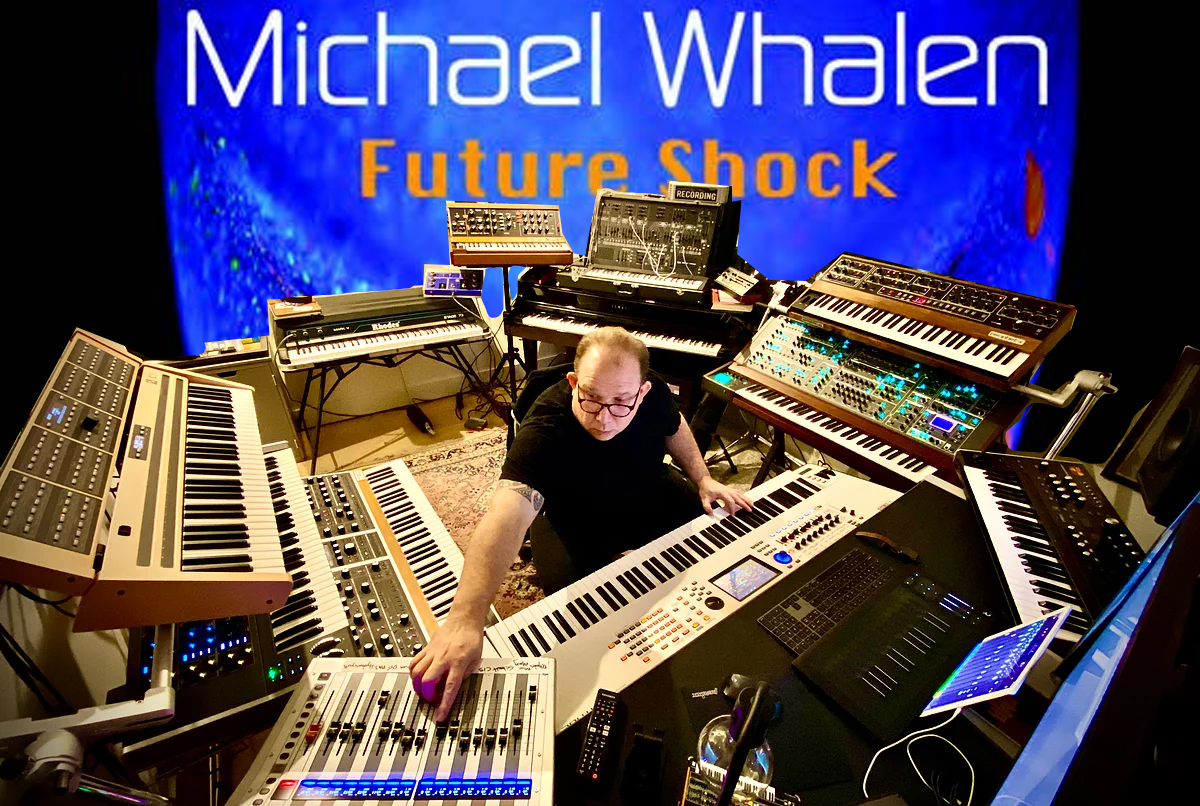 Michael Whalen: Shockingly, He's Back With Another ... 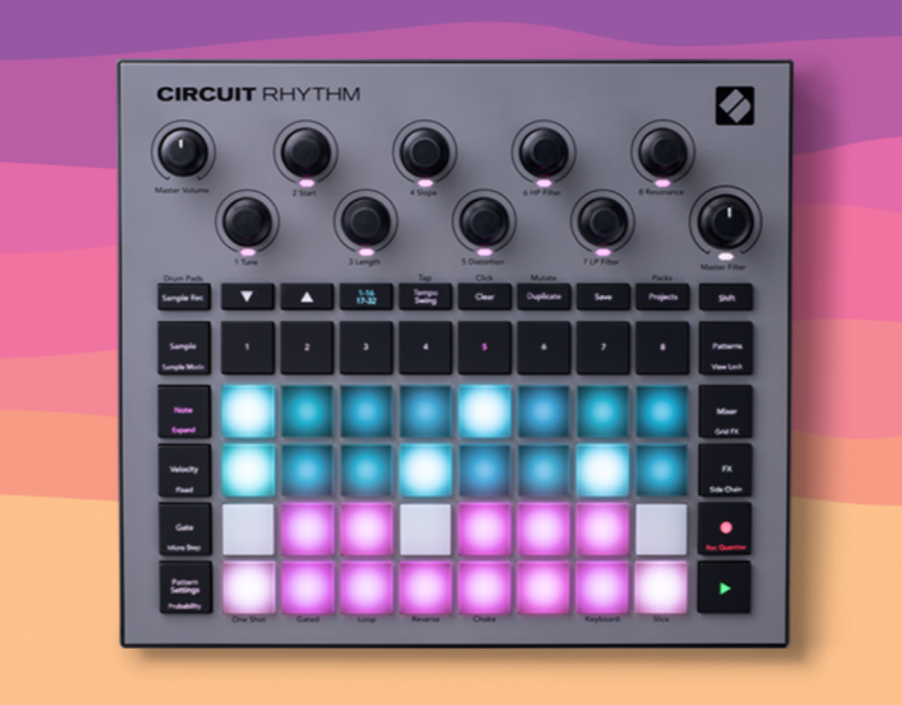