Introduced in 2013, the tabletop RC-505 has been the go-to looper for beatboxers, vocalists, instrumentalists, and other looping artists around the world. The RC-505mkII retains everything that made the original so loved and adds a wealth of new features to make the looping experience even more creative and free flowing.

Each of the RC-505mkII’s five stereo tracks now includes customizable FX and Track buttons, making it easier to color and control loops in the heat of the moment. Users can set up various parameters and trigger them with a press, hold, or double-click. Pressing the Undo/Redo button reveals a secondary layer to double the control options. Two external control jacks are also available for connecting footswitches or expression pedals, and each has its own dedicated set of parameters. And with the Assign function, users can set up 16 additional targets for hardware control and MIDI operation. 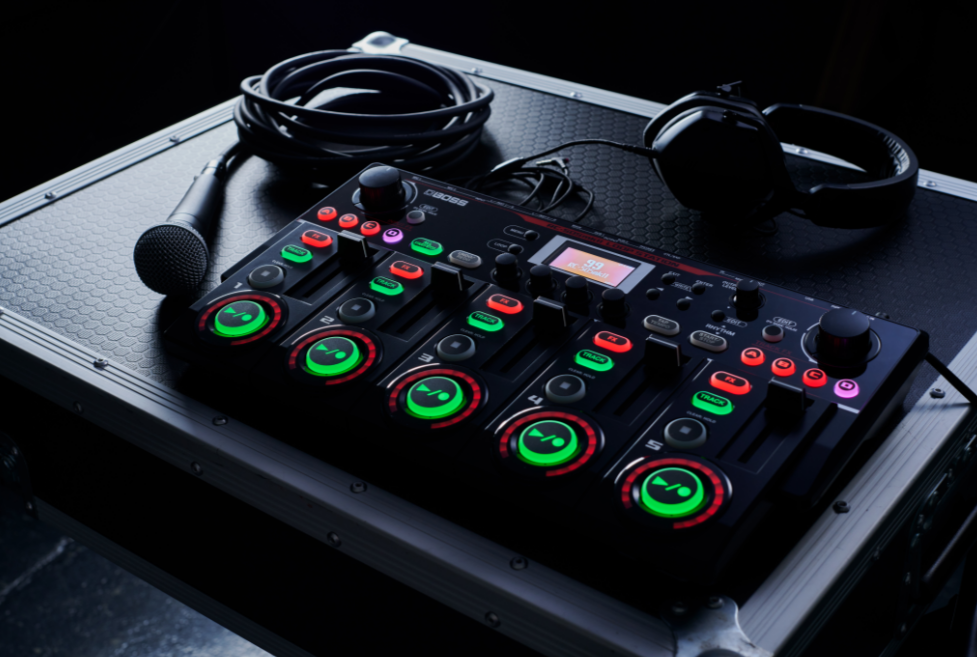 The RC-505mkII also provides a greatly expanded FX palette to process sounds during recording and playback. There are 49 Input FX and 53 Track FX types to choose from—including new vocal harmony effects—and it’s possible to use up to four in each section at once. Groups of four Input FX and Track FX can be stored in four banks for quick recall, and a step sequence function is available in some FX to create dynamic real-time movement.

The RC-505mkII’s expanded connectivity and onboard audio processing allow performers to do more with less external gear. There are two XLR mic inputs and two mono/stereo line input pairs, plus an input mixer with two mic compressors and independent channel EQs. Three stereo output pairs, a headphones output, and an output mixer are also available, complete with assignable routing options and master reverb and compressor effects. In addition, the RC-505mkII’s panel faders have longer throw for more precise adjustments and rigid construction for a more solid feel. 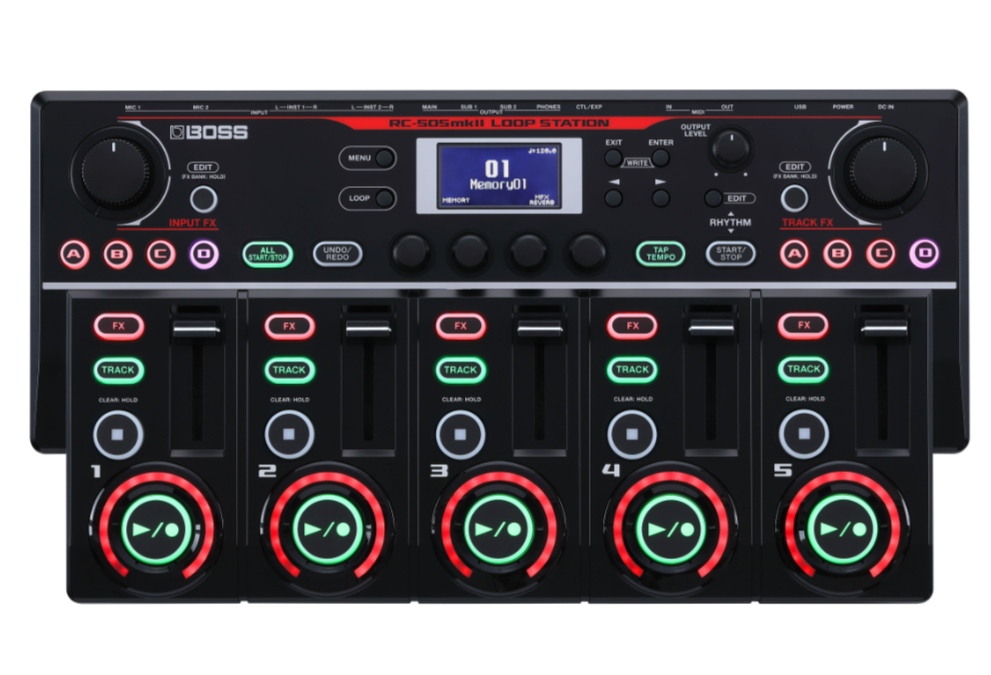 With the RC-600’s 49 Input FX and 53 Track FX types, users can process sounds before and after loop capture to bring color, variation, and excitement to performances. Included are versatile effects from the vast BOSS library, a guitar-to-bass simulator, and powerful vocal FX. The Track FX selections also include cool DJ-style effects like Beat Scatter, Vinyl Flick, and more. Up to four Input FX and Track FX can be used at once, and banks of four can be stored in each section for quick recall. 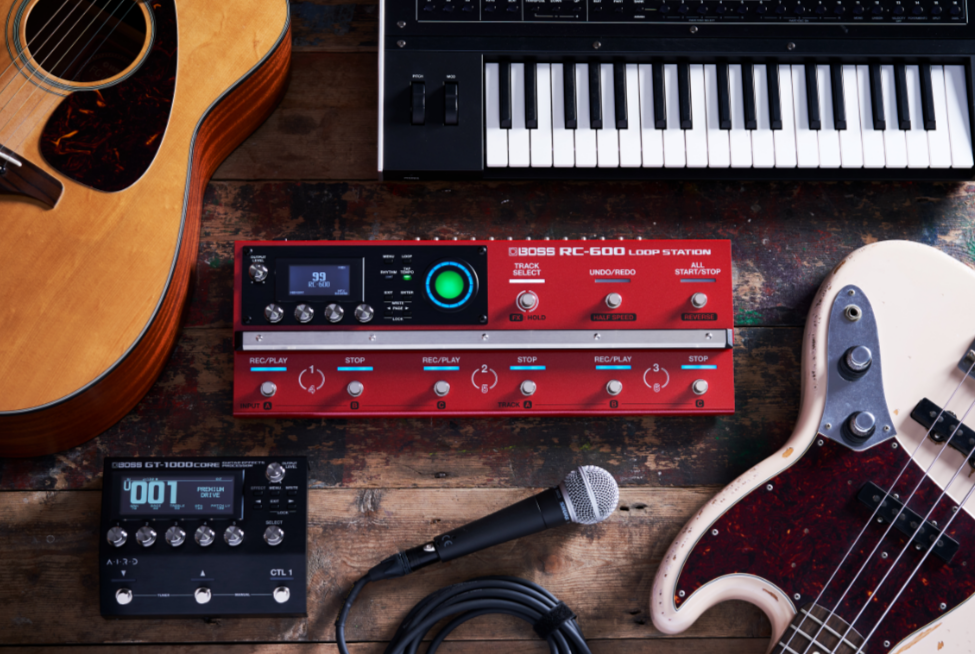 The RC-600 offers over 200 built-in rhythms in styles ranging from rock, pop, and acoustic to Latin, jazz, and electronica. Each rhythm type includes four pattern variations, intros and endings, and automatic fills to transition between sections. It’s also possible to import SMF rhythms using the BOSS RC Rhythm Converter software. And with 16 different kits, users can instantly transform grooves with sounds from heavy rock to light percussion and everything in-between.

The RC-600 comes with the same connectivity and mixing features as the RC-505mkII, giving performers powerful and versatile tools for working with mics and instruments, mixing and monitoring sounds, and interfacing with other gear. 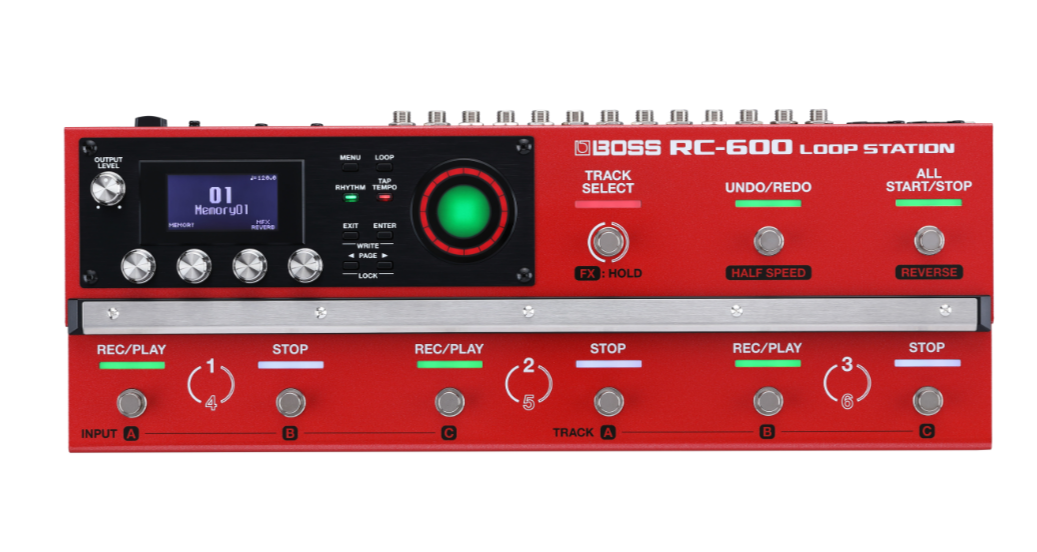 About the BOSS Loop Station Series

The RC-505mkII and RC-600 are the latest members of the famous BOSS Loop Station family, which has been providing inspiring, cutting-edge products for all types of looping musicians for nearly two decades. Other current Loop Station models include the single-track RC-1 and RC-5 compact pedals and dual-track RC-500 pedal.

To learn more about the BOSS RC-505mkII, RC-600, and the entire Loop Station family, visit www.boss.info. 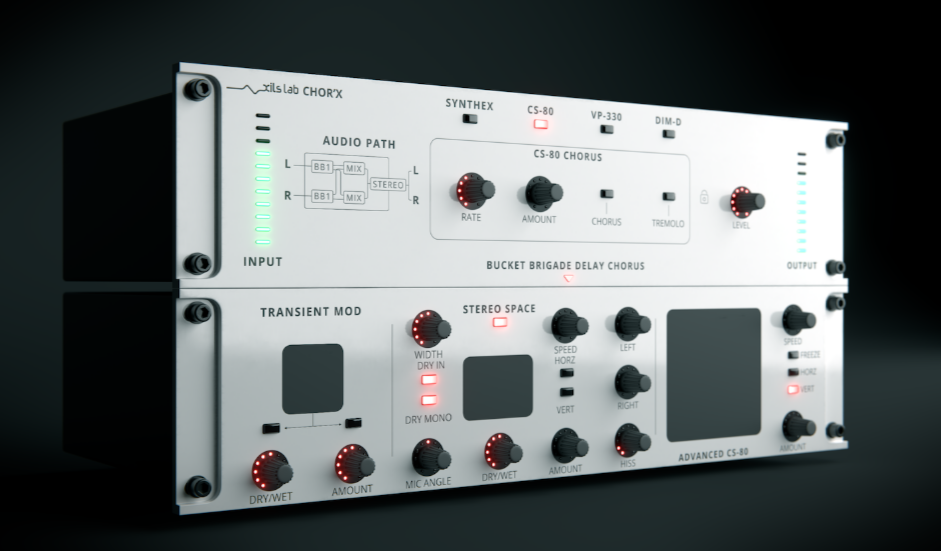 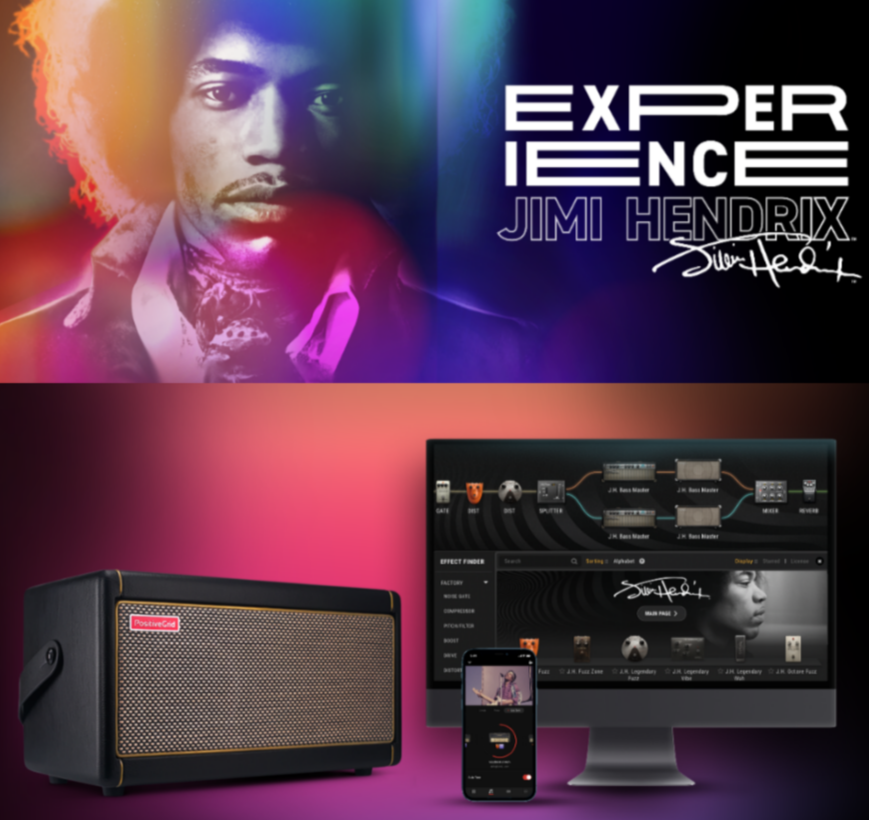