“They played a set of superlative rock songs with unwavering conviction, and they did it brilliantly.” ***** - The Times

LOS ANGELES, CA -- November 3, 2021 -- When Pixies halted an eleven-year hiatus by announcing a series of shows at the iconic Brixton Academy in 2004, excitement reached a fever pitch. Four nights soon sold out, each of which would be packed with longstanding fans and newcomers alike. Being the band they are, Pixies didn’t take the obvious route and on the first night, June 2nd, opened in relatively restrained fashion by playing the Neil Young rarity ‘Winterlong’ before tearing deep into their discography. 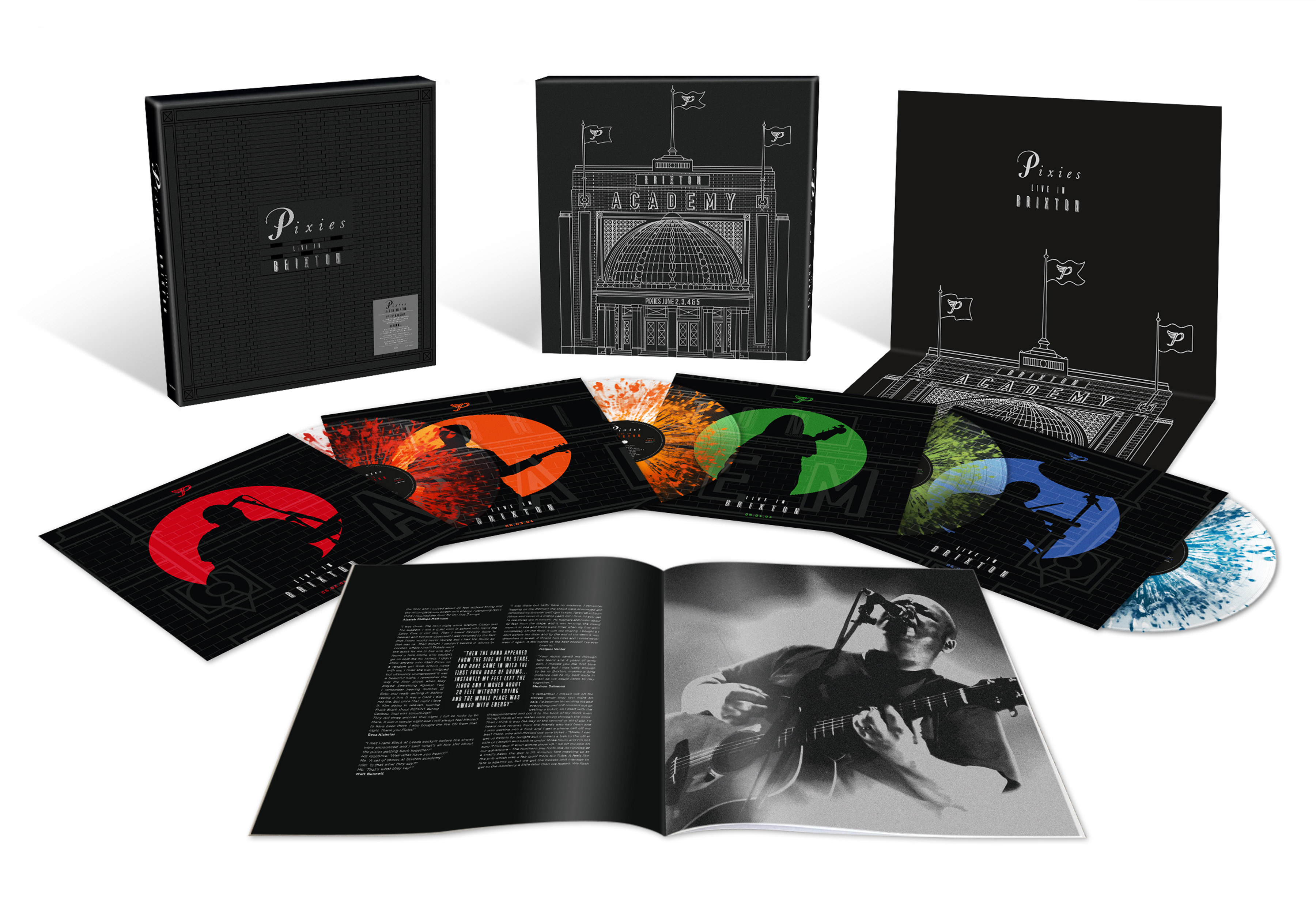 Over the course of the four nights, they played almost all of the big hitters and fan favorites from the landmark albums ‘Doolittle’ and ‘Surfer Rosa’; key songs and obscurities from the rest of their catalogue; plus further covers in the shape of Peter Ivers’ ‘In Heaven’ (from the David Lynch film ‘Eraserhead’) and The Jesus and Mary Chain’s ‘Head On.’ And remarkably, each of the four setlists was radically different.

The vinyl box set is spread across eight discs of heavyweight 180 gram vinyl, with each show split between two translucent coloured LPs: June 2nd is red, June 3rd is orange, June 5th is green, and June 6th is blue. It is housed within a beautifully crafted deluxe slipcase box featuring silver foil detail that depicts the famous Brixton Academy venue. Only 2000 will be made (worldwide). 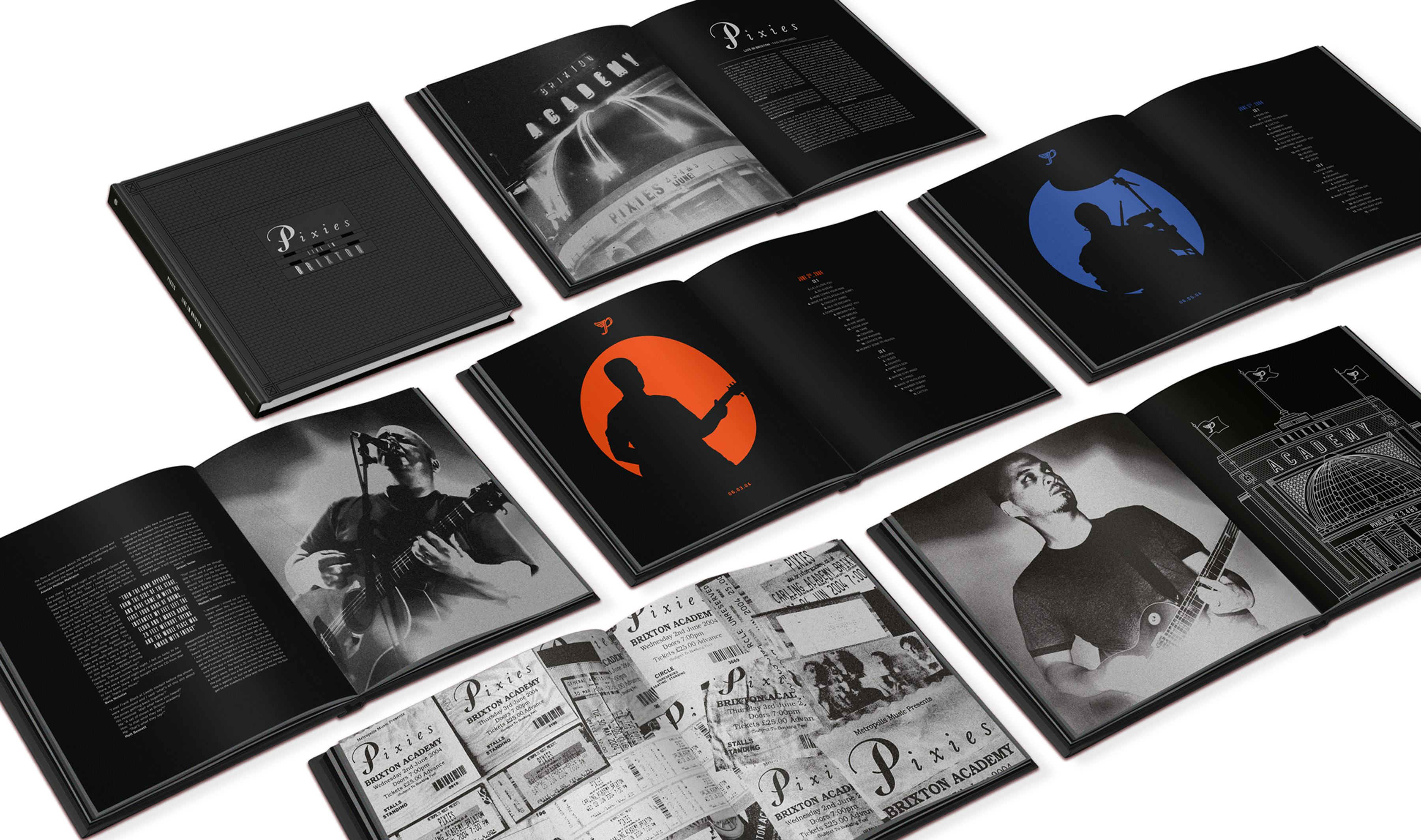 Live In Brixton, will also be available in a second vinyl box set which will be exclusive to select independent retailers. Each show is pressed on the same colors as the standard version, but this time splattered on otherwise clear vinyl. The limited edition run - (1500 U.S., 750 UK, 750 ROW) - is sure to make it a must-have item for diehard Pixies fans and collectors.

The CD box set again uses the same colors for each night, with each show spread over two CDs. It will be packaged within a deluxe case bound book, with similar artwork to the two vinyl versions. 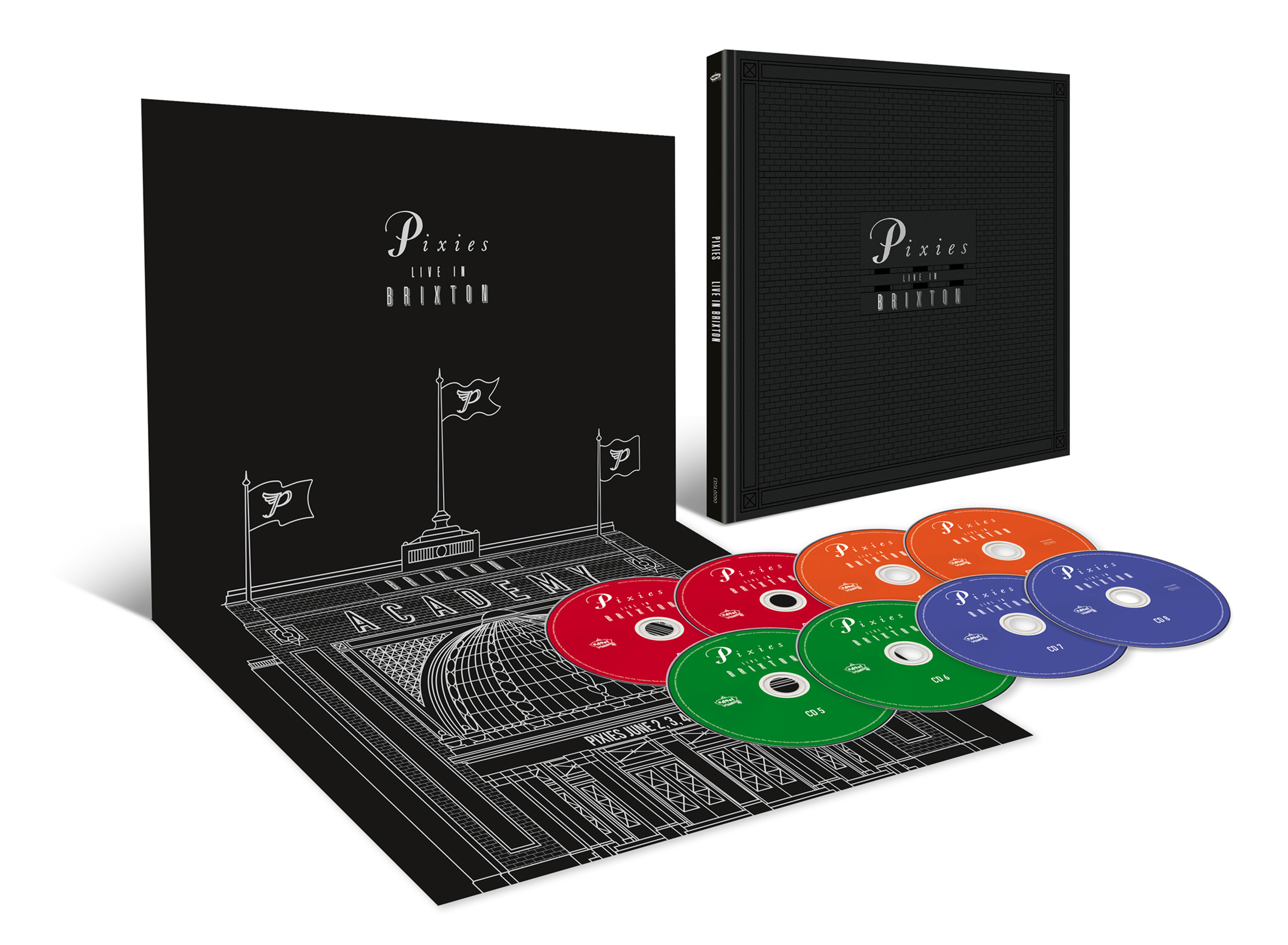 All formats include a 24-page booklet, which features photographs and new artwork, along with memories and paraphernalia from fans who attended the shows. The packages are completed by a 68 x 48 cm (about 27 x 19 inches) fold-out poster which features the new Live At Brixton box set artwork.

The Brixton shows live long in the memory of the band, too. Naturally, not everything went perfectly: Joey Santiago accidentally broke his Les Paul during a typically unconventional performance of the ‘Vamos’ solo, while drummer Dave Lovering’s opening performance with his electrical engineering / experimental magic show The Scientific Phenomenalist featured a big trick that completely failed. But it’s the highs that they remember the most.

“It was an amazing reception, I guess they had missed us over all those years,” says Joey. “I particularly remember getting word that the balcony was swaying, and seeing that the crowd didn’t want to leave long after we had finished the show.”

Dave adds, “Having played there in the past, the Brixton Academy was a familiar venue and the shows were a fantastic experience. When I opened with my Scientific Phenomenalist show, I was a Pixie opening for Pixies. I could do no wrong. But, I did! It was an absolute thrill, though, to present it there.

All in all music or magic, the audiences were very kind and receptive and made it a joy to play. Nothing of my experience I would change. Long live the Academy. 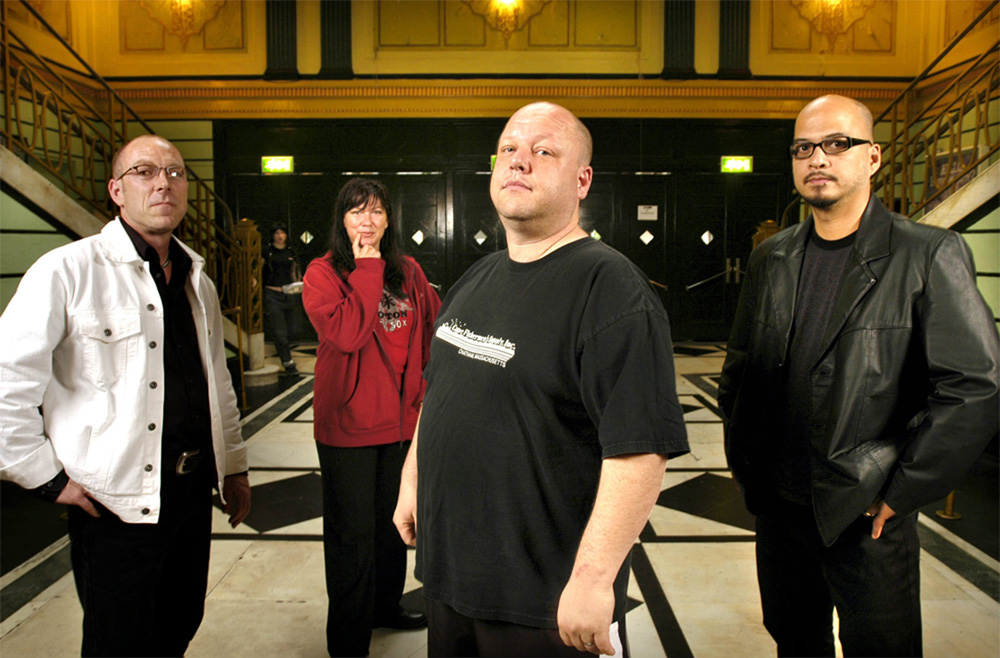 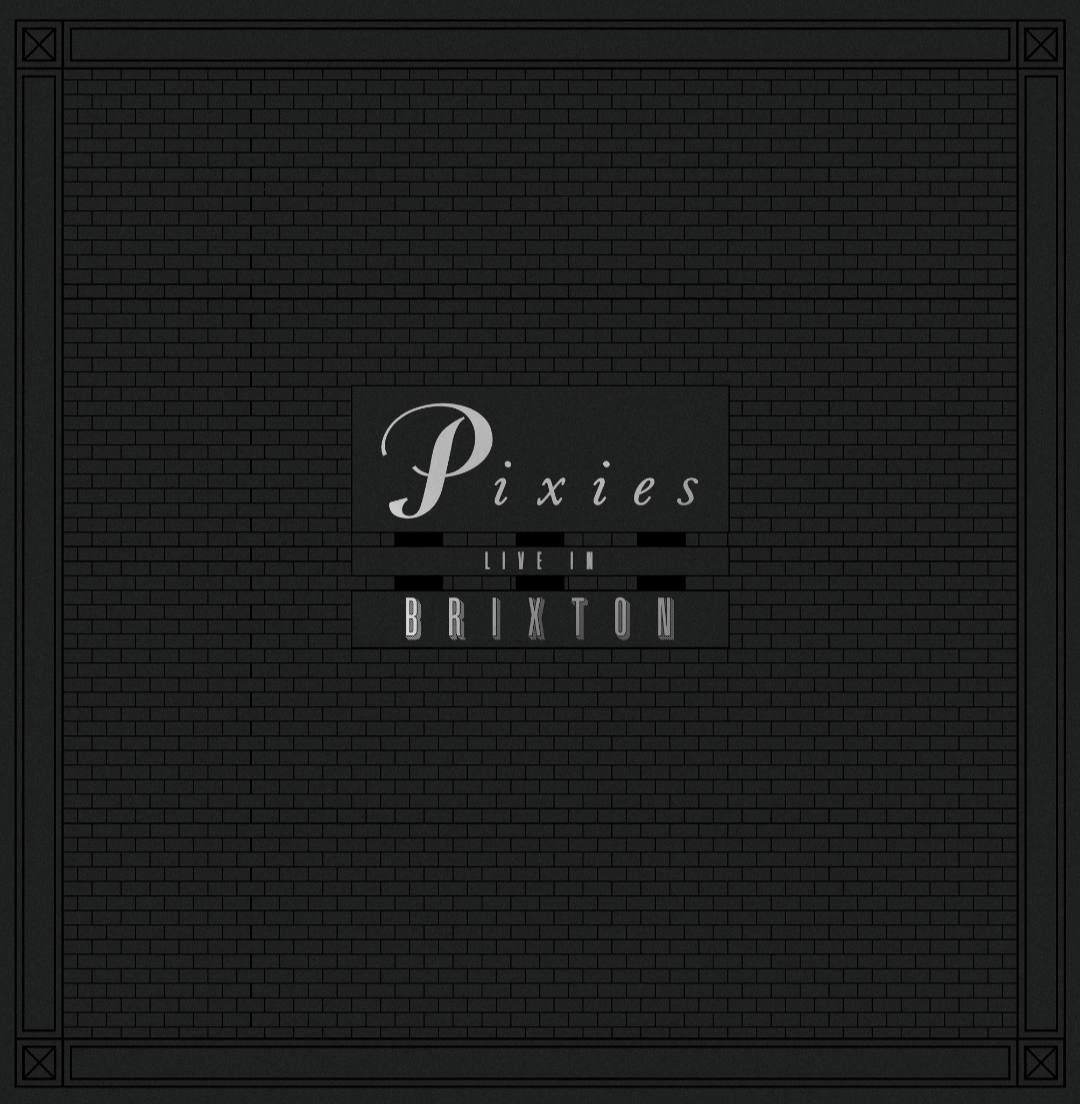 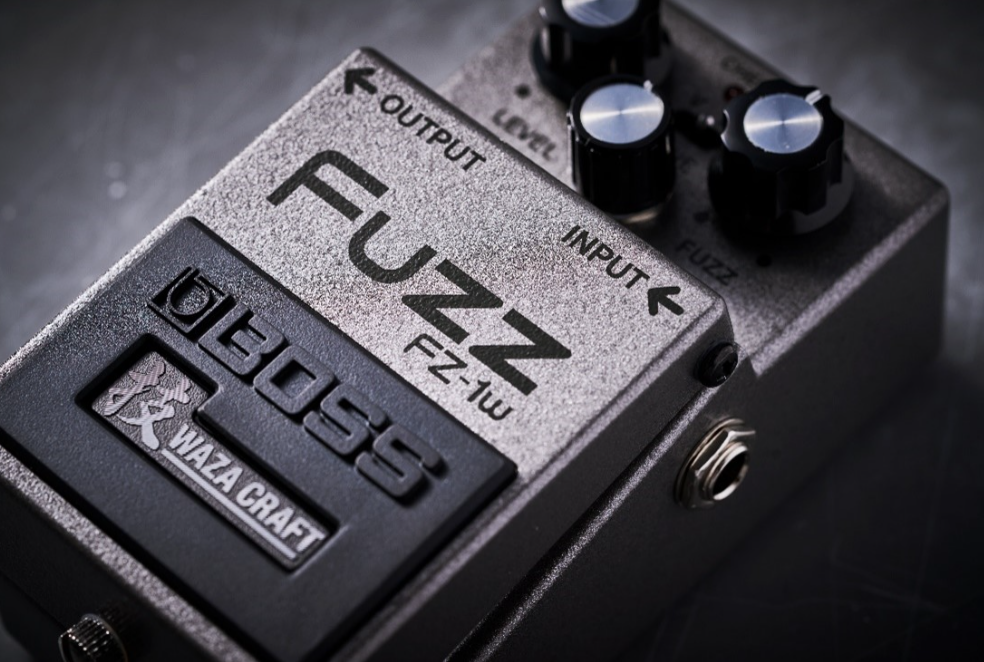 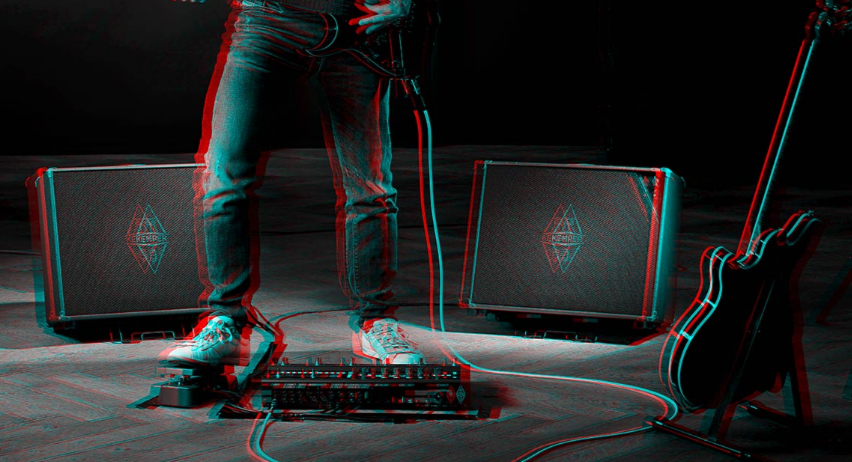