TAYLOR® GUITARS REVAMPS ITS 700 SERIES WITH AN ALL-KOA LINEUP

The new “Select-grade“ Hawaiian koa guitars will replace Taylor’s rosewood/spruce 700 Series models and feature an organic aesthetic and a new voicing for a livelier, punchier sound

The new all-koa 700 Series builds upon Taylor’s long history of using Hawaiian koa on guitars, dating back to the debut of its Koa Series in 1983, but intentionally offers a distinctive look, feel and musical personality compared to the iconic, ultra-premium Koa Series. 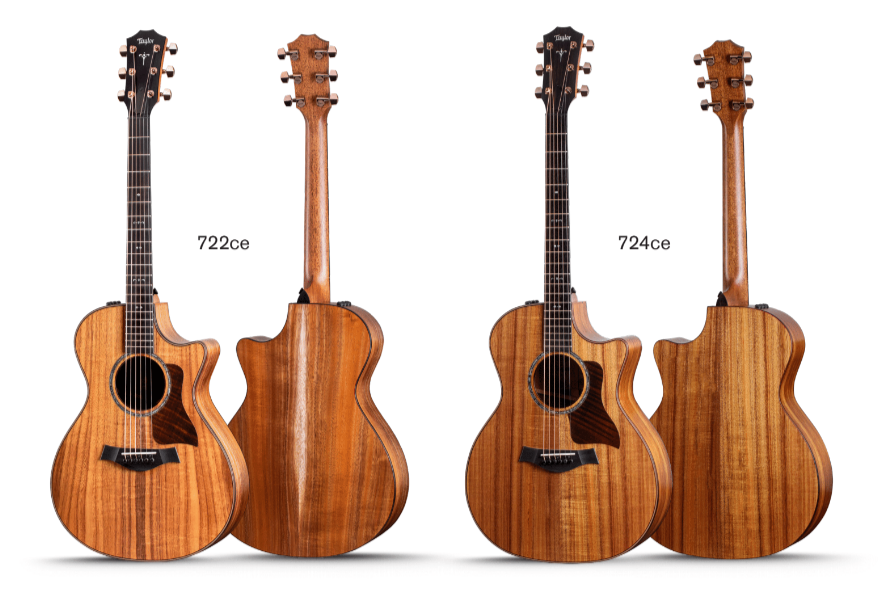 Powers describes the sonic differences between the new 700 Series and Taylor’s existing Koa Series using a coffee analogy: “If a Koa Series guitar is a perfectly prepared cappuccino, these new all-koa 700s would be more like a great pour-over coffee with well-roasted beans, presented in the most direct way possible for the purest koa experience. You get all the flavor, with minimal filtering.”

The visually striking “Select-grade” sets of koa featured on the 700 Series come from trees that grow straighter and contain variegated hues and beautiful striping. Access to such color variety was made possible by Taylor’s innovative Hawaii-based forest stewardship partnership with longtime supply partner Pacific Rim Tonewoods. Their joint venture, Siglo Tonewoods, works with large landowners in Hawaii through stewardship conservation contracts, which enable Siglo to harvest a select number of koa trees, and in return, Siglo invests the dollar-for-dollar value of that wood in improvement projects to restore native Hawaiian forests. Through this arrangement, Siglo has become more directly involved in the cutting of logs, resulting in the discovery of varieties with a richer palette of colors and visual character than previously encountered. 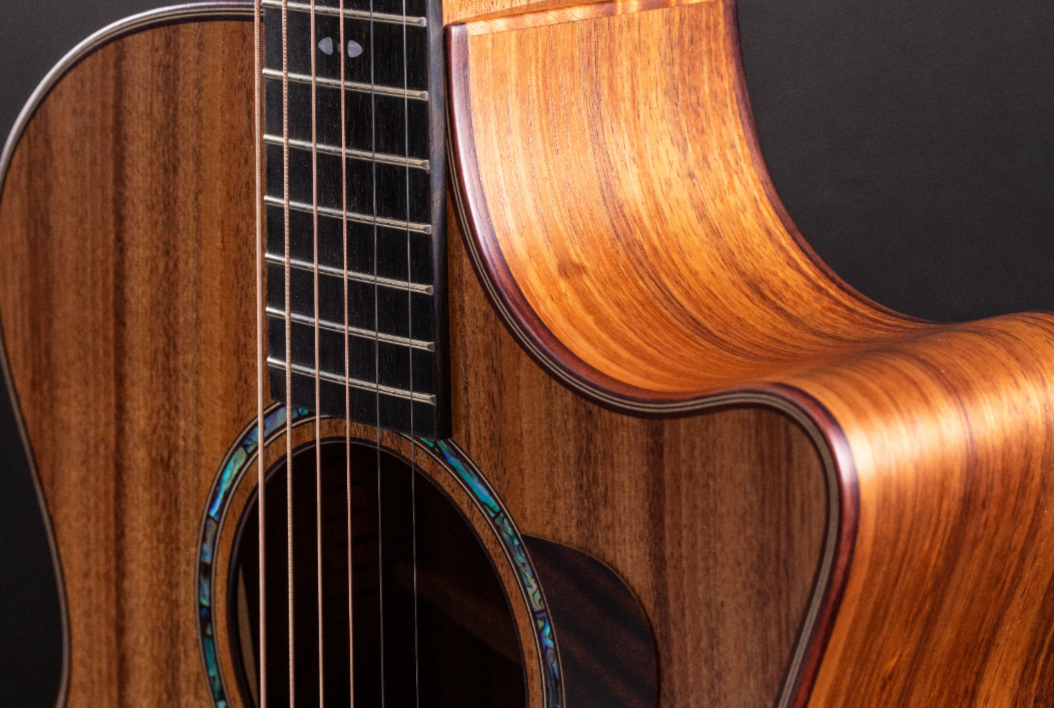 Rather than use the gloss finish of the Koa Series on the 700 Series, Powers opted for an ultra-thin, open-pore matte finish, which not only supports the organic visual aesthetic but also plays an important role in both the feel and sound of the guitars.

“I was thinking about these guitars from the outside in,” Powers explains. “With the ultra-thin finish, you can feel the actual wood texture, the grain structure, the pores. You’ll also hear more of the tactile elements of your playing — more of your fingertips, a pick touching the strings, the subtle nuance of a guitarist’s natural sound. I think of this as a player-reflective version of a koa guitar — you get more control over what you sound like.”

Both the 724ce and 722ce showcase a new suite of decorative appointments focused on natural materials, including rosewood binding (including a bound soundhole), a paua shell/rosewood rosette, maple/rosewood top edge trim and a dark-stained maple pickguard. The guitars also feature an understated new “Fountain” inlay motif in mother-of-pearl. The tuners are Taylor polished bronze. 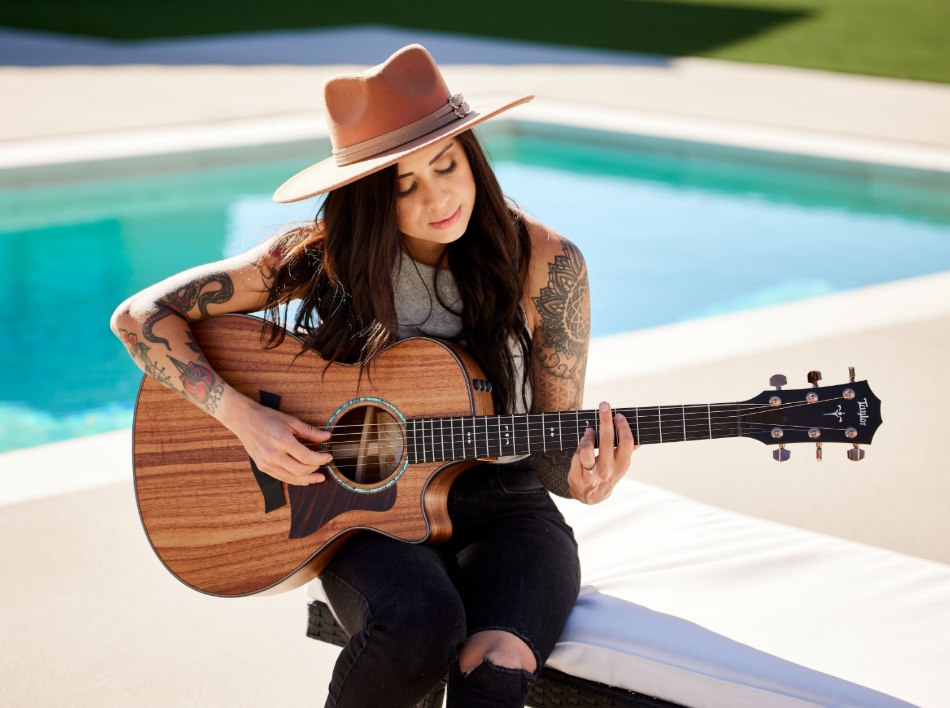 The new koa 700s will replace the rosewood/spruce 700 Series models with the exception of the recently released Builder’s Edition 717, which retains its rosewood/spruce tonewood pairing and other specifications. The koa 700s join a variety of existing koa wood guitars including the Koa Series, select 200 and 200 DLX Series models, GS Mini Koa and Koa Baby Taylor guitars. The 724ce and 722ce both retail for $3,499 and include a Taylor Deluxe Hardshell Case. 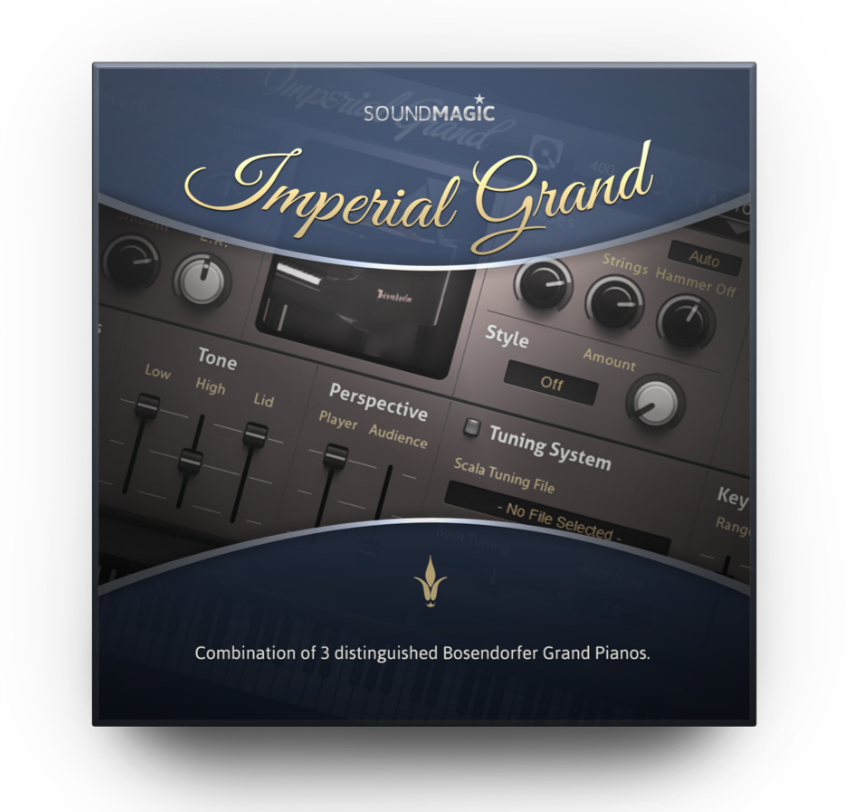 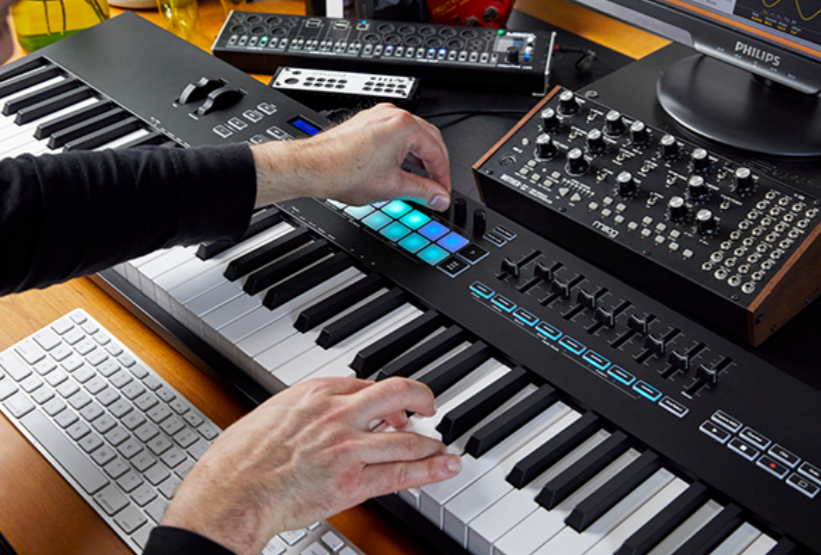