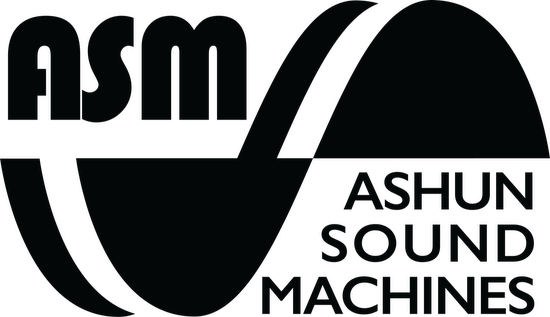 Hydrasynth itself is an eight-voice, three-oscillator synthesizer anchored around a unique wave morphing synthesis engine. OSC 1, OSC 2, and OSC 3 can all make use of any one of the 219 single-cycle waveforms available, while Wave Scan mode (for OSC 1 and OSC 2 only) flexibly facilitates defining eight waveforms into a list and then morphing from one to the next using modulation sources. 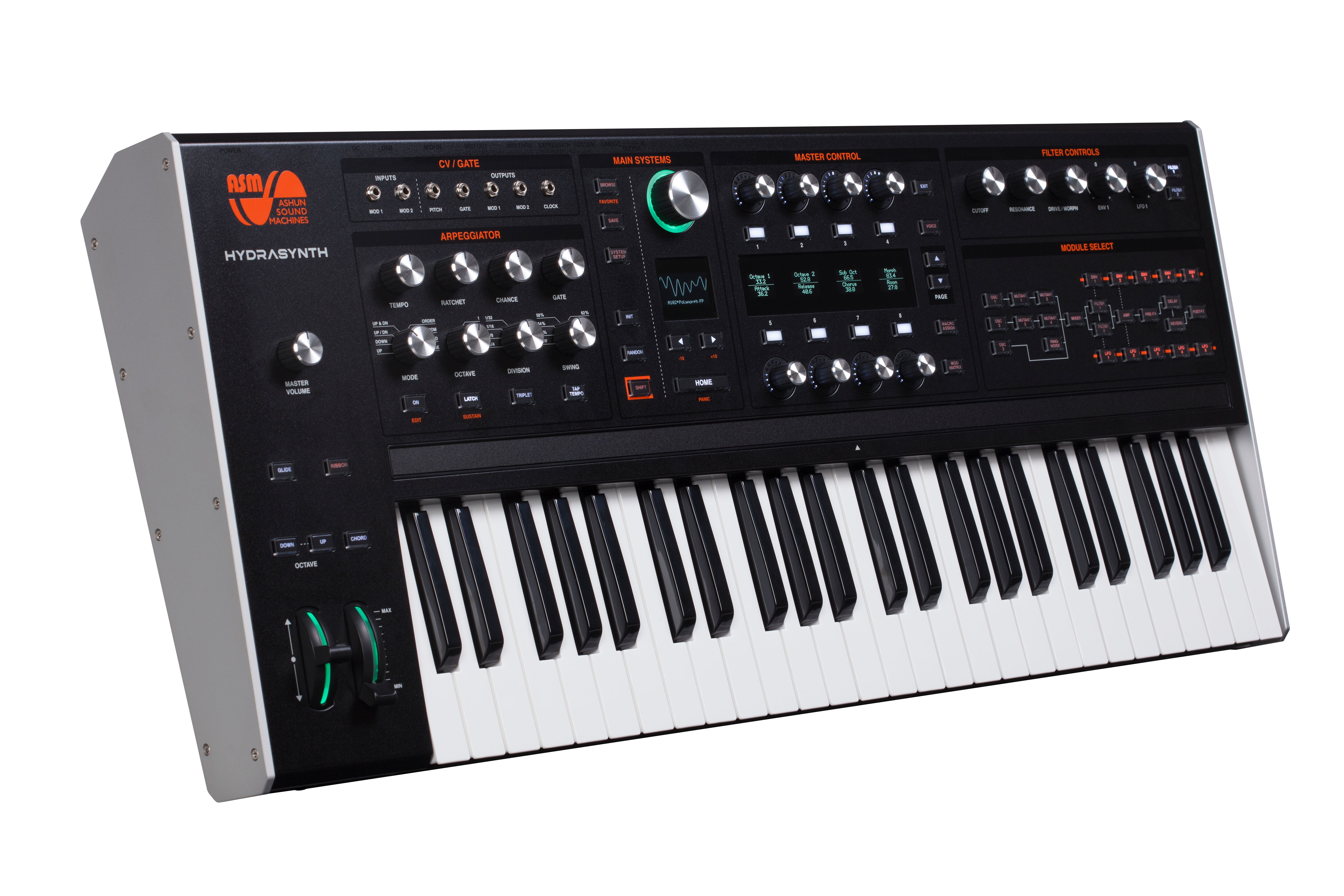 On top of that, the synthesis engine also contains two filters that can be configured in parallel or series. FILTER 1 features 11 filter models spanning new and classic filter modes, while FILTER 2 is a continuously-variable multimode affair.

As modulation sources add much-needed movement into a synthesized sound, Hydrasynth far from disappoints in that regard with five envelope generators — ENV 1, ENV 2, ENV 3, ENV 4, and ENV 5 — capable of looping as well as tempo synchronisation and five LFOs (low frequency oscillators) — LFO 1, LFO 2, LFO 3, LFO 4, and LFO 5 — capable of acting as step sequencers or one-shots. The modulation matrix — MOD MATRIX — offers 32 modulation slots with which to route sources to destinations. Such sources and destinations can also be received or sent via MIDI (Musical Instrument Digital Interface) CC (continuous controller) messages or front panel-accessible CV (control voltage) INPUTS and OUTPUTS.

Of course, connectivity to the wider world is as far reaching as it comes, courtesy of that full-blown MIDI implementation (via the usual connection compliment of MIDI IN, MIDI OUT, and MIDI THRU on five-pin DIN as well as USB) alongside CV/GATE connections (for playing nicely with the likes of today’s ever-widening world of Eurorack modular gear, vintage synthesizers, and more).

Hydrasynth has brought back one of the most requested features in synthesizers and controllers — namely, polyphonic aftertouch. As such, its unique polyphonic aftertouch keyboard breathes life and dynamics into otherwise static sounds, so users can create expressive musical passages using a standard-sized traditional keyboard. It is not necessary to learn a new keyboard technique to be able to play and perform with the Polytouch™ keyboard. 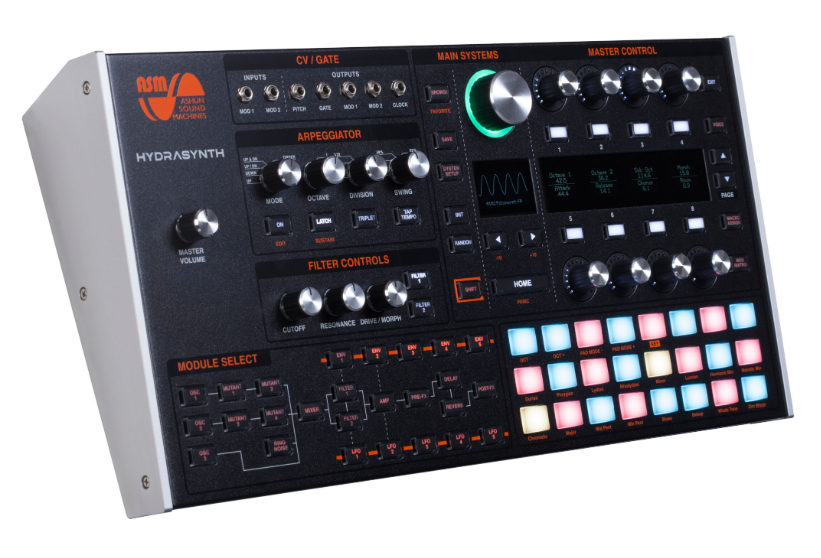 Alternatively, a desktop version of Hydrasynth — dispensing with that Polytouch™ keyboard and the user-assignable ribbon controller in favour of 24 velocity- and polyphonic aftertouch-sensitive pads — is available to those not needing to add another keyboard to their studio or stage setups; saying that, all other performance attributes are still at hand, including an adaptable ARPEGGIATOR and dedicated FILTER CONTROLS, with crisp OLED (organic light-emitting diode) displays duly providing welcomed visual feedback across the easy-to-follow front panels of both versions of ASM’s inaugural hardware product... when it comes to working with a sensational synthesis engine, the choice is out there! 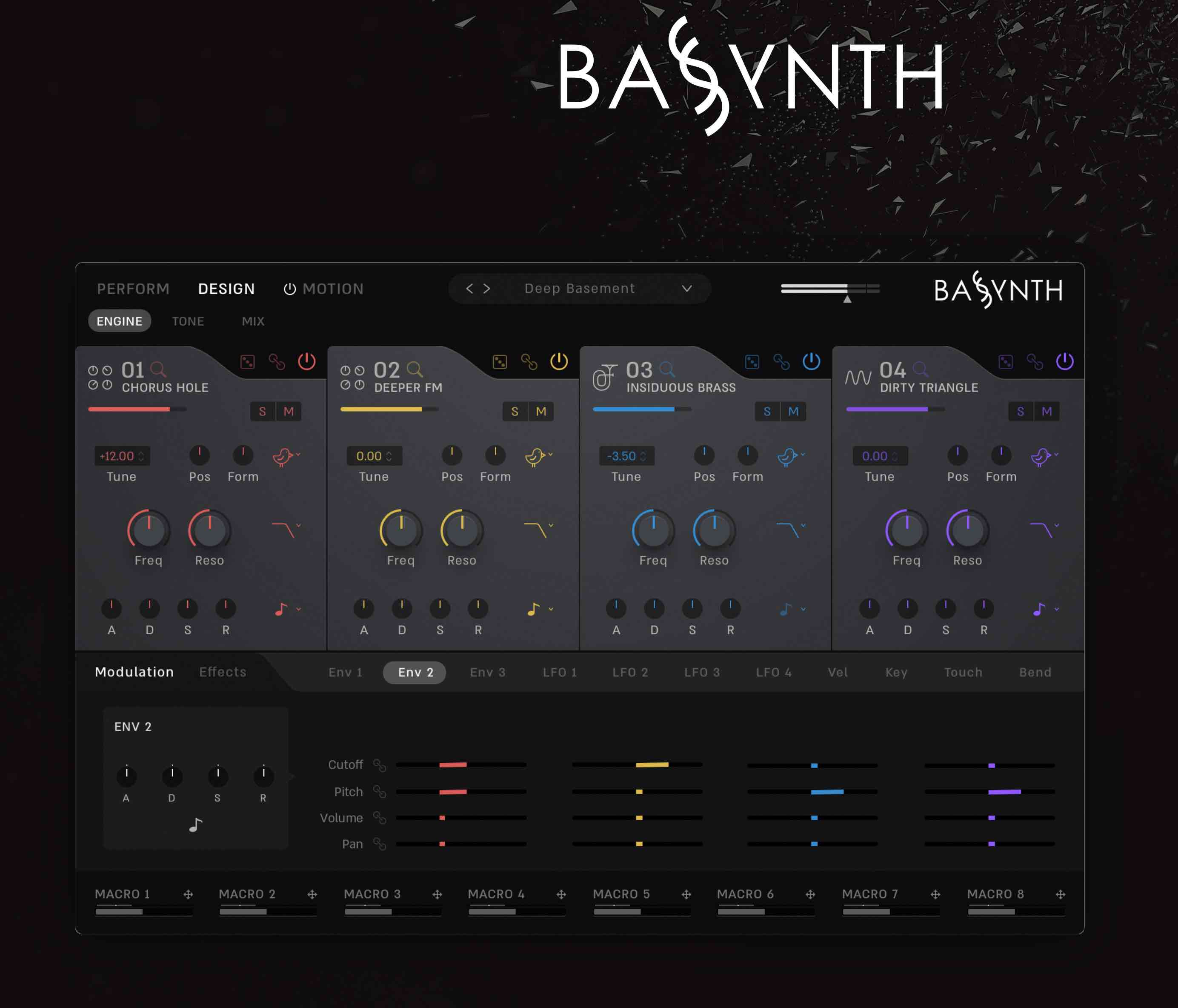 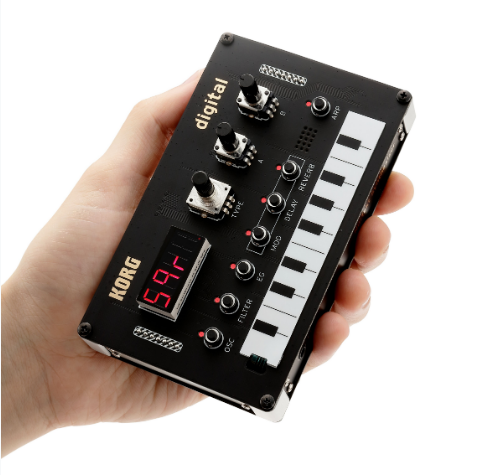