A dead amplifier or electronic instrument is useless, so making sure it receives a constant supply of clean power is the simplest way to protect your investment — especially if you gig in locations where you can’t be assured of isolated, regulated, or even grounded, three-pole power. There’s nothing especially glamorous about power conditioners, but you need to invest in them. As with previous generations of Furman products, the recently updated models of Furman PL-series power conditioners are sure to keep your gear in top form.

You’re not running your gear into a cheap power strip, are you? The first thing to realize is that surge protection is just one small part of what power conditioners like the PL series provide. Equally important, if not more-so, the PL-series devices provide noise filtration to ensure that clean power reaches your amp, which translates into less electrical noise. This can make a big difference in the quality of audio you hear coming — especially for guitar players using tube amplifiers.

We spent some time with one power conditioner from the Plus series, and one from the Pro series. The principle difference between the product lines is that the Pro series features a 20 amp rating for use with big power, while the Plus series has a 15 amp rating. The PL-Plus C and PL-Pro C models have a series of colored LEDs that show incoming voltage levels, while the PL-PLUS DMC and PL-PRO DMC models have a numeric display that provides exact readings of the incoming voltage.

Furman’s Extreme Voltage Shutdown (EVS) feature shuts your equipment Off in the event of extreme voltage being sent to the device, such as if it were accidentally connected to an outlet running at a much higher voltage (handy if you’re on an international tour and your tech plugs your gear into the wrong outlet).

If you haven’t upgraded from your old, first generation PL-series power conditioner, the first thing you’ll notice is the weight — these things are heavy! If you were hoping to keep rack weight to a minimum, you’ll probably be upset by the fact that these weigh twelve pounds apiece (significantly more than the first generation products, but similar to the Series II products on the market since 2001)!

The PL-series power conditioners each have eight outlets on the rear split into two isolated blocks. While the first bank of five outlets is pretty typical, the second bank (of three outlets) has additional spacing between the outlets in order to accommodate wall warts. One especially cool feature of the Pro units is that they also include special securing loops with straps that let you physically secure your wall warts to the back of the power conditioner — a fantastic feature if you ever end up placing your rack gear on its back or side (like sticking it in a car for transportation to a gig). We think this handy feature should appear on all units in both product lines.

Both models featured retractable LED lights with dimmer switches on the front, and BNC connectors on the rear for standard goose-neck lamps. They also provided an additional outlet on the face — handy when you have some random device you need to plug in that isn’t part of your rack (like the rechargeable batteries for your wireless systems).

But the Pro series added another cool feature — a front-mounted USB power socket for charging your portable electronic devices! We found this great for charging up iPods and Blackberry mobile devices during band rehearsals.

Both units worked great, and both the multi-segment LED voltmeter and digital meter (on the DMC model) provided useful and accurate monitoring of our power levels. Even in a studio with new wiring, the line coming into our building from the pole is beyond our control, and it was interesting to observe the subtle fluctuations in power that we had in our studio. We loved the cool blue light of the digital meter, too. It should also be noted that the pullout lights didn’t generate any appreciable heat.

If you plan to plug a Pro-series unit into a typical 15-amp outlet, keep in mind that you’ll need an adapter from a hardware store. The power cord is designed to plug into a 20-amp outlet with the neutral perpendicular to the hot (i.e. a rotated prong similar in appearance to certain household appliances). The other features are identical. 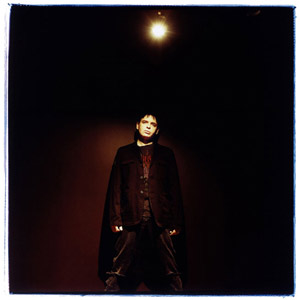