Wednesday, June 9th, 2021 - Incendiary guitarist and solo artist, John 5, has today announced his North American 2021 tour taking place this summer. Joining him on his 22 date trek will be blues-rock guitarist and singer Jared James Nichols and industrial rockers Black Satellite. Joining the tour for shows in Sioux Falls, Sioux City and Lincoln will be YouTuber, musician, and multi-instrumentalist Sarah Longfield. Tickets are on sale now from John5.com. 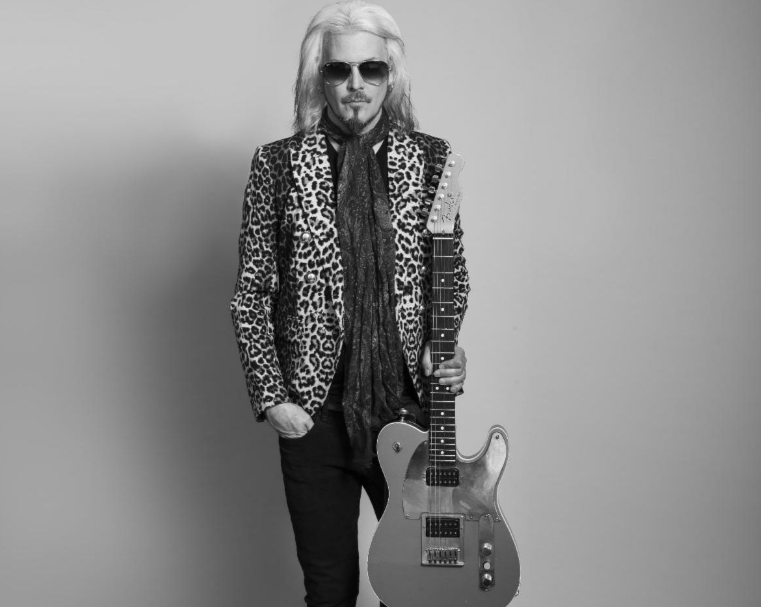 Speaking on his newly announced tour, John 5 shares:
“I’ve always been excited to go on tour but this time it’s amplified by a million. I can’t wait to see everybody’s faces and say hello to everybody coming out to the shows. I’m very excited to have Jared James Nichols, Black Satellite and Sarah Longfield joining us on this run. I’m sure we’re gonna have a great time.”

Don’t miss your chance to catch one of the best guitar players going when he comes to a city near you this summer. Tickets for the John 5 2021 N. America tour are on sale now from John5.com. Full dates are below: 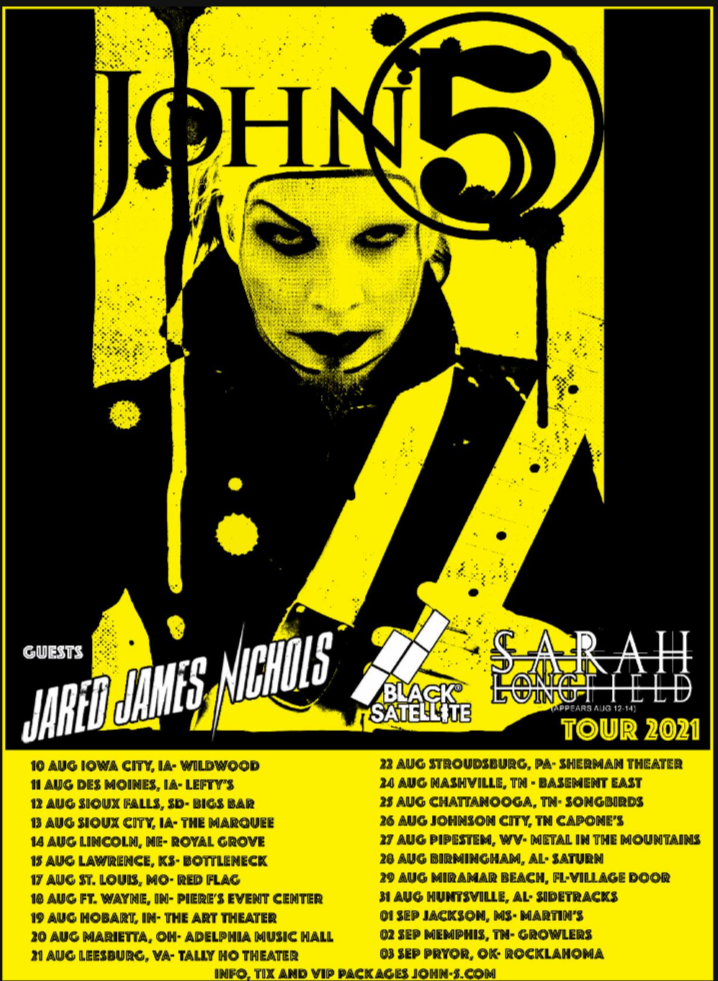 John 5 released his debut solo album ‘Vertigo’ in 2004 and its follow up ‘Songs For Sanity’ in 2005 just as he paired up with Rob Zombie for Ozzfest. John went on to play on the majority of Zombie’s 2006 release ‘Educated Horses’ and has been part of Rob Zombie’s band since. Their most recent album ‘The Lunar Injection Kool Aid Eclipse Conspiracy’, released earlier this year, saw enormous success on the Billboard charts, hitting #1 across 11 charts, including Current Rock, Top Albums and Top Current Albums and #9 on the Top 200.
Most recently, John 5 combined forces with Rob Zombie, Nikki Sixx and Tommy Clufetos to create a supergroup dubbed The LA Rats and record “I’ve Been Everywhere”, the lead track for upcoming movie “The Ice Road” starring Liam Neeson.

John 5 has been hard at work on his next solo album. More news on that coming later this year. 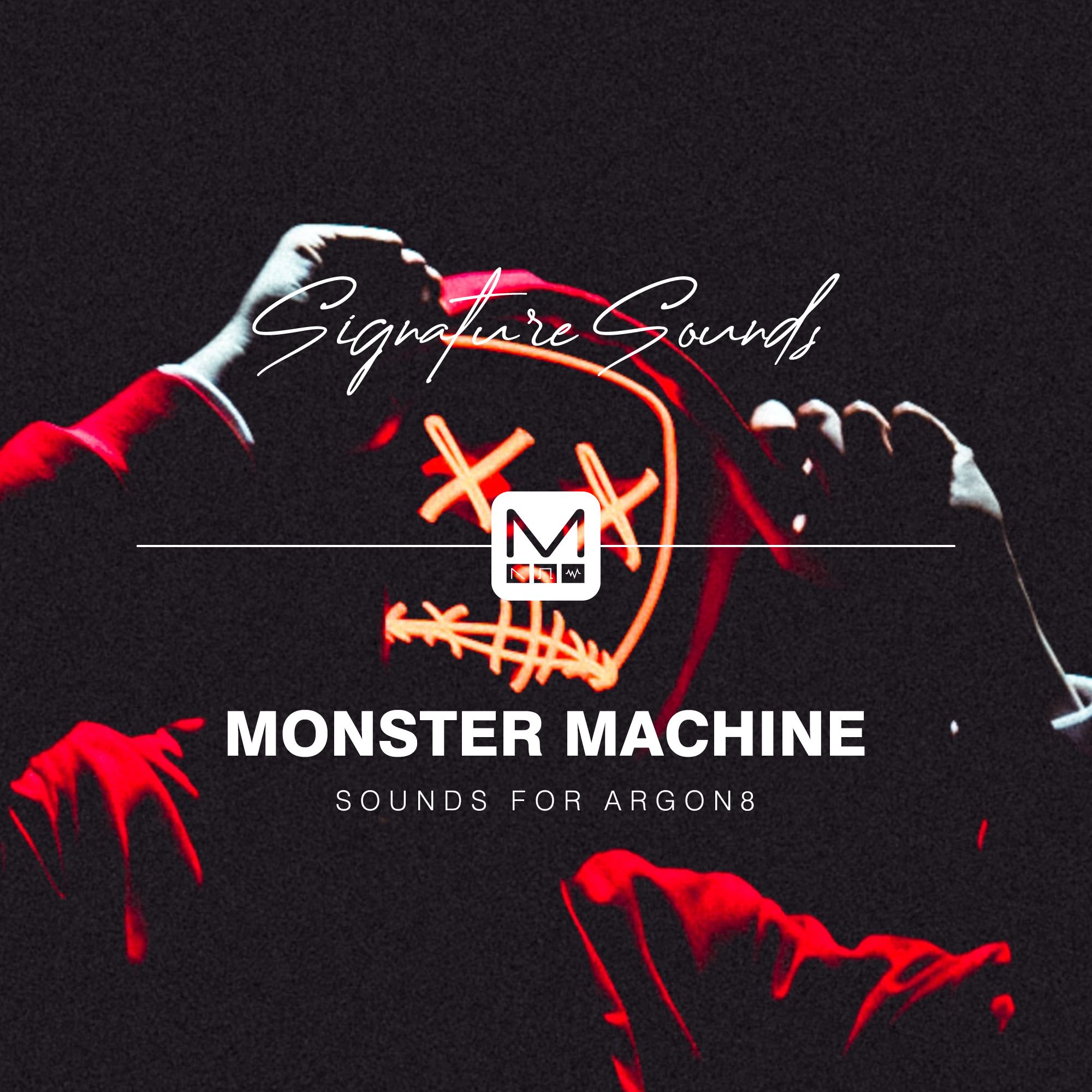 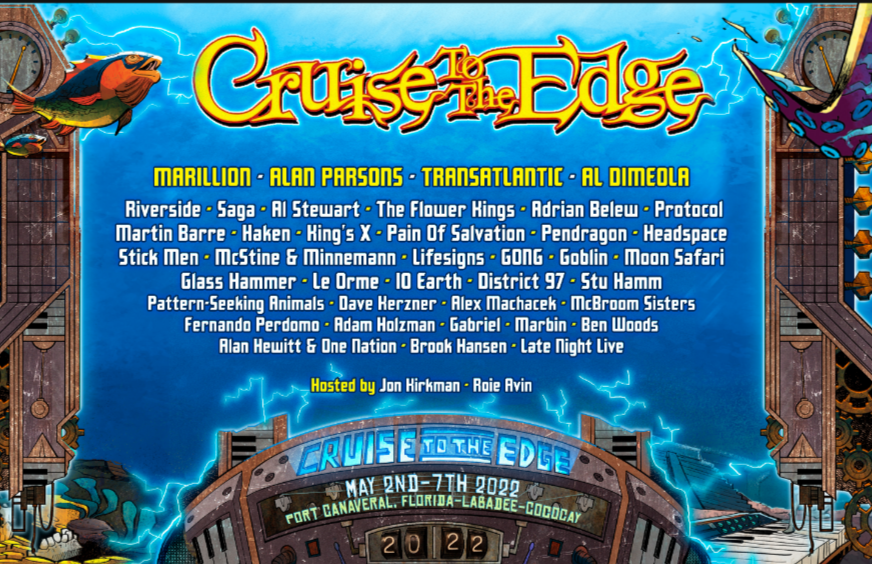