“Vedder remains creatively vibrant in his own right with Earthling.” – Consequence of Sound

“(Earthing is) from beyond our world, our time, our lives, and our dimension." – Spin

He celebrates the arrival by sharing the opener and latest single “Invincible.” The track echoes with raw energy, cinematic synths, heavenly harmonies, and lush guitars.

Fans can also tune in for an exclusive, intimate conversation between Vedder and Bruce Springsteen presented by Amazon Music. In the special, which was filmed on Bruce’s farm in New Jersey, the two break down Vedder’s new album, Earthling - from production and appearances by Stevie Wonder, Ringo Starr, Elton John and Andrew Watt, to Vedder’s songwriting. Directed by Thom Zimny, the special will debut on Amazon Live Friday, February 11th beginning at 2PM EST and will be available exclusively for 48 hours. The interview will be made available on Eddie Vedder’s YouTube page on Sunday, February 13th. 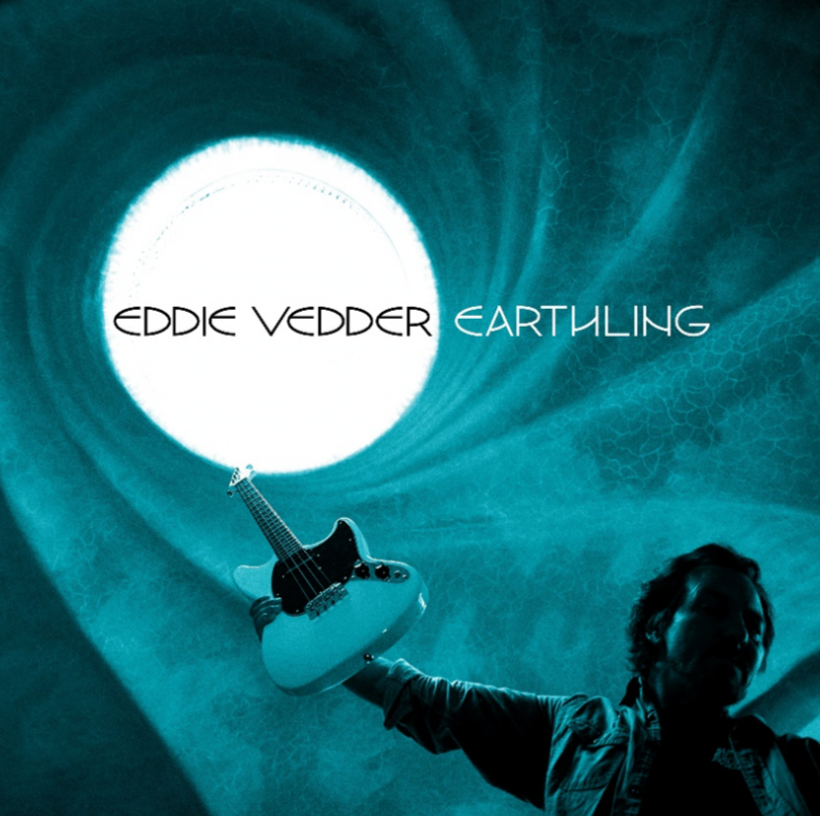 Right out of the gate, Earthling landed to widespread critical acclaim. Spin hailed recent single “Brother The Cloud” as “a multi-faceted rock track with a powerful finish,” and Rolling Stonepraised, “Despite its upbeat, guitar-heavy arrangement, the track explores the emotional upheaval caused by the loss of a close companion.” Brooklyn Vegan dubbed it an “anthemic and punky rock song with terrific vocal performance from Eddie and very hooky chorus,” andStereogum put it best as “a positively ripping, arena-worthy rock anthem.”

Earthling, which was produced by Grammy Award® winning producer Andrew Watt, is Vedder’s first album since 2011’s Ukulele Songs and his first solo tour in over a decade.

On the record, other standouts include “Long Way,” of which Variety noted, “the strident, guitar-driven “Long Way” finds Vedder narrating a tale of a man haunted by a lost love,” and “The Haves,” which Stereogum described “a searching heart ballad about personal connection, and it addresses the increasing divide between rich and poor.”

Earthling illuminates every side of Vedder and includes collaborations with some of music’s most iconic legends, including Stevie Wonder, Ringo Starr, and Elton John as well as Andrew Watt, Chad Smith, and Josh Klinghoffer. In the recent New York Times Magazine interview Eddie described it as: “the album is structured kind of like a concert: The special guests come out at the end. Stevie, then Elton, then we’ve got our “Mrs. Mills" song with Ringo. Then the last special guest was my father, whom I really didn’t get to know.” 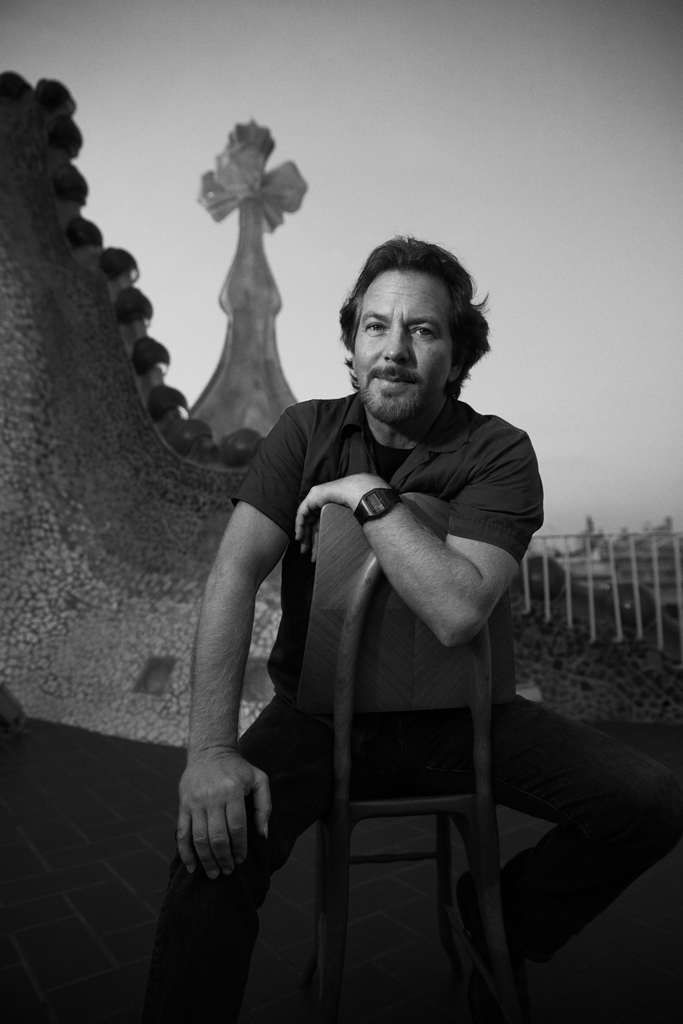 In order to bring the album to life on stage, Eddie Vedder and bandmates the Earthlings are on the road for a series of U.S. concert dates in February for The Earthlings Tour 2022. It wraps up on February 22 in Vedder’s hometown of Seattle. Special guest Glen Hansard will open the shows. See full tour dates below. 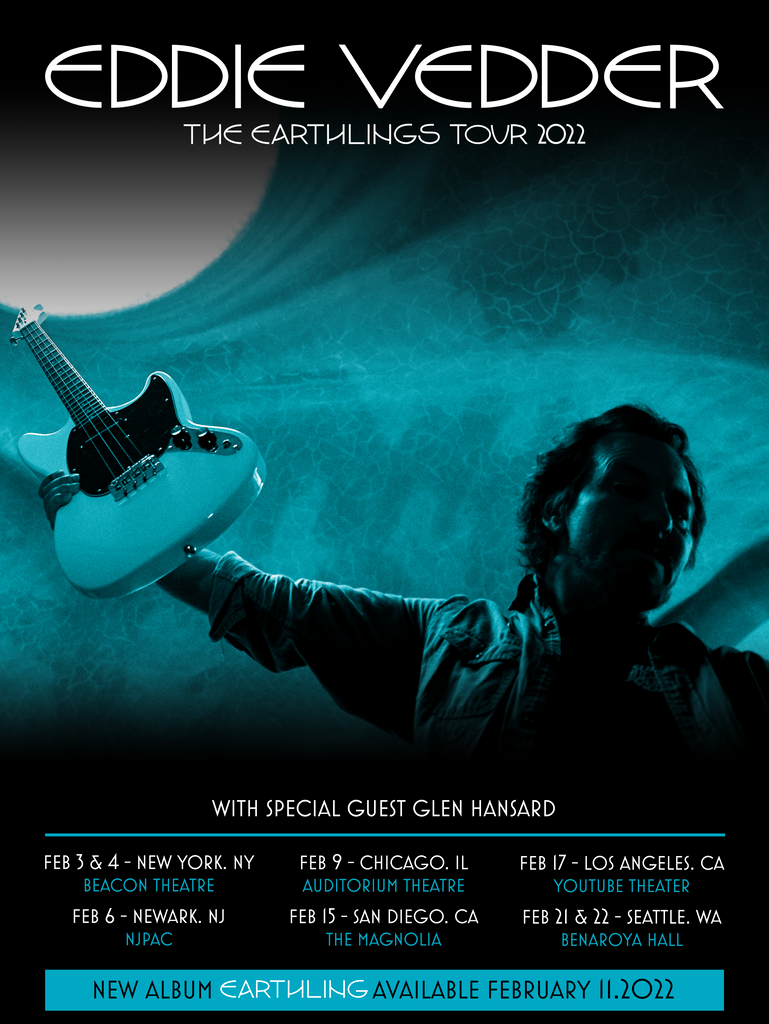 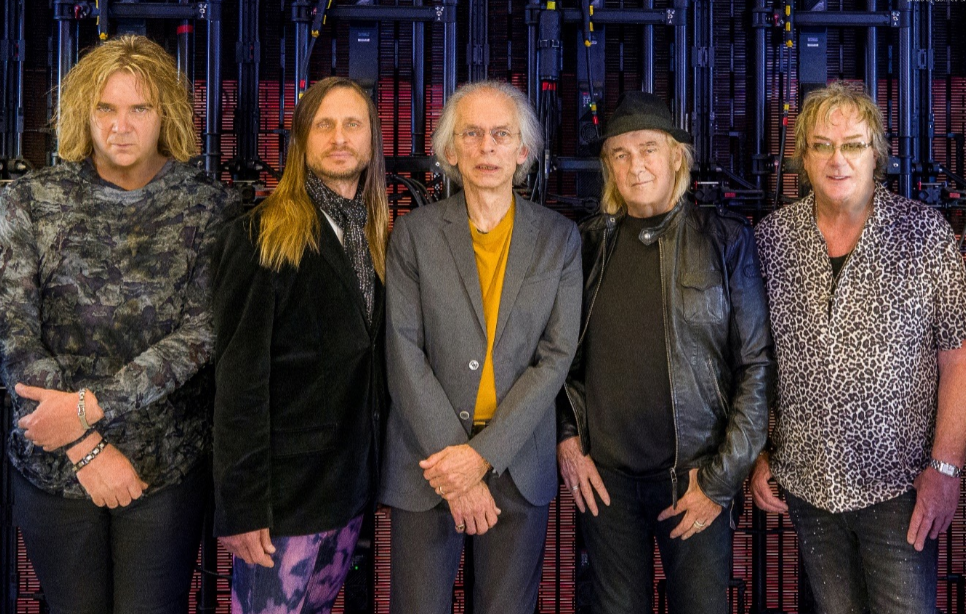