As an ancient traverse (side-blown) flute indigenous to India — known alternatively as the nadi or tuvana, the bansuri plays a marked musical role in North Indian and Hindustani classical circles, carrying with it an appropriate religious significance as a divine instrument. Indeed, its importance in traditional Indian music made it a consummate candidate for joining Impact Soundworks’ swelling VENTUS ETHNIC WINDS series. Saying that, the company collectively cares for its haunting, low tone — hardly surprising since its founders are composers in their own right, so set about creating VENTUS ETHNIC WINDS - BANSURI. Indeed, it is a perfect partner for Impact Soundworks’ SITAR NATION, the most deeply sampled sitar, tambura, tabla, and baya library ever released!

Returning to the wonderful VENTUS ETHNIC WINDS world, this series is designed to take adventurous users on a global journey, capturing the tones of pleasingly performed solo instruments outside of the Western repertoire. Running alongside that goal is an admirable intention to allow anyone to create authentic performances without the technology involved getting in the way.

With that thought in mind, the VENTUS ETHNIC WINDS - BANSURI library is based around performances by New York-based composer, arranger, and multi-woodwind instrumentalist Josh Plotner, perfectly capturing the breathtaking expressiveness of this instrument so that it shines through the many magical musical ornaments and articulations used. Ultimately, as with its previous VENTUS ETHNIC WINDS virtual instruments, Impact Soundworks strived to capture as many of these techniques as possible — portamento, true legato, three different release ornaments, staccato, bends, and vibrato are all present and accounted for within the unified (VENTUS ETHNIC WINDS) user interface that’s as easy on the eye as it is to use. No fewer than 14 distinct playing techniques and ornaments were captured with multiple dynamics and round robin variations at 24-bit sample depth using a close ribbon mic and a pair of room mics. Meanwhile, almost 350 unique phrases in multiple lengths and styles are available as a result to inspire any adventurous composer. These can be used within KONTAKT itself or loaded as .WAV files in a DAW for further editing, slicing, and arrangement.

Clearly, composers are in for a treat. The VENTUS ETHNIC WINDS series — including, of course, VENTUS ETHNIC WINDS - BANSURI — brings a new way of triggering unique, authentic performances without manually sequencing keyswitches and CC data to the virtual instrument table. These so-called ornaments can be played back at random, ignoring normal articulation mapping. When the onscreen ORNAMENTS knob is set above MIN (0%), ornaments will begin randomly playing back each time a sustain note is triggered (or released) and by clicking the Record button this ornament playback will be recorded into memory. More meaningfully, if this knob is set to 25, for instance, then there is a 25% chance that an ornament will be played on attack or release.

Like many Impact Soundworks releases before it, VENTUS ETHNIC WINDS - BANSURI includes TACT (Total Articulation Control Technology) to create a consistent plug-and-play performance experience via a modular, scalable system. It manages articulations with up to three triggering types, volume and offset control, and independently controlled legato toggles. The best performance setups for users can quickly be created allowing users to get on with being musically creative.

Controls for tweaking and editing controls are available in abundance, then. VENTUS ETHNIC WINDS - BANSURI even comes complete with a bonus tambura and sitar drones patch taken from Impact Soundworks’ SITAR NATION library to help its users create magnificent multi- instrumental textures that can be made to sound out of this world, thanks to the onboard effects rack featuring (an analogue-modelled parametric) EQ, COMPRESSOR, DELAY (line), and (convolution) REVERB. Wherever a composer chooses to take it, rest assured that VENTUS ETHNIC WINDS - BANSURI sounds simply divine with inspiration made musically simple!

VENTUS ETHNIC WINDS - BANSURI can be purchased and digitally downloaded (as a 6.6 GB library totalling 4,500-plus 24-bit samples) directly from Impact Soundworks for $99.00 USD from here: https://impactsoundworks.com/product/ventus-ethnic-winds-bansuri/#purchase 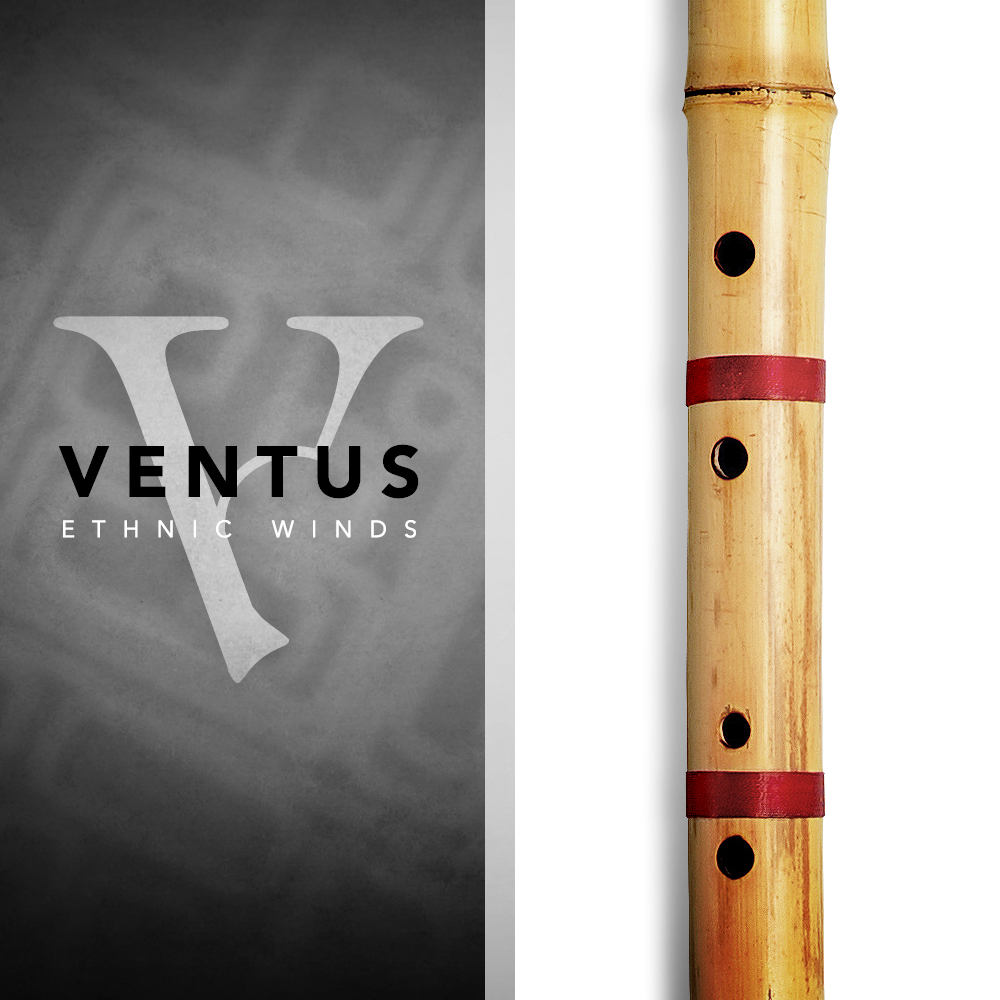